The Destruction of a Horse Chestnut Allee

Earlier this year I was shocked when driving through Boussay to realise that the allee of Horse Chestnut trees that runs from the chateau gate to the D725 road was being systematically cut down and removed.

I don't know who owns this rural track. I have always assumed it was the chateau, but it might not be. So far as I know walkers have a right of access to it but motorised vehicles were prevented from using it by a chain stretched across the chateau end.


The allee with the Horse Chestnuts in full leaf and flower, as they used to be. 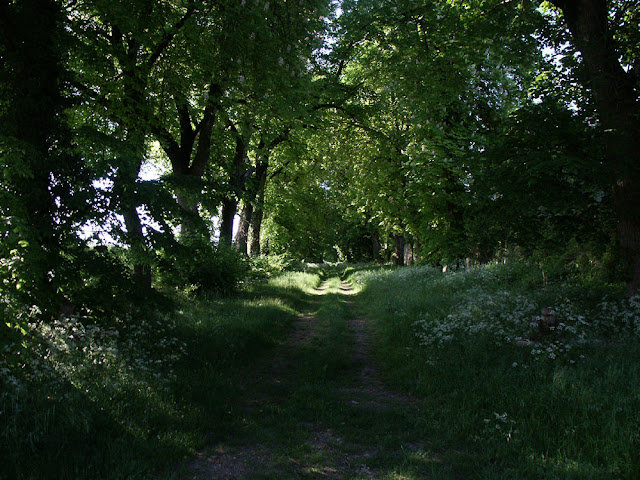 I also don't know why the trees have been removed. I hope it wasn't because of a problem that is purely aesthetic. These were lovely mature trees, but these days Horse Chestnuts go prematurely brown in mid-summer, due to a leaf mining pest. The tree is native to the Balkans, but has been present in Western Europe since at least the 17th century. In its native territory it is attacked by leaf mining caterpillars which to some extent are kept in check by local predators and climatic conditions. Until a couple of decades ago the leaf miners hadn't made it to the West so the trees thrived. But now they are here with a vengence. They are impossible to control. Because of their very complicated lifecycle there is no point at which you can effectively intervene and break the cycle. The leaf miners don't cause the trees to die though. In fact they probably don't even stress them very much. The leaf miners just make the trees look brown and ugly when they should be looking green and lovely. It's a shame.


The same view a couple of weeks ago. 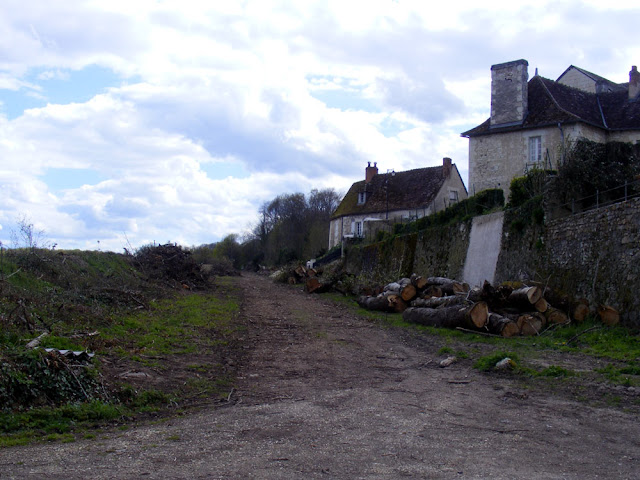 The leaf miners have few local predators. Several Tit species will eat the caterpillars, but have been shown to reduce the population by less than 5%, so not enough to make much difference. Since 2001 the EU has funded a multidisciplinary research project into the control of the leaf miner.


The new view of Boussay from the south-east. It's a really big change in the landscape
as previously all of these buildings would have been obscured by the Horse Chestnuts. 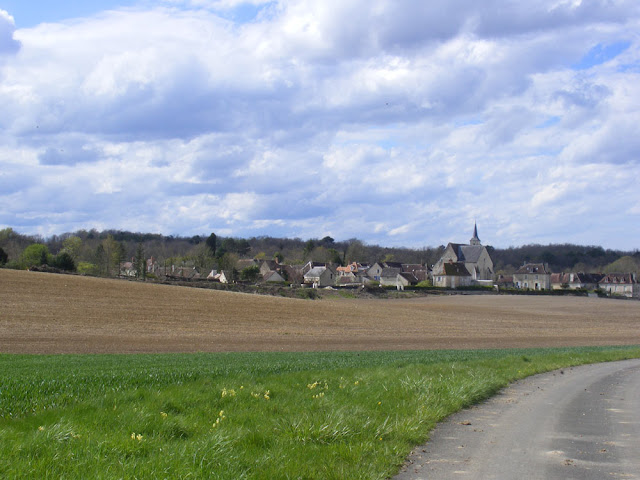 Another possible reason for removal of the trees is Bleeding Canker. This is the most severe disease of Horse Chestnuts and it has been on the increase since the beginning of this century. There is currently no effective treatment and eventually trees need to have affected branches removed as they become brittle and may drop unexpectedly. Many trees survive Bleeding Canker, but it may get to the stage where ultimately the whole is tree cut down before it dies. Around a third of Horse Chestnuts in France are affected by Bleeding Canker to some extent. There are some interesting new treatments being trialled in the UK where allicin from garlic is being injected into trees, and in the Netherlands where they are wrapping the trunks and heating the bark to 40°C which kills the pathogen but doesn't harm the tree.

There is a third possible reason the trees might be felled, and that is if the farmer has decided to extend his field and sees the trees as merely an obstacle to gaining another hectare or so of arable land.

It would be interesting to know why the trees have been removed and who made the decision.

A reminder: We are accidental owners of a caravan (which can be seen here). At the moment we are paying to keep it stored, but that doesn't make sense as we won't be using it as a caravan. We're not sure how well it tows, so you may need a trailer, although industrial quantities of WD40 may make it towable if you're not going too far. Give us a negotiable pittance for it, tow it away, and it's yours.

If you're looking for a garden office, drop us an email.
Posted by Susan at 09:00

Email ThisBlogThis!Share to TwitterShare to FacebookShare to Pinterest
Labels: Boussay, butterflies and moths, nature and wildlife

I have many Horse Chestnuts, Maronniers d'Inde in French, around me, here in Paris, whether the pink or white variety. For many, many years, going as far at least as last mid century, I noticed their leaves turned brown very early in the season. I assumed it was part of their genetic make-up, not being a native tree.

Susan...I think all these trees that are being felled this year are going to the two operations at Paulmy, both new, both extremely active.... And seem to be buying up every scrap of wood they can lay hand to!!

I'm glad to learn that the leaf miners won't kill the trees. There's a particular allee we enjoy in spring but that's always brown in September and I've been afraid the trees would kick the bucket. But it sounds like they are safe. Unless they get bleeding canker or their owner looks at them and sees euros.