Some more cars from the Museo Storico Alfa Romeo:


A 1925 RL Super Sport with a brush aluminium body by Castagna. I don't know anyone who wouldn't look good in one of these, and that includes me. It's not as big as first appearances would have you believe, being about the same size as our grand ladies. More about this car here. 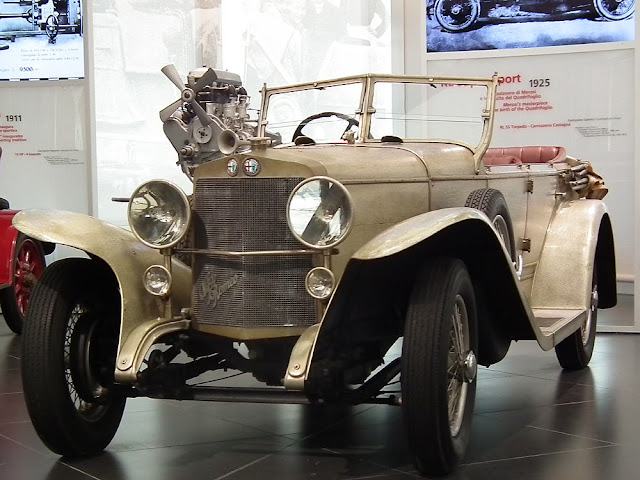 This car isn't red either: it's a peachy pink 1955 Giulietta 4 door berline (saloon). 1.3litre, 4 speed gearbox, and the sensible sister of spider from two weeks ago. I find it difficult to believe that once upon a time cars as pretty as this were "ordinary". 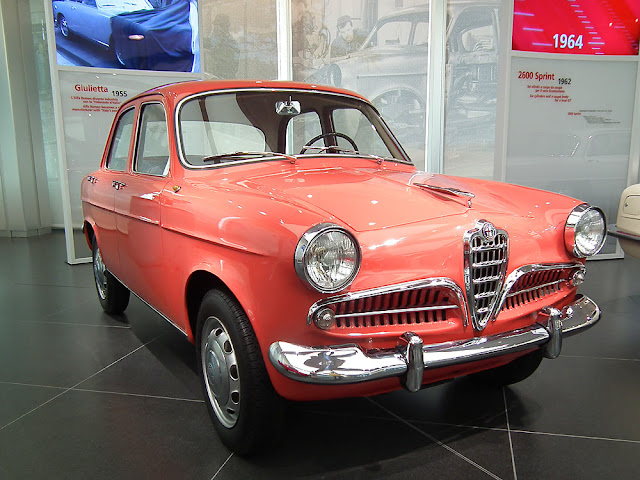 An orange 1970 Alfa Romeo Montreal. Not my cup of tea, but I do know people who go weak at the knees at the thought of this car. 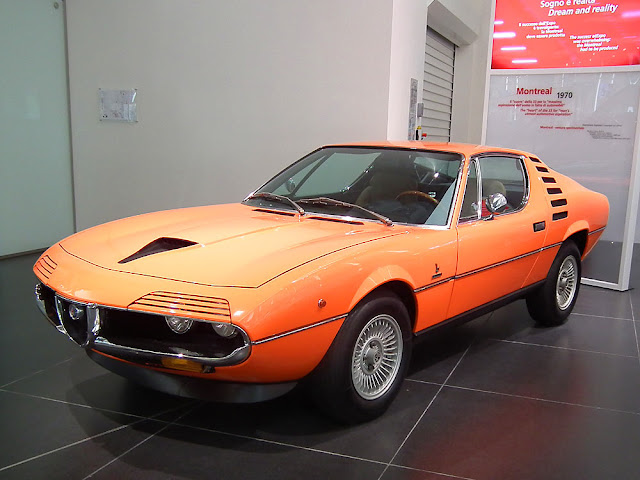 In the 70s it was Fiat for me but these days I'd be happy with a (red) Lancia Beta Montecarlo.

I'm not sure I could stoop that low - literally!!! If I was looking for a Lancia, it would have to be this

There was an RL Alfa that use to live in Australia and owned by a friend of mine in the Alfa Club Melbourne. It was used in the 50s to map out the Phillip Island race circuit.

And the Montreal we have several her in OZ. Alfas are a passion Simon. A bit like Italian women - we put up with the hassles for the excitement.