Retromobile - B is for Bentley

As is our customary want, we went to Retromobile again this year. And as is my other customary want, I took a photo of a Bentley Speed Six, because of all the cars in the world, at age 10 all I wanted was a Speed Six Bentley, because they were the biggest, fastest cars ever. 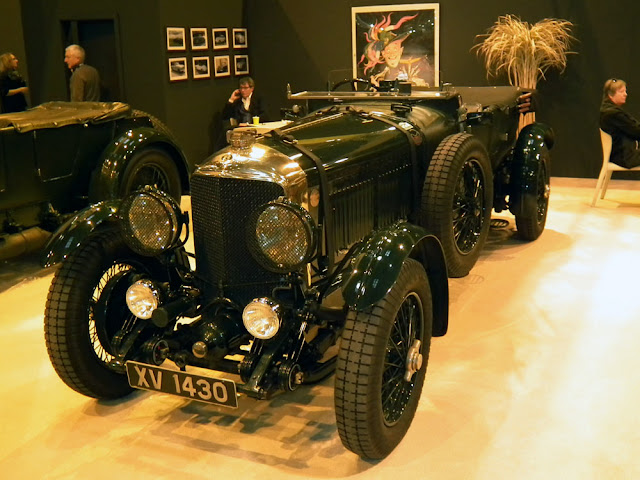 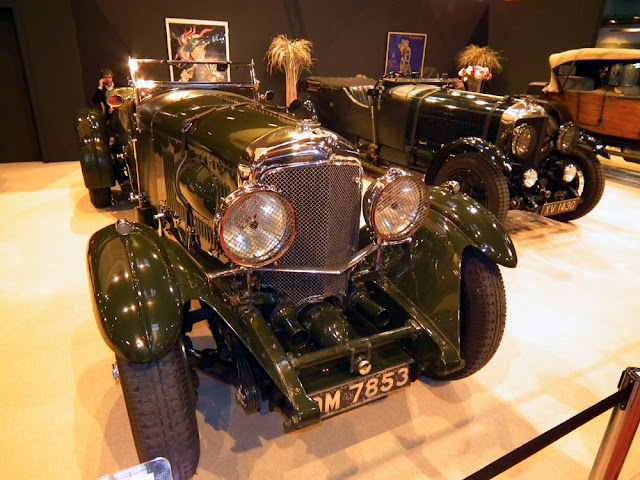 So maybe not the biggest, but I still want one. And I will have its big brother too, because what's an extra million euros between friends? Who wouldn't want an 8 litre, straight 6 open sports car bigger than some member states of the United Nations?

There will be other Retromobile photos to follow, because there were some really interesting cars there (not all of them beautiful).

Au jardin hier: The almond tree is in full blossom in the orchard. Almonds are very early flowerers but we won't get any almonds, we almost never do. This year the week of wet windy weather will prevent any possibility of pollination. The Abricot Rouge plum is very close to blossoming too.

Talking to one of the Bio Boys at the market he commented that the rain is no problem, welcome even, but the wind has caused a lot of problems, ranging from being horrible to work in to punching holes in polytunnels and whipping apple trees around. We are expecting gusts of up to 110 km/h today and have an orange weather alert.

A la cuisine hier: Cheese Crisps, which we have a lot for lunch because they are quick and delicious.

Pork chops, seasoned with a fancy salt and spice mix from Île d'Oléron given to us by Antoinette and Niall, seared and braised, served with mashed potato, steamed chard and boiled carrots. Followed by Tarte fine caramélisée aux pommes. I made some biscuits with the pastry scraps, using the same technique for caramelising them. I thought later I should have made them cheesey. Oh well, next time...

Loire Valley Nature: An entry has been added for English Bluebell Hyacinthoides non-scripta. Many of you may think you have this plant in your garden but it is almost certainly a hybrid garden cultivar, not the wild species.
Posted by Simon at 09:00

One great car. Love the colour of that one. Keep saving Simon...

Almond trees need a lot of water to produce - hence the problem facing some in California.

No wonder ours isn't happy then.

Just, Wow.
What were the years for the Speed Six? I'm guessing perhaps the 19-teens?