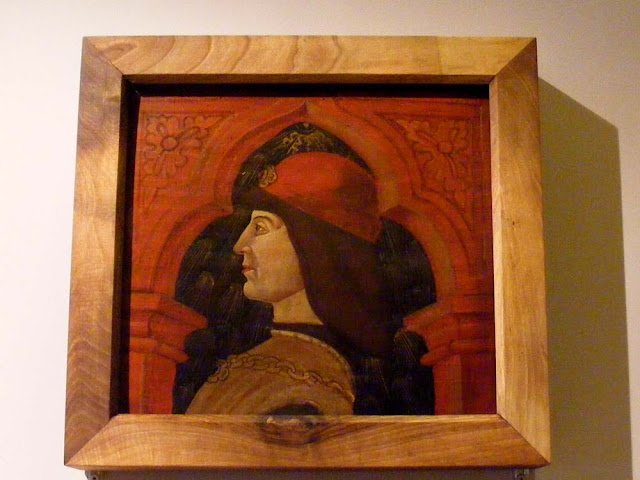 How many times have you seen portraits of unknown people by unknown artists? Gazillions, I'll bet. 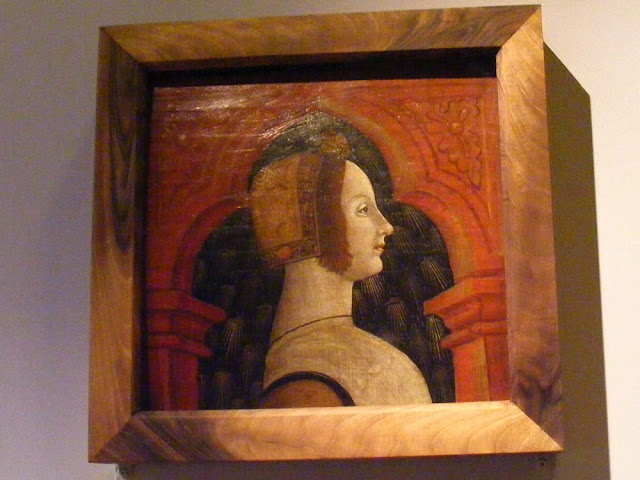 So here are some more. These are four of a set of thirty-two which today hang in the Castello Sforzesco in Milan. When they were painted it was fashionable to commission profile portraits of family and friends and fix them to the ceiling beams and other objects around the home in Lombardy. 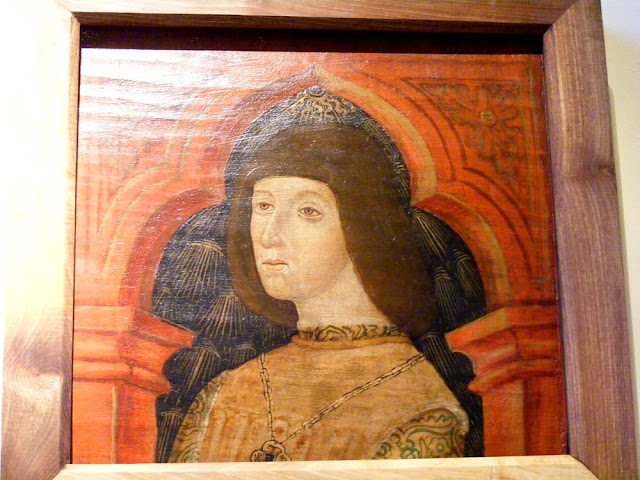 It seems to me, from the slightly odd backwards leaning posture of the figures that they did indeed sit for the portraits. Because of the angle of view, looking up at them slightly and into an ornate external archway, I initially thought of them as standing figures, but they must have actually been seated on low backed chairs I think. 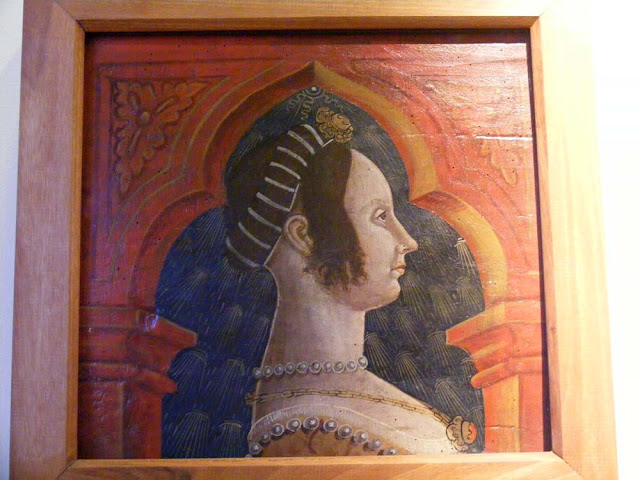 Their background beyond the archway is rather mysterious. Does it represent the night sky, and if so, why are they portrayed at night? Is it just because the dark sky contrasts well with their pale flesh and rich attire? Another mystery is why the second young man is a three-quarter portrait and not the strict profile of the others. Was his portrait originally hung somewhere like a corner, where it looked better to have the sitter turned slightly?

A la cuisine hier: Spaghetti carbonara. The real thing. No peas. No cream. Just cheese, lardons and eggs. I haven't made it for years (decades maybe). I was pleased with how it turned out, because it can be tricky.