The badgers at this privately owned medieval chateau in what were once the badlands of the nearby Brenne are busy undermining embankments and walls. The main entrance to their sett is under the tree below, to the right of where I was standing to take the photo. The tunnel goes under a causeway which at one stage I think must have been the driveway to the chateau. The wall on the other side is beginning to tumble too, as the badgers just motor their way across the top and down the slope of rubble. 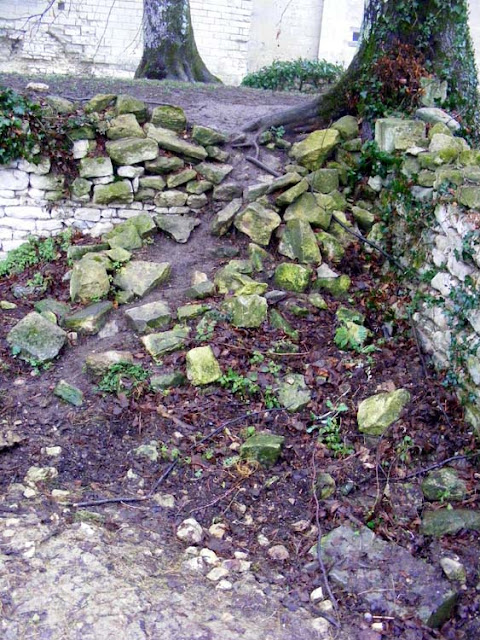 Once on the other side of the causeway they are in the old moat, now a courtyard. The hole in the photo below is directly under several storeys of substantial chateau building. This is about in the middle of the back, roughly where the residential part ends and the stables begin. 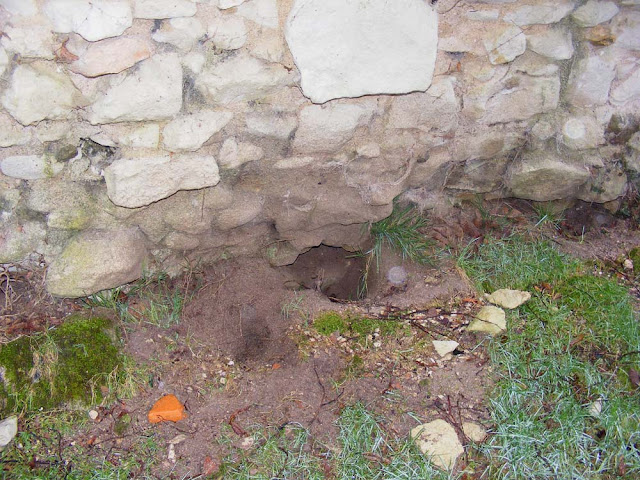 This hole (below) is inside the stables, under an external wall, but not in alignment with the hole on the outside in the photo above. 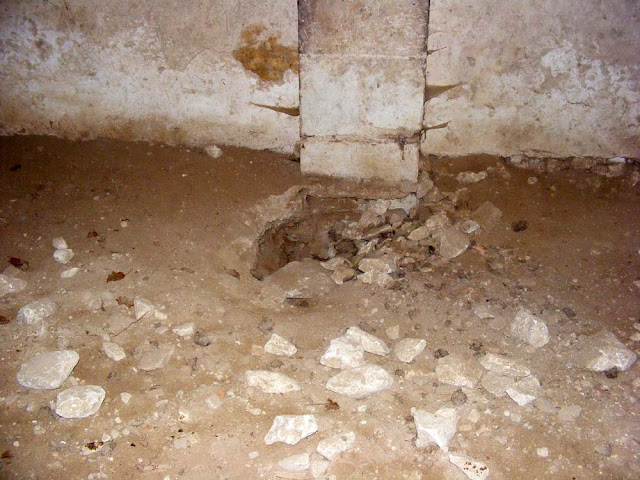 These two holes (below) are inside the stable, under an internal wall. Goodness only knows how far or where they go. 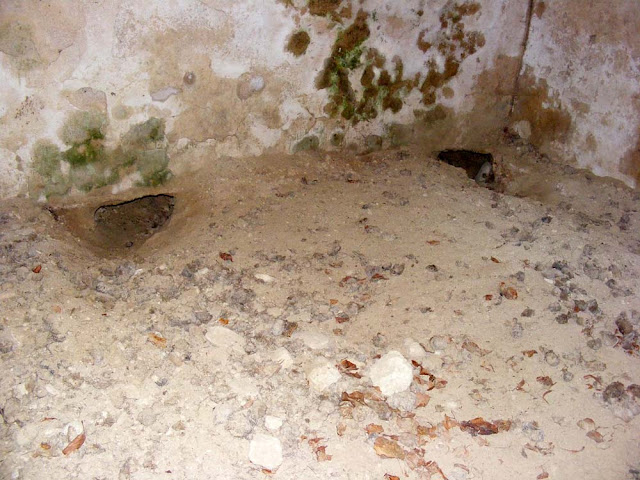 Chicken in a Greekish style lemon sauce, served with rice.
Posted by Susan at 09:00

Email ThisBlogThis!Share to TwitterShare to FacebookShare to Pinterest
Labels: nature and wildlife, Pictures of Chateaux, the Brenne

Is there a way to trap those badgers before they do more extensive damage and relocate them in the countryside.

I was thinking the same thing. Or perhaps to block all but one hole, force them out that way?

I had no idea badgers could do damage to buildings like this and thought they confined their activities to the woods. This does not improve their public image!

They are in the countryside. You couldn't get much more in the countryside than their present location. To relocate them is almost impossible, because you can't just dump them in a new area. There has to be an unoccupied sett that they approve of and will use.

Badgers would just dig through the blocked exits, or dig new ones.

The owner of the chateau seems surprisingly unconcerned. All this badger activity is new in the last twelve months -- it certainly didn't look like this the last time I was here. Ultimately if she wants to get rid of them she will have to call in one of the licenced badger hunting clubs, who will dig them out as far as possible and send in dogs after them. It's fairly gruesome.

Badgers wander where badgers wish....
the first thing I made in forestry was some badger gates for a new fence that was going up on the estate!!
That was before learning how to work with trees....or maintain tools....badger gates to allow them free passage.
If we hadn't, it wouldn't have stopped them....they'd've just made their own way through.