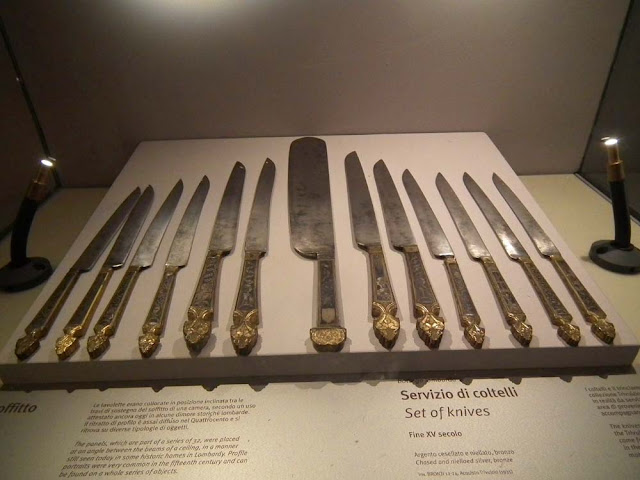 This set of knives from the end of the 15th century is displayed in the Castello Sforzesco. They are made of chased and nielloed silver, and bronze.

Milan in the 15th century was by far the most active and reknowned centre of arms and armour manufacture in Europe. All the metalworking trades would have been closely connected and influenced one another, so it is no surprise to see fine cutlery from this period too.
Posted by Susan at 09:00

Those are wonderful....
somewhere here...
I think I've still got it...
is a Toledo "sword" letter opener....
with a properly chased silver, yellow and red gold pommel on black...
and top of shaft...
this has made me want to dig it out.

They obviously have been well used over the years.