A Tourangeau stained glass conservator has invented a particularly innovative method of protecting the great cathedral windows. It's a kind of invisible and everlasting secondary glazing, originally developed for protecting the stained glass windows of Tours Saint Gatien's Cathedral.

At the moment the Tours workshop is dealing with a 13th century window with 17th century elements from Chartres. It is Bay 116 from the famous Cathedral there, 45 square metres of stained glass, and has been in the workshop for two years already being conserved. They also have a window from Reims they are working on at the moment. Previously the workshop conserved Bay 110 from Chartres, and they have done windows from la Sainte Chapelle and Bourges. 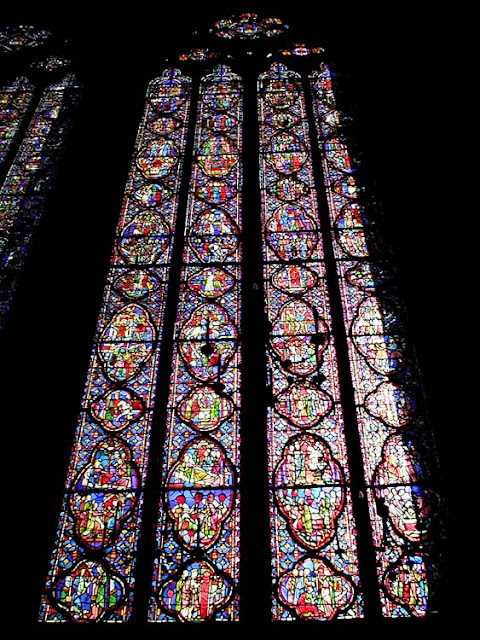 Stained glass suffers on two fronts in situ. On the inside it gets dirty from candle soot. On the outside it is affected by acid rain and other forms of pollution. Ordinary secondary glazing on the outside will protect the stained glass, but it is reflective and unattractive.


A stained glass window in Chartres Cathedral (before conservation). 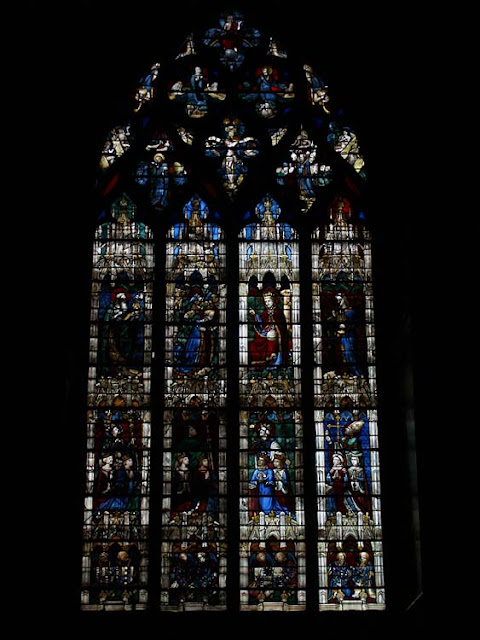 The Tours workshop of Hervé Debitus have developed a technique of secondary glazing which is not attached to the stained glass, leaving a gap for air flow to prevent condensation. The pattern of the stained glass is lightly sketched on the secondary layer, following the lead cames and the broad colour scheme. Then the new glass panel is baked, giving it a patina and making the pattern variable and not flat. Light passes through the new panel in much the same way as the old glass, resulting in a more sensitive presentation. This protective panel is only attached after the original window itself has been restored. 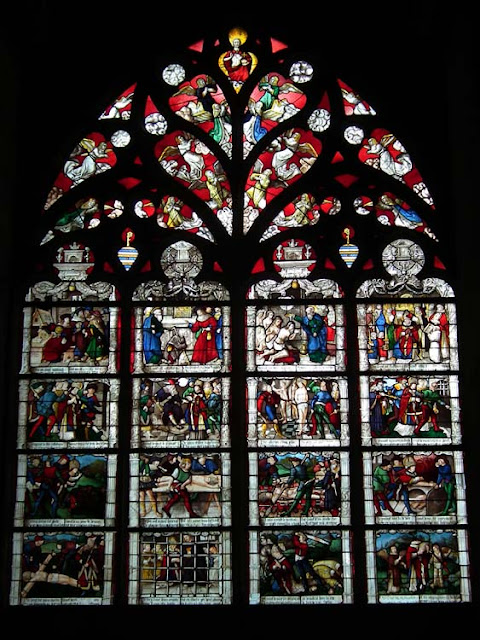 Loire Valley Nature: A new entry has been added for Western Clubtail Gomphus pulchellus. Nowhere else in Europe can you see so many species of Gomphid dragonflies in one area, and they can be tricky to tell apart. This is one of the common ones.

Incredibly complicated but what a stunning result.