I wrote the other day about my birthday when I was in Korea ten years ago.

Because I was working for a month I had a good chance to sample may many foods, but not being one of those people who routinely photographs their food (there are better things to be doing with it, quite frankly) I don't have evidence of much of it. Photos I do have include: 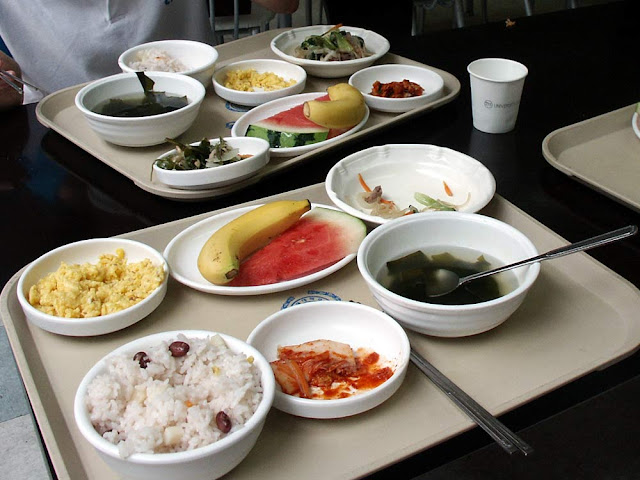 Lunch was provided every day and usually consisted of soup, a rice dish, a meat dish, vegetables and desert. And kimchi - in fact, as much kimchi as you could eat. Some days were scrambled egg rather than meat, and other days the soup wasn't seaweed soup. Not often though. Strangely, for a country where all the foods seemed to consist of big robust and spicy flavours, school lunch seemed a bit lacking. 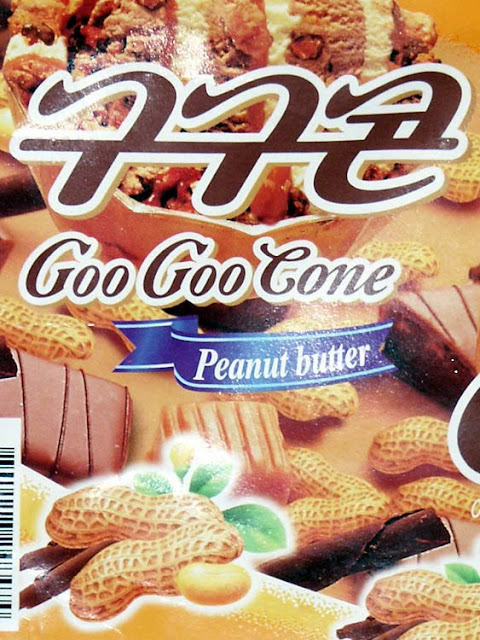 Goo-goo cones were my favorite. A peanut butter flavoured cornetto like ice cream. Ridiculously inexpensive and therefore a staple food for blokes on their own. 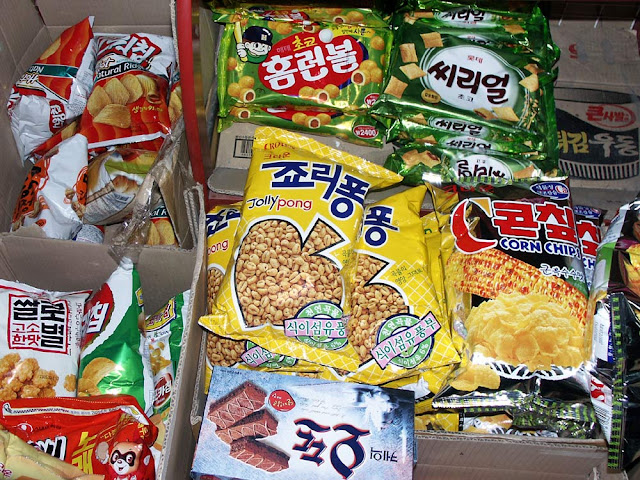 Many kinds of snackage, including Jollypong. From memory a sweetened variety of puffed wheat, eaten like peanuts. I can't understand why anyone wouldn't want a pack of Jollypong.

After work a couple of beers and a bar-b-q dinner was the standard option, sometimes preceeded by a bowl of manduguk, a dumpling soup. Other dishes tried included a very (very) spicy black pudding stew, salted (and chillied) herring (I think), and lots of rice rolls. I also became a fan of many varieties of street food. 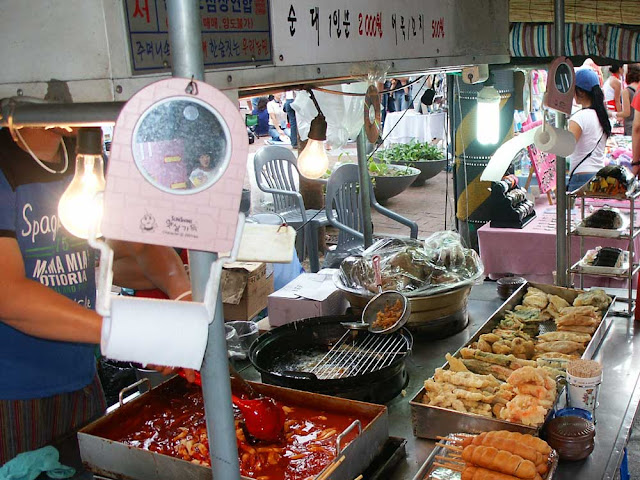 How could you NOT like Goo Goo Ice Cream!!!! OR Jollypong!!!!

When I was in Seoul in 1988, bananas were a luxury item and quite expensive. For fifteen days out of the month I stayed there, I had lunch at the Korean cafeteria next to the newsroom. I did enjoy the meals and the food, but the last straw, so to speak, was what I mistakenly took for tomato soup! LOL Alas! it was some kimchi mixture. After that I had to go on a Western diet of raw oysters, yoghurt, bread and apple jam for a few days to recover!

Jollypong will be my name for a bowl of sweetened puffed wheat from now on...
it will be the one from Lidl, tho'....
the original and great "honey monster" Sugar Puffs are no longer what they promise...
Lidl's have 4% honey... Kellogg's only 1%....
the honey monster has eaten all the rest!!
T

The school dinner looks on a par with the Japanese one we were given. What it lacks is the sweet, top palate sticking bread with sweet potato jam!