It was 10 years ago today

.. that my teaching stint in Korea came to an end.


I had really enjoyed myself, although working 6 days a week from 08.30 to 16.00 was harder than I was prepared for when I arrived. This was supposed to be a fun summer school holiday activity for primary school kids!


The tall building at the end of the street is
the school I was teaching at. 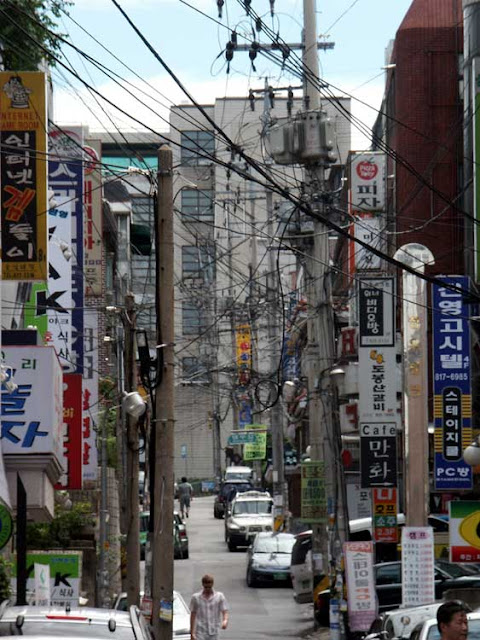 In the times I wasn't working (or preparing lessons, which apparently isn't considered work, as any teacher will tell you...) I had a bit of a social life, mainly revolving around BBQs, bars, and the odd bit of sightseeing. Although we teachers were living on campus, there was a riverside swimming pool a short taxi ride away, a network of bike paths, and a highly efficient subway system for trips into the centre of town. 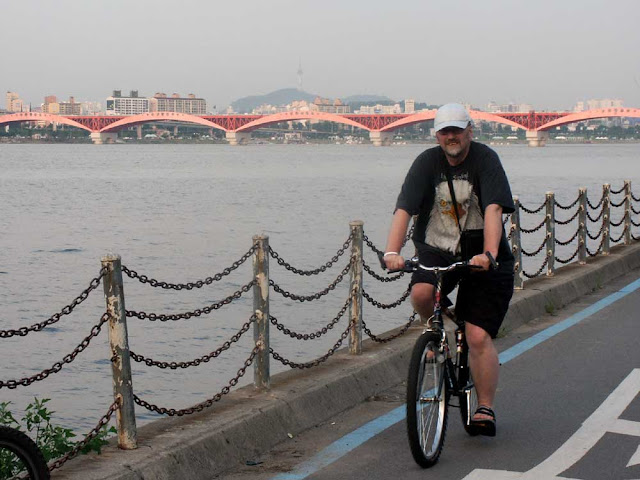 I really enjoyed Seoul - after a couple of weeks it rained overnight and washed the smog away and I was amazed at the views the next morning - I hadn't realised I had been two weeks in a city so close to proper looking mountains. One Sunday I went on a walk through the mountains with the Royal Asiatic Society, and another weekend I visited Jamsil Sports Complex, the site of the 1998 1988 Olympics, with some of the other teachers.


The mountains from Seoul 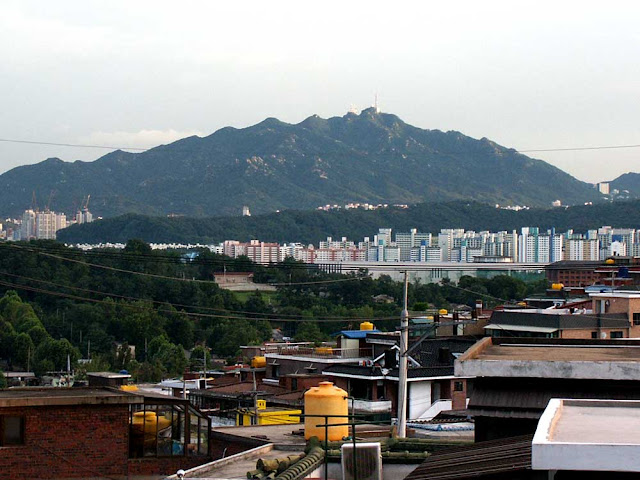 Seoul from the mountains 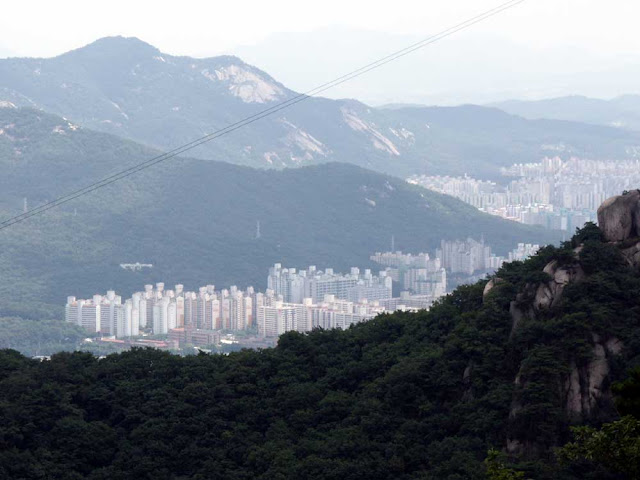 I really enjoyed myself, even if much of the time I was too hot and slightly confused. I was impressed by the literacy of your average Korean, made evident by just how huge (and full of people) the many books shops were. The foreign language section of one bookshop was enormous, and the books ridiculously inexpensive: it was in Seoul I bought my copy of Herodotus' "The Histories" (in English) for the equivalent of £2. What a civilised country.

The Summer Olympics took place in 1988.

For some reason when you told me about your time in Korea I'd assumed that it was longer than ten years ago. Looks like hard work and hard fun too!

It always made me smile (and sometimes weep!) when people assume that teaching is a 9-3.15 job...

However I think it is probably true of most of our perceptions of the jobs other people do!