The Rise and Fall of the Silk Industry in the Touraine

Once upon a time Tours was the centre of the silk industry in France. Wealthy folk from all over northern Europe would come to the city to stock up on fine cloth. The industry started in the late 15th century with Louis XI sponsoring the planting of white mulberry trees and encouraging housewives to earn a little extra cash by raising silkworms in the many abandoned limestone quarries along the Loire.

19th century silk damask woven in Tours, on the walls in the chateau of Candé. 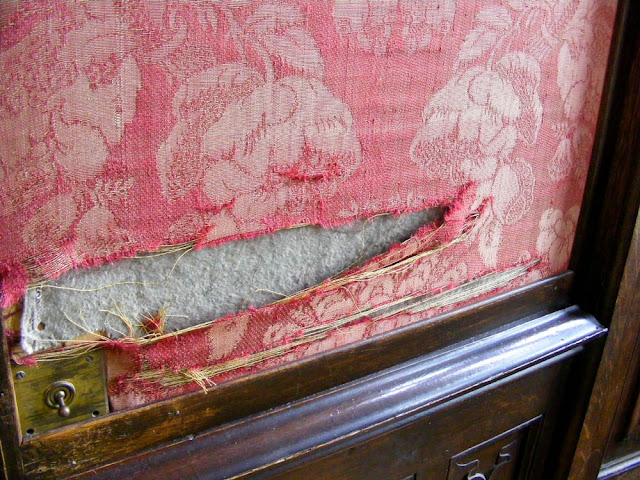 By the 17th century, a third of the population of the Touraine was involved in the silk industry -- raising the caterpillars, processing the raw silk, spinning, weaving both cloth and ribbon or braid, dyeing or selling cloth. But many of the weavers were Huguenot Protestants and when the Edict of Nantes was revoked in 1685 vast numbers fled, often to resume their careers in Spitalfields, London. This was a great blow to the industry, and the population of Tours. The city never regained its status as the centre of French silk manufacture. Nowadays there are just traces of all this activity left in the Touraine, with the final straw being outbreaks of disease in the silkworms in the 19th century. Only a single weaving workshop remains, at Saint Avertin, and they import the thread they weave. The last silk weaving factory in Tours, in rue Paul Bert, finally closed its doors about 10 years ago.

The caves of Chateau Gaudrelle, on the Quai de Loire, were used to raise silkworms in the 17th century, before they were used to make and store wine from the 19th century. 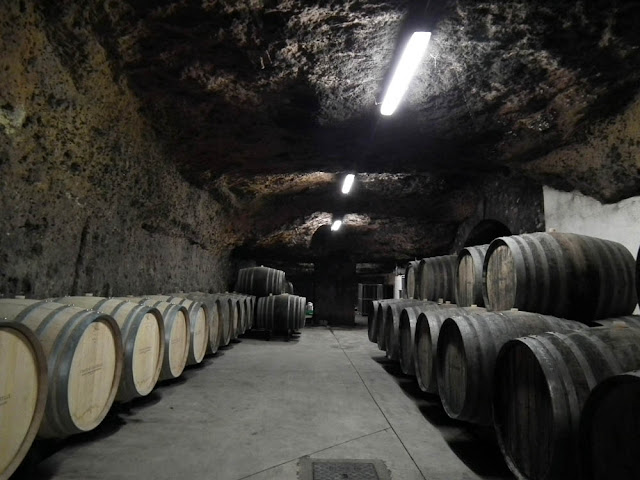 The industry ultimately lost its remaining economic importance within a generation in the  late 19th century. A fungus called Beauveria bassiana attacked the Domestic Silkworm Bombyx mori caterpillars, consuming their haemolymph fluids (ie blood) and leaving them covered in a snowy white shroud of spores. The disease became known in French as muscardine, because it looked like a sort of sugary spicy chewy candy of that name.

An unidentified caterpillar (not Bombyx mori) on the banks of the Loire which has been infected and killed by the fungus muscardine. 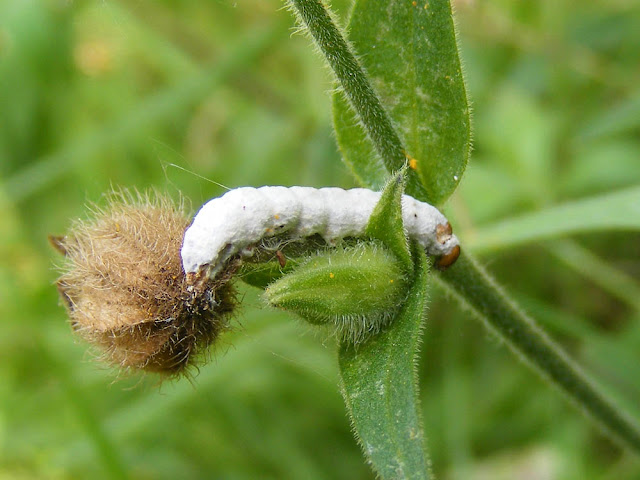 The cause of the disease was discovered by a remarkable Italian entomologist called Agostini Bassi, from Lodi, near Milan. His work, covering 20 years of experiment and observation, is the insightful precursor to Louis Pasteur's on the germ theory of disease. It was Bassi who was the first to realise that tiny living organisims can be pathogens, and Pasteur was greatly influenced by him and owes him much. Following his work on muscardine Bassi brilliantly speculated that measles, syphilis and the plague were all caused by micro-organisms.

A White Mulberry Morus alba leaf. Silkworms thrive on these. 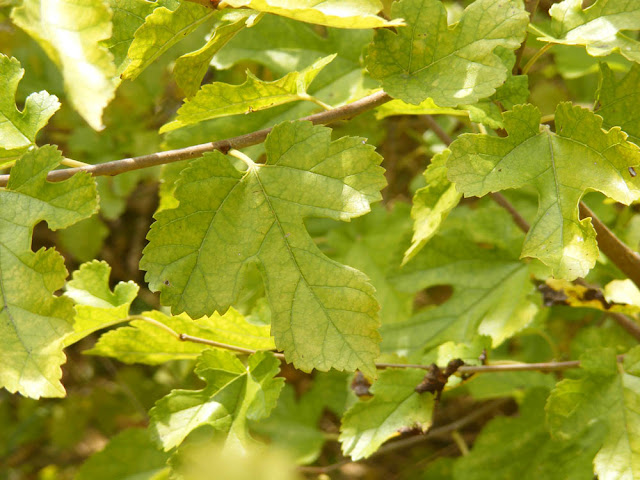 Although Beauveria bassiana turns out to occur naturally in soil all over the world, and infects all sorts of caterpillars and other insects, the silkworm disease had only appeared in Italy in 1805 and by 1841 was in France. The parasitic fungus is capable of killing a caterpillar in a single day (and there have been interesting recent trials using it to infect malaria mosquitoes and bedbugs). In Italy Bassi's advice of using disinfectants and keeping the silkworm 'farms' clean as well as spacing the caterpillars out and destroying infected ones saved the industry. But in France, despite his 1835 paper on the subject being translated into French, by 1849 production was heavily affected in the Touraine. A generation after Bassi, the Tourangelle silkworms were again devasted by disease. Louis Pasteur was asked to investigate and discovered two more killer pathogens. He recommended much the same husbandry practices as Bassi, but by the 1870s the industry had effectively ceased in the Touraine.

A silk weaving loom from the 1630s, saved by Maurice Dufresne from a factory in Tours and installed in his museum near Azay le Rideau. 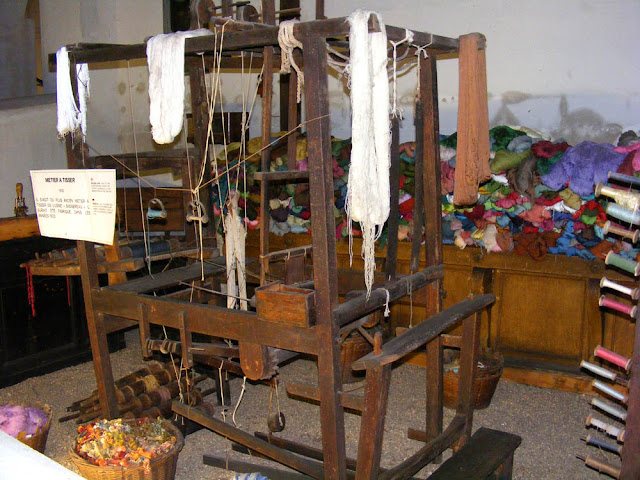 This panel (below) in Souzay-Champigny says:
Silkworms. (Sericulture: raising silkworms: 2500 years BC). A trader lived in this house in the 18th century. Thanks to sericulture he made a fortune in Denmark. The silkworm is the caterpillar of the Domesticated Silk Moth which encloses itself in a silk cocoon to prepare for its metamorphosis into a moth. The silkworm is extremely voracious and feeds exclusively on mulberry leaves.
How did silk come about? According to one legend, a Chinese princess called Xsi-Ling Shi would drink her tea in the Imperial Garden, and one day a cocoon fell into her cup. When she came to retrieve it she realised it was a never ending thread unravelling. Silk had been discovered!
The trade in silk. It marks the birth of exchanges on a worldwide level with the civilisations of antiquity (Egypt, Greece, Rome). Later the Silk Route was opened by the Chinese from the 2nd century, retracing the route of Alexander the Great. 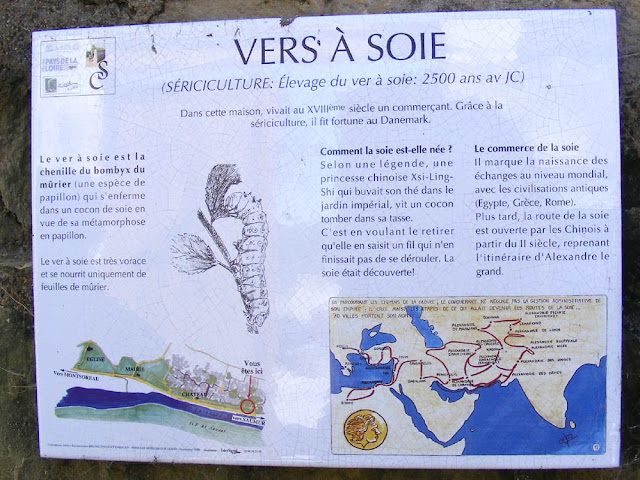 The next panel says:
Silkworms around Saumur.
It was only in the 12th century that the secret of silk manufacture arrived in southern Europe.
In the 15th and 16th century numerous mulberry trees were planted in the south of France and the Loire Valley and some magnaneries (buildings or cellars given over to the raising of silkworms) appeared. Here each individual would raise silkworms and it was generally women's work.
Silk formed a not inconsiderable sector of the economy even if that of Saumur was not particularly prized because the people didn't know how to spin well. Then a disease of the silkworms appeared in the second half of the 19th century causing the disappearance of the business. It was not until a century later, thanks to work by individuals, that there was a revival of interest in the silk industry of the area. 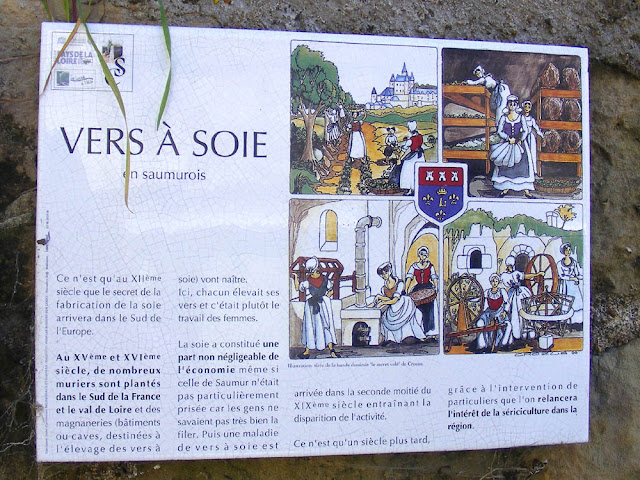 Silk on the walls of the chateau of Ussé, woven in Tours in the 18th century. 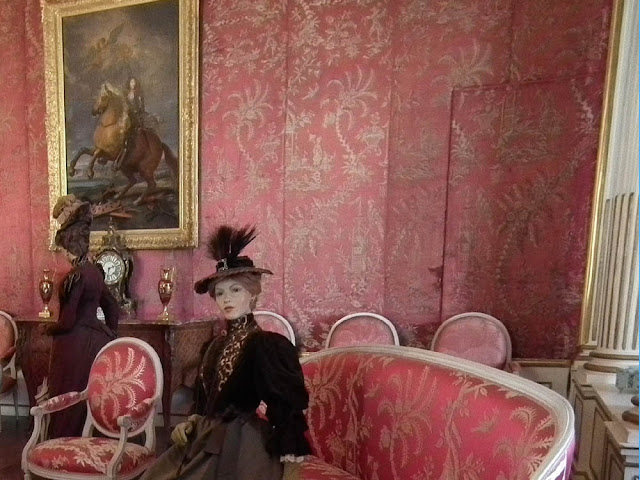 A young White Mulberry on the banks of the Loire near Berthenay, the naturalised descendent of those introduced for the silk industry centuries before. 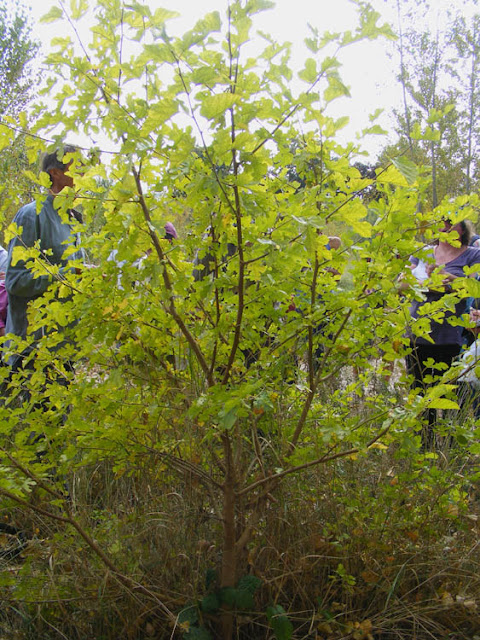 In France, when you talk about silk you immediately think of Lyon. Probably few French people, me included, didn't know that Tours became the first center of the silk industry in France after Lyon's merchants, who imported their silk from Italy, refused the establishment in their city of what they saw as local competition to their trade. That's when, as you say, Louis XI established the silk industry in Tours, near his palace, in 1470.