Monsieur Parmentier versus the Deadly Nightshades

When potatoes and other New World members of the Solanaceae family (tomatoes, aubergines, chillies, peppers) were introduced to Europe they were treated with great suspicion. The intrepid explorers who brought them reported that the South American natives they encountered ate freely of these exotic plants.


Chillies growing in our potager a few years ago. 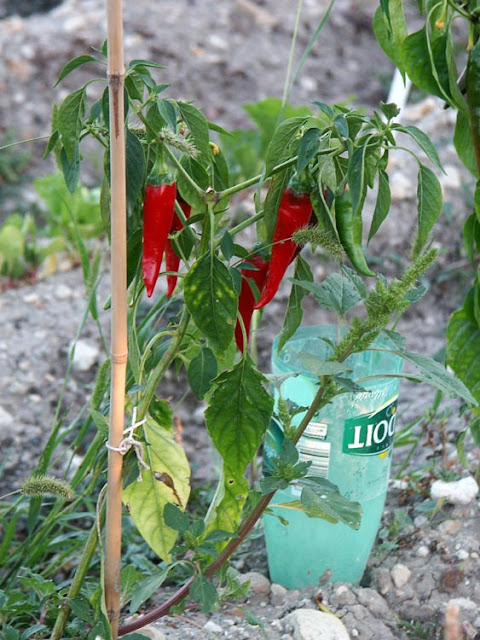 But French peasants weren't convinced. These plants were clearly related to Henbane, Deadly Nightshade and worst of all, Mandrake. No one in their right mind would eat these dangerous plants, associated with witchcraft and capable of killing or sending you mad. Due to a curious twist of evolution, many Old World Solanums are amongst the most poisonous of all plants, but many New World Solanums are safe, nutritious and delicious. It's true the New World species also contain some dubious compounds, but they are easily dealt with by simple everyday culinary techniques and pose no serious risk to consumers. 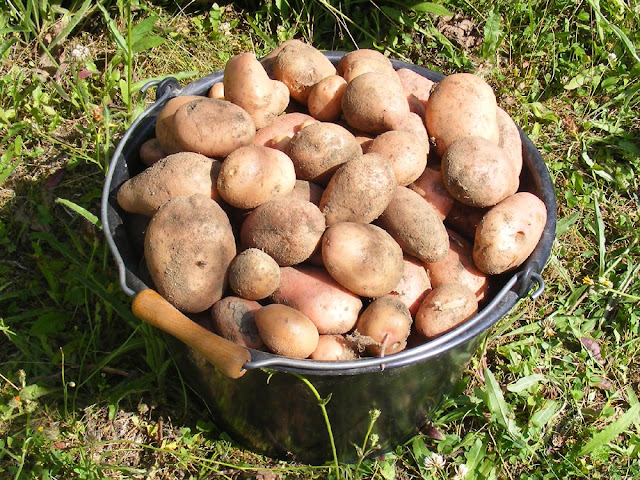 Tobacco, which of course is also a New World Solanum, is a different story, but in any case, was never a candidate on either side of the ocean as something you ingested.


Potatoes growing in our potager a few years ago. 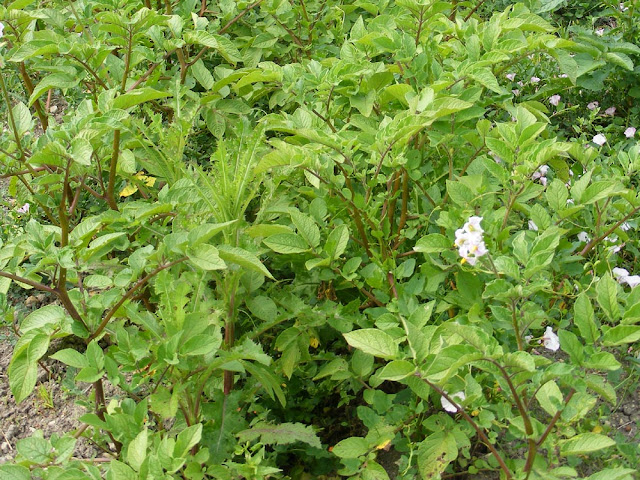 Tomatoes and potatoes arrived in Europe in the early 16th century. Unfortunately, herbalists at the time referred to tomatoes as a type of mandrake, so people were well and truly put off eating them. They were restricted to being grown as decorative plants  for 200 years.


Tomatoes from our potager a few years ago. 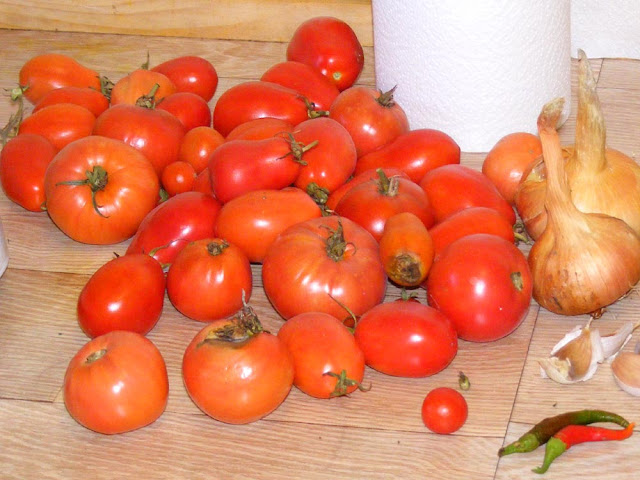 In France growing potatoes was banned and they were believed to cause leprosy. They were eventually fed to pigs, but not declared edible for humans until 1772. Nevertheless, resistance to eating this nutritious foodstuff persisted in France, despite the fact that the Germans and the British by then ate tonnes of the things (resulting in a population explosion in Northern Europe due to improved diet).


Cherry tomatoes in the potager a few years ago. 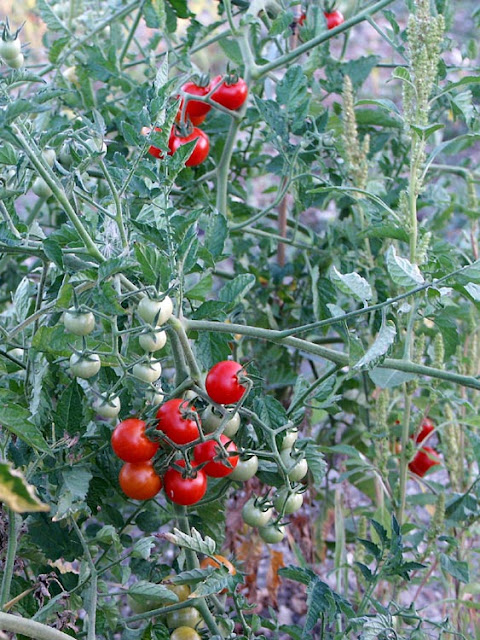 Antoine-Auguste Parmentier, an agronomist who had been forced to eat potatoes whilst a prisoner of war in Prussia in the 1760s became an energetic promoter of the potato. His cause was aided by a series of poor harvests which meant that people had to eat potatoes or starve in the 1780s. By 1794 there was a cookbook aimed at ordinary people and instructing them how to prepare potatoes for the table. Finally, during the siege of the Paris Commune in 1795, potatoes were grown on every spare piece of land, including the Tuileries gardens, in an attempt to stave off famine. 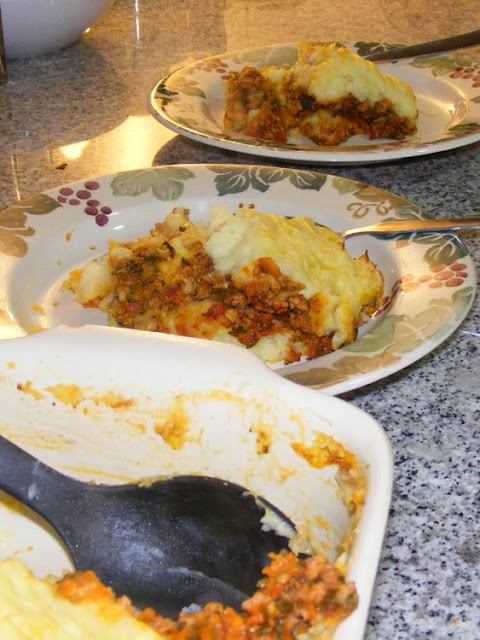 By the 19th century potatoes were so entrenched as a staple even in France that when the fungal disease blight broke out in Europe there was widespread famine (not just in Ireland). Nowadays we can enjoy several dishes which are a legacy of Monsieur Parmentier's enthusiasm for the potato: Hachis parmentier is similar to shepherd's pie; potage parmentier is leek and potato soup; pommes parmentier is diced fried potatoes. Yum.

I think that you really ought to caption the footer picture..
Thorn Apple is a very deadly member of the family...
but horribly similar to a Prickly Cucumber.

However, a really nice post about the Solanacae...
it makes you wonder what the Oooman Race would be without them!
And who ate that first chilli... was he duped by a "mate"?

What in the world did Europeans eat before the discovery of the Americas and all their great vegetables?

You got me thinking and I did some googling since i was curious also:
Here is one: http://miam.laclasse.com/sites/miam.laclasse.com/IMG/pdf/consommation.pdf
wiki is good also:https://fr.wikipedia.org/wiki/Histoire_de_l%27art_culinaire

What an interesting history of new world vegetables! Our potatoes and tomatoes are doing splendidly this year and we've just planted some little capsicums, hoping they will still grow.