Recycling in the Streets of Tours

Recently smart new recycling bins have been installed on footpaths all over Tours. Initially we thought they looked rather inadequate in size, but that was before we realised how they worked.


First a dumper truck with a hydraulic lifting arm pulls up by the bins.
These are by the carpark at Saint Pierre des Corps station. 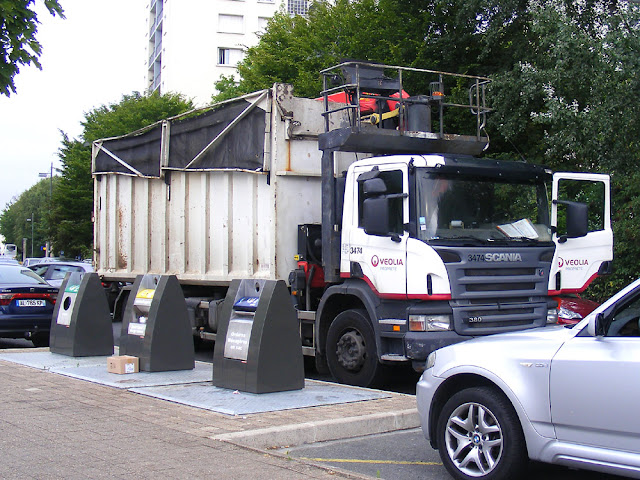 One day about a month ago we were sitting outside the pub in 'Place du Monstre' having breakfast and I got to watch open mouthed with amazement as the secret workings of these new bins were revealed. I was not the only one observing with a mixture of admiration and amusement. The bloke at the next table took out his phone and photographed the action. We all exchanged looks and exclamations.

Then a bin is hooked by the hydraulic arm. What you see on the surface is clearly just the tip of the iceberg (or recycling bin, as the case may be...) 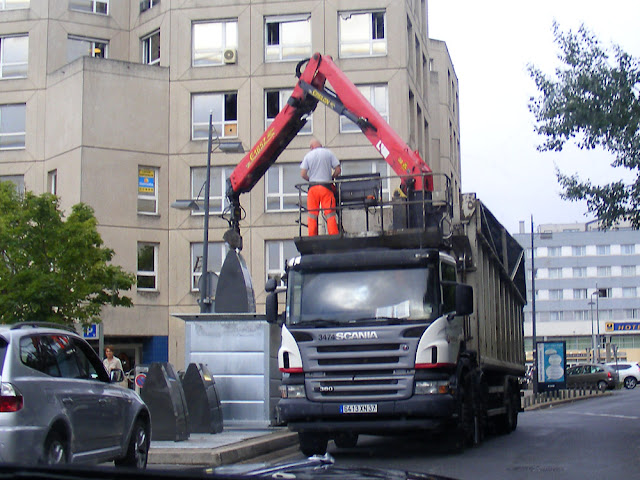 Now that I have also managed to photograph the procedure in action, I felt it was time to share.


The bin is suspended over the truck and carefully lowered into the appropriate section of the trailer. These ones are in front of Saint Pierre des Corps station. 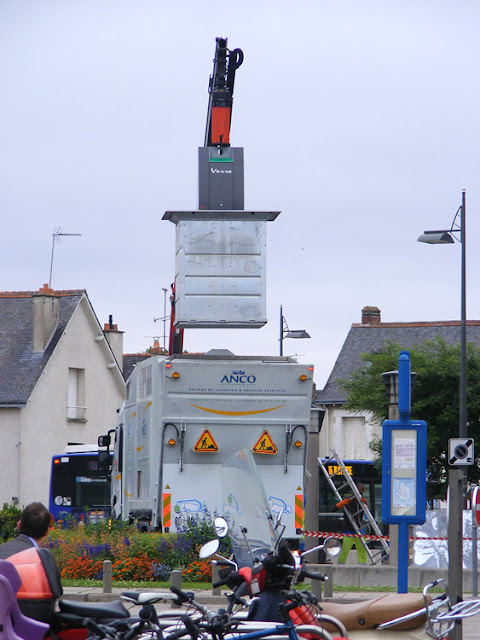 The bottom of the bin is released and the hydraulic arm swings up again. 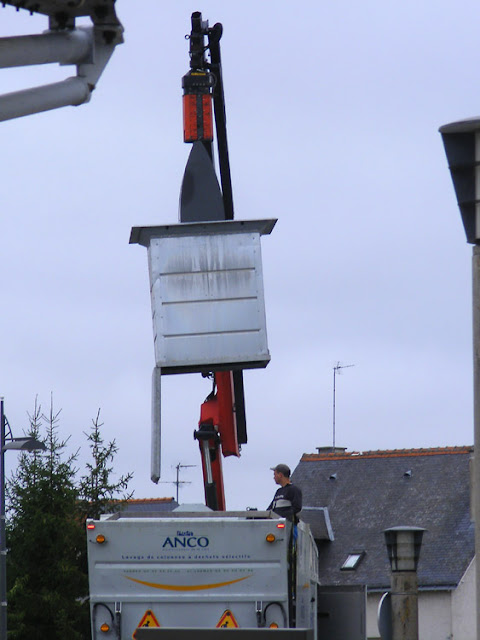 Once the bins are placed back in their slots in the ground the whole area is hosed clean. These are at the corner of rue de la Rotisserie and Place Grand-Marché (aka Place du Monstre). 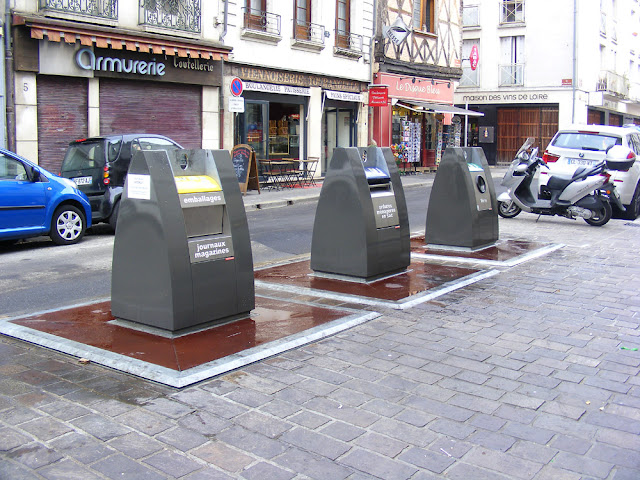 *****************************************
Milan: We have been away for a week visiting friends in Milan. Now we are back there will be trip report in the next few days, then a series of postings about what we did and saw. There will be lots of alps, with and without lakes, lots of pictures of saints but none of icecream (we were too busy eating it before it melted in the heat). We thought we might do a series called Monday in Milan (or maybe Lundi en Lombardy).
Posted by Susan at 09:00

Fab use of techno-logic!
But what happens to the bikes leant up against them when the bin men come... ;-()
Seriously, tho'... what an amazingly good use of space!

And it really has got to be "Lundi in Lombardy"...

I do agree with Tim. You can't stop progress. I didn't know what you meant by "the tip of the iceberg" and as I read on it became clear. Fascinating!

I really do appreciate the variety of your postings as well as their insight. Can't wait for the Lombardie thing!

We so need some French logic. But we also need to train Those Who Eat at Macdo to put their rubbish In The Bin and that Non-Smoking Campus means just that. I hate it when social stereotypes are reinforced but seriously...

And can i say.. HIGH VIZ SHORTS. I can't see them catching on here.

oooo--I don't know what happens if you leave your bike next to one of these bins. Now I'll have to watch out for that and report back.

Thanks for your kind remarks. I'm glad you enjoy the blog and contribute with your regular helpful comments.

Paris started a campaign to educate people not to drop butts, but it seems to have peetered out.

Have you seen what Australian roadworkers wear these days?! Some of the headgear which combines sun and impact protection is amazing. They'd have no trouble adopting high-viz shorts, except that it would expose the lower legs to too much UV, so it will never be allowed.