The Best Party I Think I Ever Went To

It is no coincidence that VJ Day (victory over Japan, the end of World War 2) is also Gwangbokjeol (literally "Restoration of Light Day"), or National Liberation Day in Korea. As the day celebrates independance after 35 years of particularly unpopular foreign rule, the party starts early and tends to kick on. Patriotic songs are sung, flags are waved, and K-Pop stars get up on stage and sing. For a bloke who doesn't have the language it was just once glorious, happy melee. Even after the fireworks finished there was plenty of carousing in the bars.

This year it is 70 years since the end of World War 2:
these photos are of the 60th anniversary. 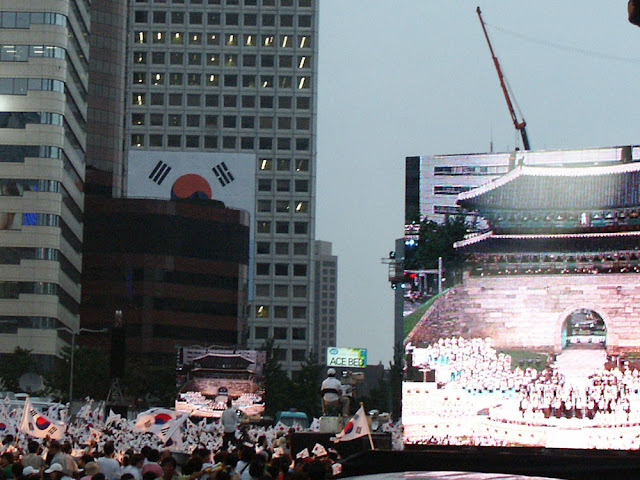 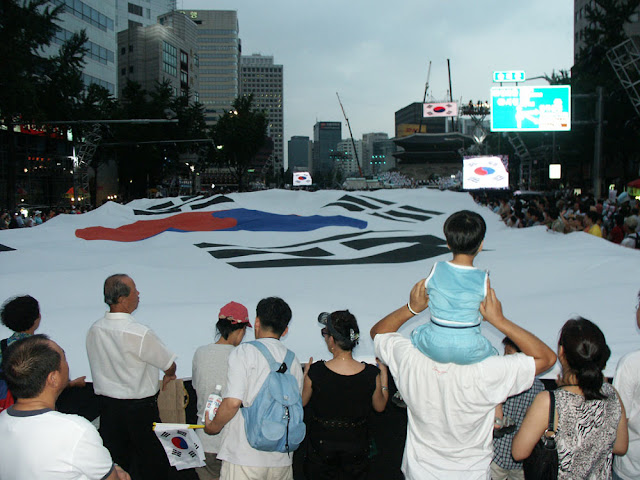 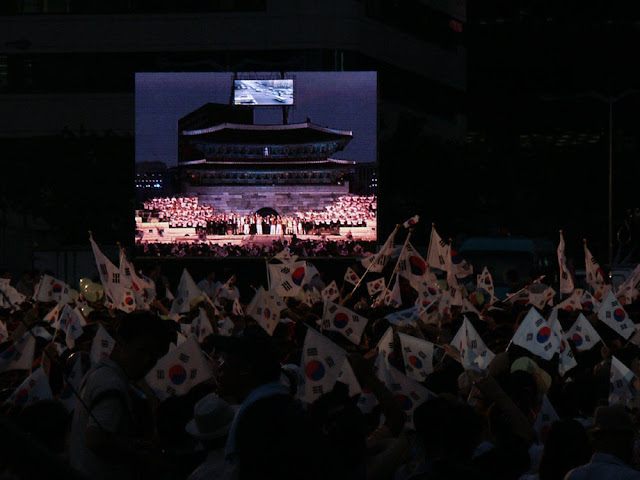 Interestingly, the most popular patriotic song is set to a western tune we all know and..... (I was going to say love). I heard in incessantly on the radio on the days leading up to the 15th, and couldn't work out why the Koreans were so into a Scottish sectarian song. It took a while before it dawned that "Billy Boys" isn't original and uses the tune of "Marching Through Georgia". (Even the man about whom "Marching through Georgia" was written wasn't a fan - General William T Sherman did not like it and once stated that "if I had thought when I made that march that it would have inspired any one to compose the piece, I would have marched around the state.") Anyhow - here it is.
Posted by Simon at 09:00

The North Koreans have just moved their time zone by half an hour to celebrate...

I'm disappointed by their lack of imagination. If I was imperial ruler of all I could see I would have shifted time zones by 32½ minutes