You Can Touch at Cande

Pull the corks out of the bottles and make all sorts of spooky sounds in the library. 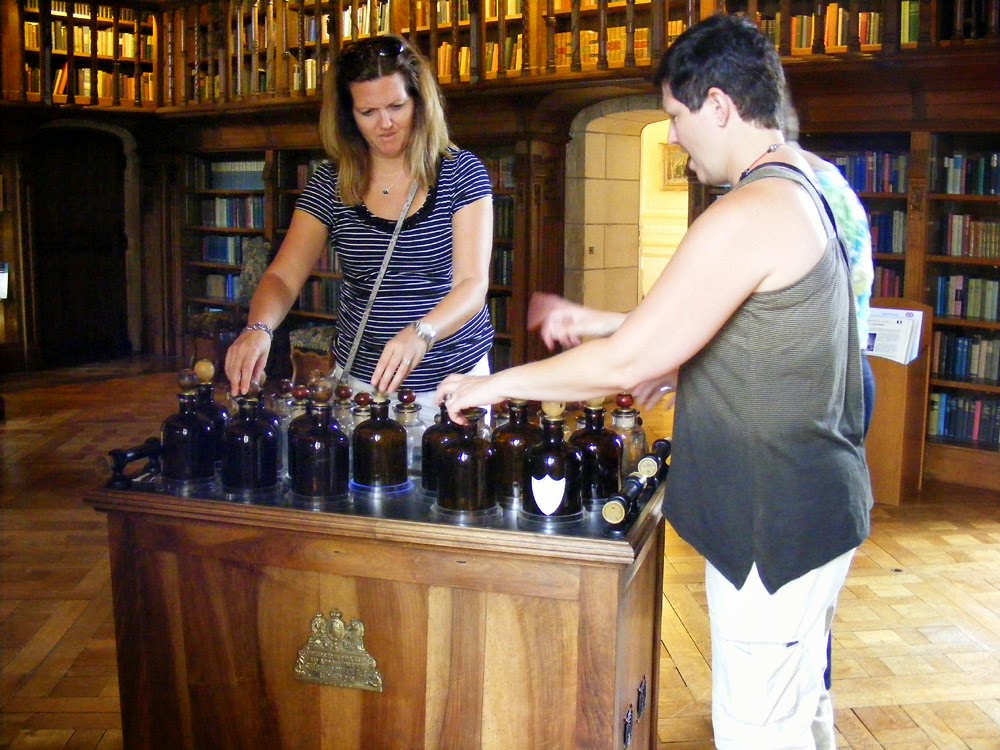 You know how in historic houses you are asked not touch anything? Well, the Chateau of Candé is a bit different just at the moment. They've installed interactive objects in every room and you are positively encouraged to touch them and play with them.


The Madonna as theremin.
Personally, I need a bit more practice before I tackle Whole Lotta Love with her. 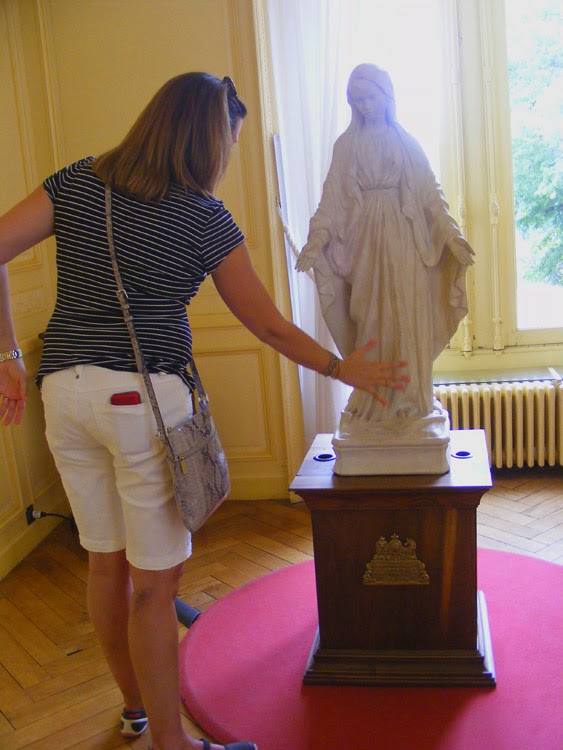 The objects are really clever. They look old, and in fact, their exterior parts are sort of found objects, carefully chosen to fit into their surroundings. But the pieces are also bang up to the minute electronic musical instruments. When you touch them or move things around, sound is produced. It doesn't take long to get the hang of them and the sounds are quite melodic or rhythmic.


These are not musical. They are an interpretation of the 'electric horse' in the basement gymnasium. 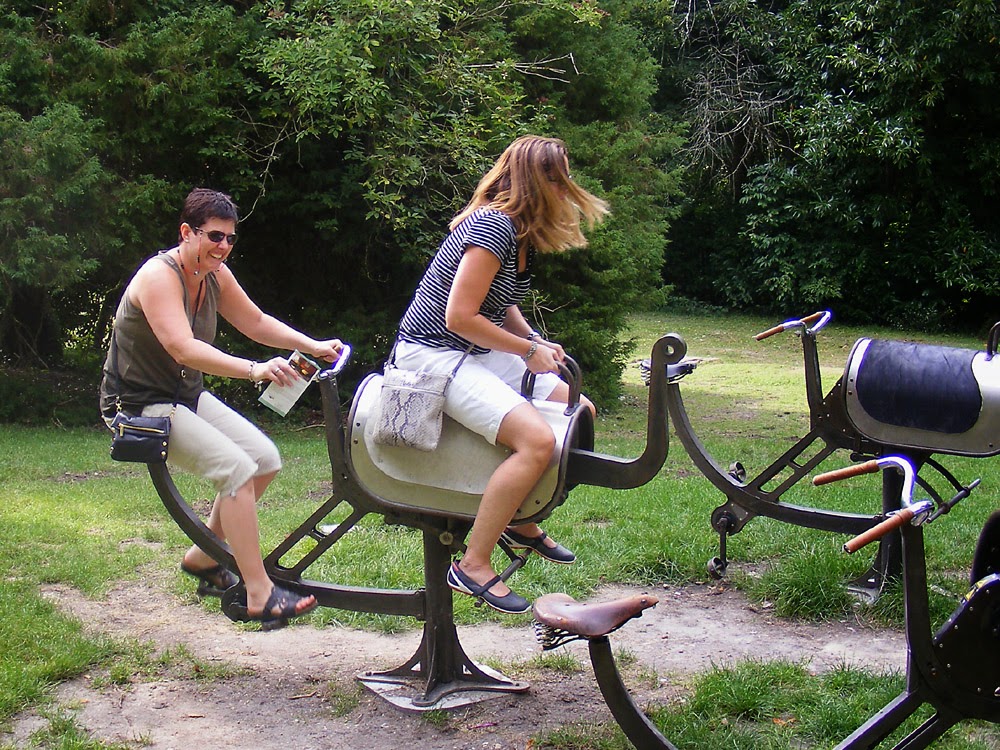 Many thanks to my trusty models, sisters Sharon and Laura, who were clients enjoying being kids again together.

*******************************************
Simon's News: Simon is at home and resting after an operation to repair a detached retina on Monday. We had gone camping over the weekend at Le Mans with our car club to attend a big Citroen event there. After driving the circuit of the racetrack in Célestine on Saturday Simon realised something was wrong with his vision. We packed up and came home a day early and spent the next few days coming and going from Poitiers hospital (an hour and a bit from home). The ophtalmic surgeon professes herself very satisfied with the results of her operation, but we won't know for at least three weeks what the long term changes to Simon's vision will be and his eye won't entirely recover for at least three months. At the moment the worst thing for him is the sensation of seasickness induced by the bubble of gas that has been pumped into his eye, and the fact that he has no vision in the left eye while the gas is there (just a little light penetration until the gas dissipates). He is being stoic though.

We're keeping our fingers crossed for a good outcome of the operation, Susan. Our best wishes to you both.

Wishing Simon a quick and complete recovery. Bonne chance! Hope it doesn't affect your LTT activities, meaning, is Simon allowed to drive in the meantime?

Good luck, Simon. I wish you a very fast and complete recovery. Be patient and follow the doctor's orders. I keep my fingers crossed for you.

Simon and Susan, that's too bad. It's a good thing you recognized it as something serious and got care quickly.

We both wish you a speedy recovery.

sorry to hear this, but glad you could find good docs to help..hope he feels better soon & that his eye heals quickly

"After driving the circuit of the racetrack in Célestine on Saturday Simon realised something was wrong with his vision.
See, Simon, I said not to corner too fast!!
This doesn't happen in a 2CV...
unless you try lifting one unaided!!

Seriously tho', God Speed with your recovery...
we'll pop over and keep you entertained after this weekend is over!
Otherwise thinking of you two.

Thank goodness you realised what the problem was and sought help as soon as was possible.

Wishing Simon a speedy and complete recovery. Best wishes to you both.

Take it easy, Simon, to quote a we;;-known song, things can only get better. And you finished the Le Mans circuit in Celestine! It must have been over-excitement that did it. Pauline

Oh dear, so sorry to hear of Simon's operation, hope he is healing well and will feel better soon.
Maybe ginger laced food and drinks would help with the feeling of seasickness or is it just a sensation of movement he is dealing with.