The August butterfly survey gives me a chance to pick wild blackberries on a couple of my Parc de Boussay transects. Last year I chose to combine them with windfall apples from the orchard to make Hugh Fearnley-Whittingstall's Apple and Blackberry Crumble Tart. I would have used hazelnuts from our orchard too, but they hadn't ripened in time. The recipe is in The River Cottage Cookbook and is this one, just using blackberries instead of raspberries. It's really good.


Wild blackberries.
If it is dry, make sure you pick them from along the side of a ditch or similar, so they've had a good supply of water to plump up the berries. Otherwise they will just be a load of seeds and no flesh. 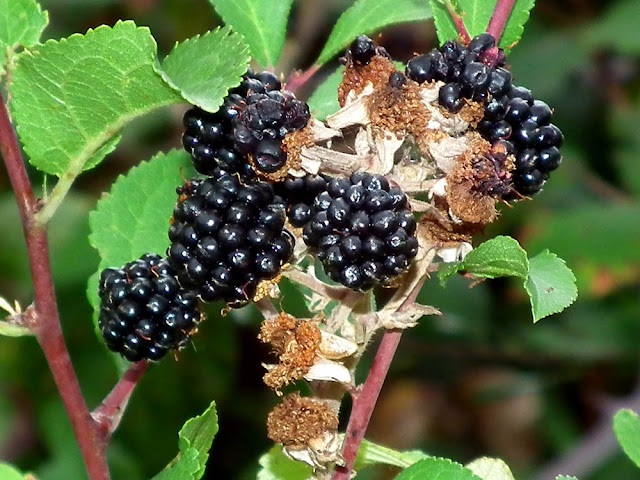 Wild caught blackberries held in a saucepan with diced apple, ready to be stewed. 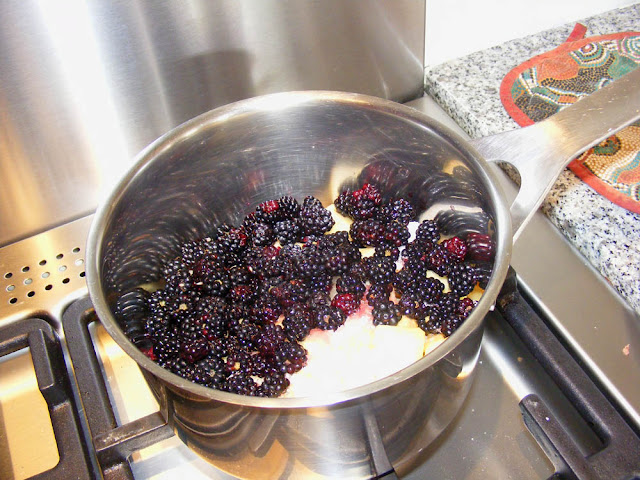 The pastry case weighed down with small change to blind bake it. The copper coins are excellent heat conductors. 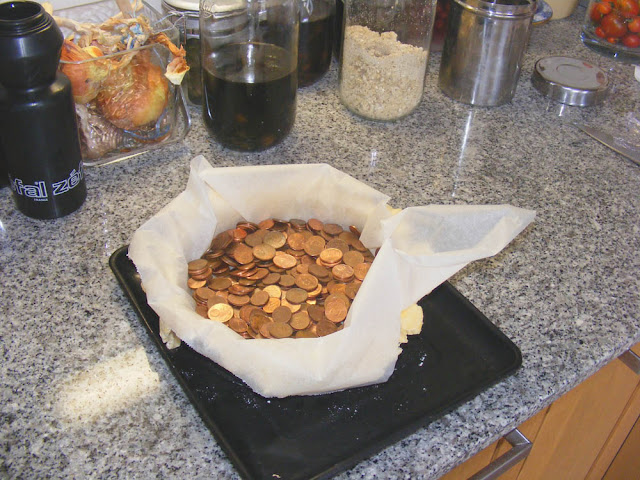 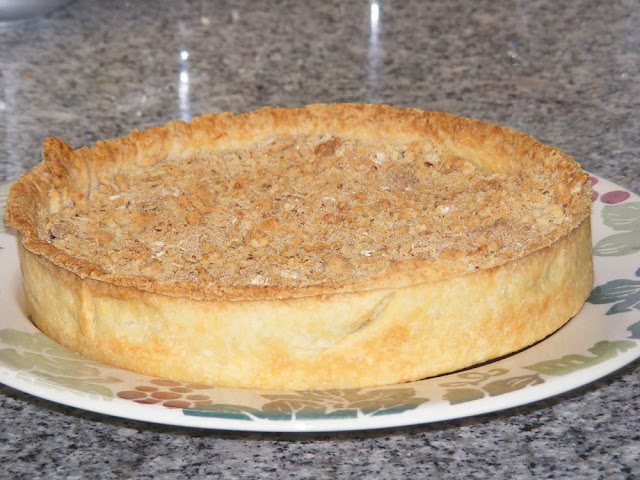 Served with home made custard and a blackberry coulis. 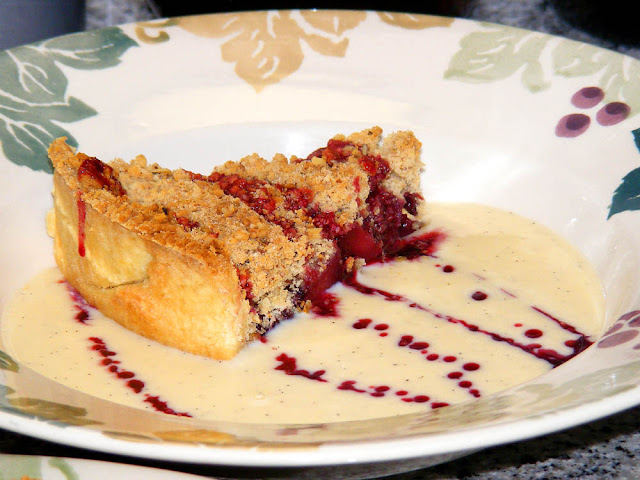 Plenty left over, and it freezes well. 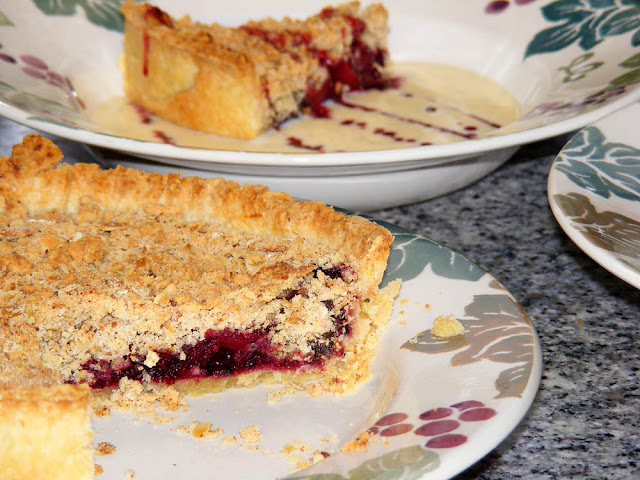 Cars in France have a contrôle technique (= 'technical check') every two years, usually referred to by the initials CT (pronounced 'saytay').  That's their roadworthy test.
Posted by Susan at 09:00

We caught 1.5kgs yesterday. They freeze well and will keep us going through the winter... Plenty more to ripen as well...