Big Boys in the Orchard

The other day I photographed two species that come under the heading of 'France's largest...'

The first was Tipula maxima, a crane fly with a span of 10cm from toe to toe. He could easily have grown from a larva in the little stream that runs down the front of the orchard. They can be seen on the wing from May to July and are reasonably common. 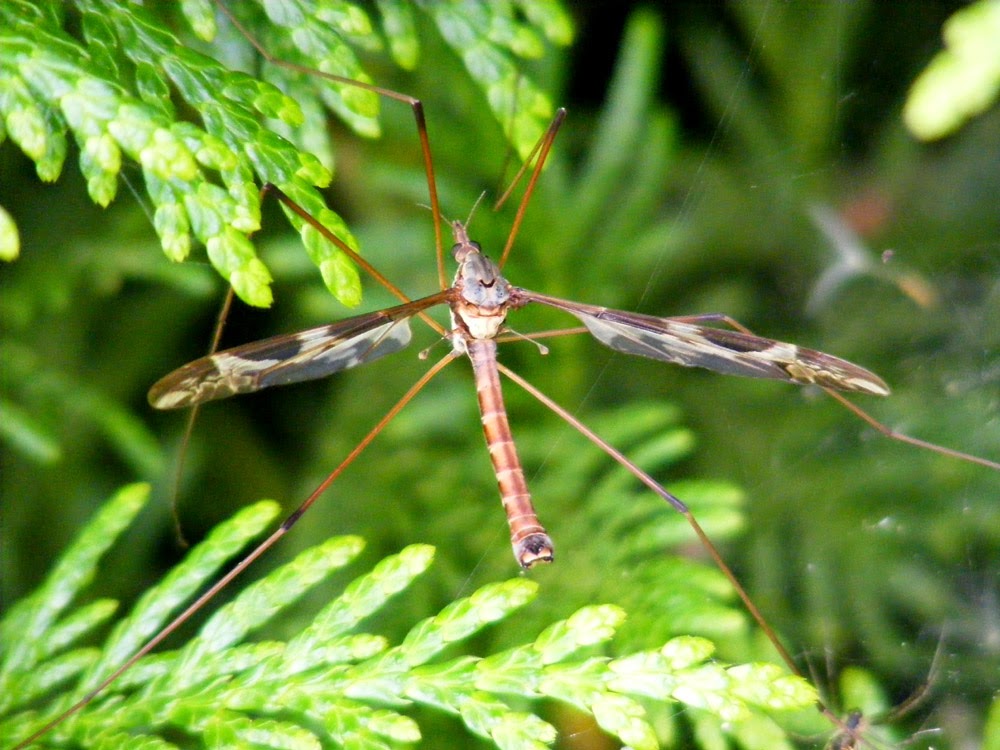 The second was an old and battered Blue Emperor dragonfly Anax imperator, who seemed to have got himself a bit tangled up in the vegetation. He managed to take off, despite the damage to his wings, which I suspect was not caused by this incident but by general wear and tear over the past few days. He can't have had many more days left to him though. His apple green thorax and sky blue and coal black abdomen were dull and faded. However, if he had encountered T. maxima then than would have been lunch sorted. 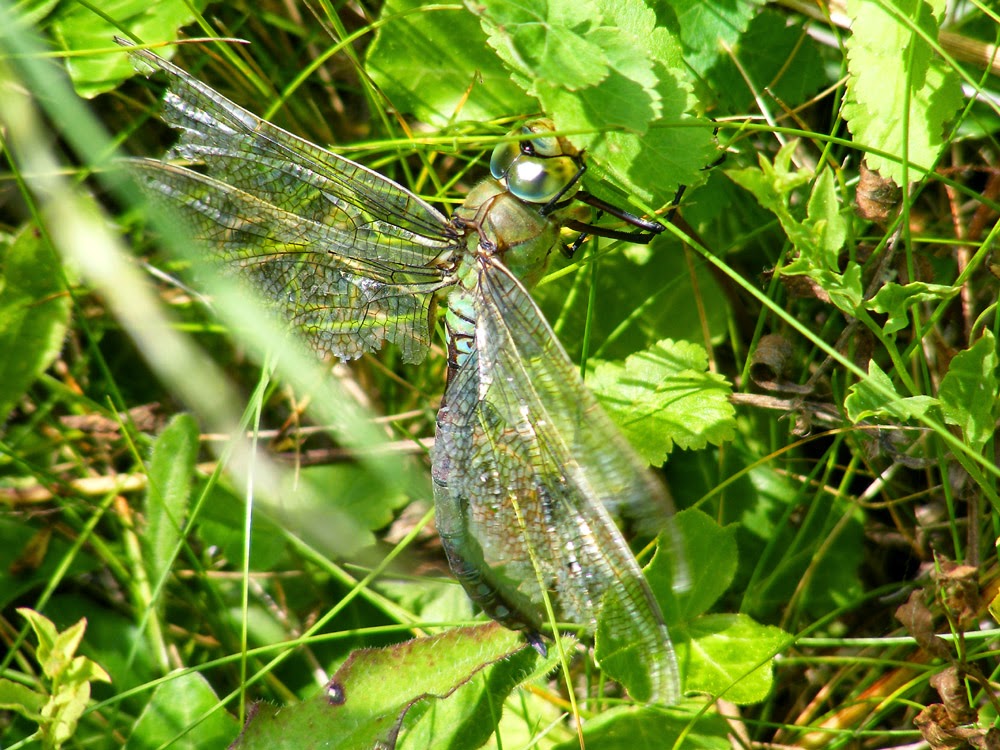 He must have been a fine fellow in his time. The colours still have a faded glory.