Getting Close to Le Mans 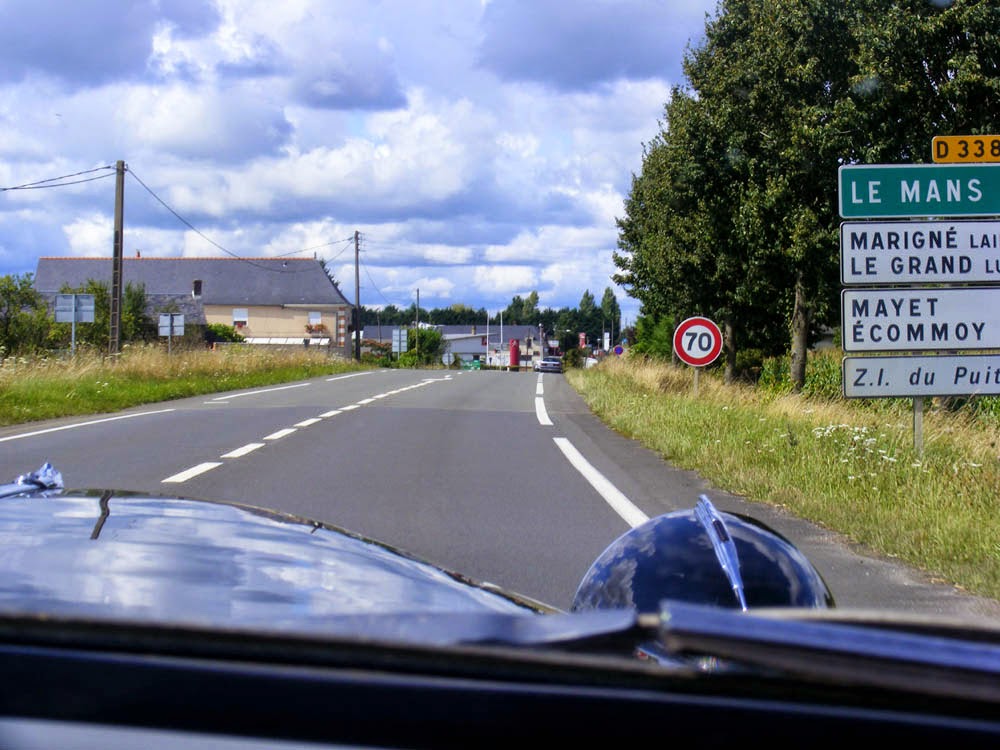 The car in front of us (just disappearing from view) is a 1970's Citroen station wagon full of happy young Swiss people. They very excitedly passed us a few kilometres earlier and were clearly going to Eurocitro too.