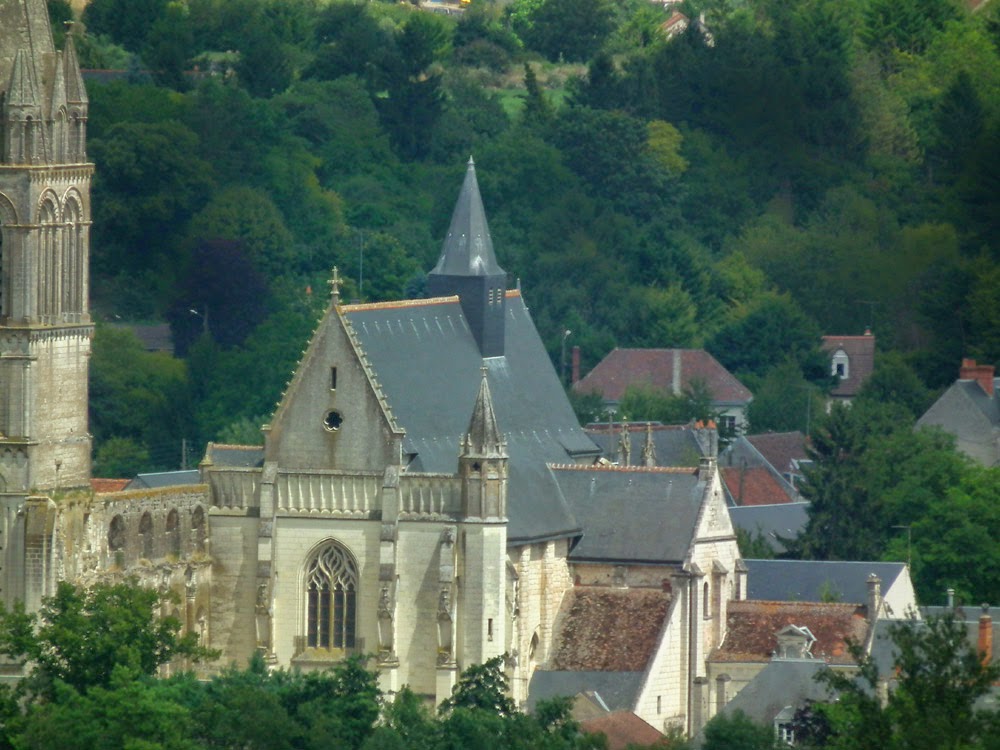 This is the 15th century church of Saint Laurent La Sainte Trinité in Beaulieu lès Loches, photographed from the top of the Louis XI tower across the river in Loches. The Renaissance church incorporates the chancel and one transept of the early medieval church built by local bad boy Foulque Nerra, Count of Anjou, to house the piece of the true cross that he nicked in Jerusalem on the first of four pilgrimages he made to the Holy Land. To the left is the ruin of the Romanesque nave of the Benedictine abbey and the one remaining tower (12th century). Parts of the facade were rebuilt in 1905. Foulque himself is buried in the south chapel of the church, having died at the ripe old age of 70 in 1040. The original abbey is contemporary with the one in Preuilly sur Claise, both having been established in the first few years of the 11th century. 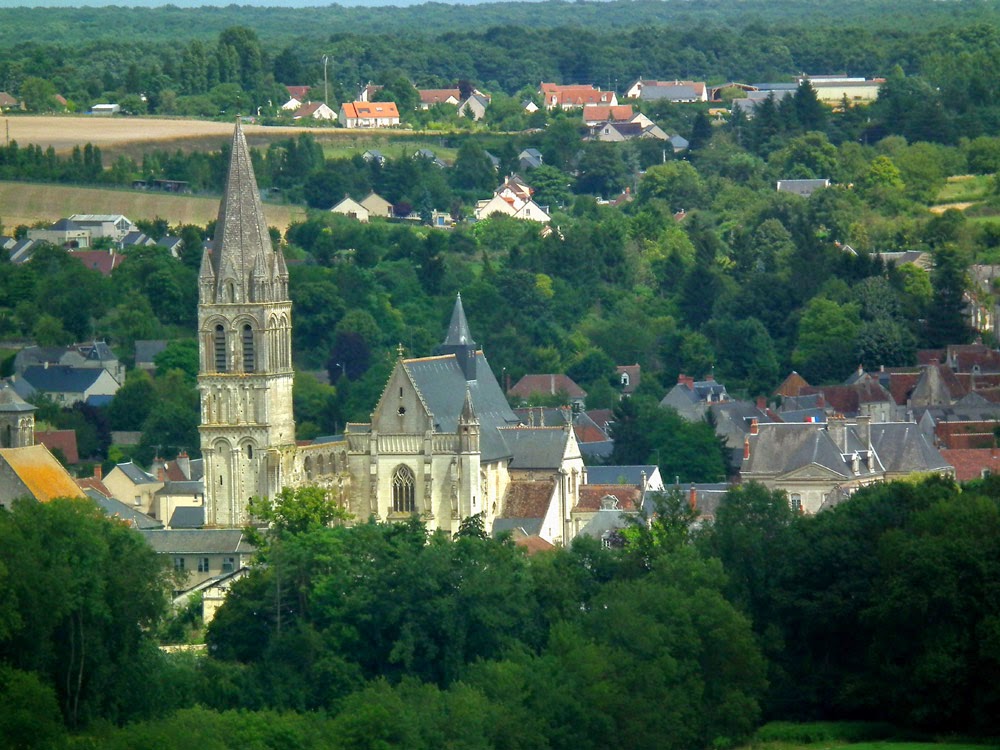 You can see another view of the church here on our blog and a bit more about Beaulieu and Foulque.

Ken: Thank you. Simon took them from the Louis XI tower when a storm was building up during the middle of the day. The lighting is quite dramatic.