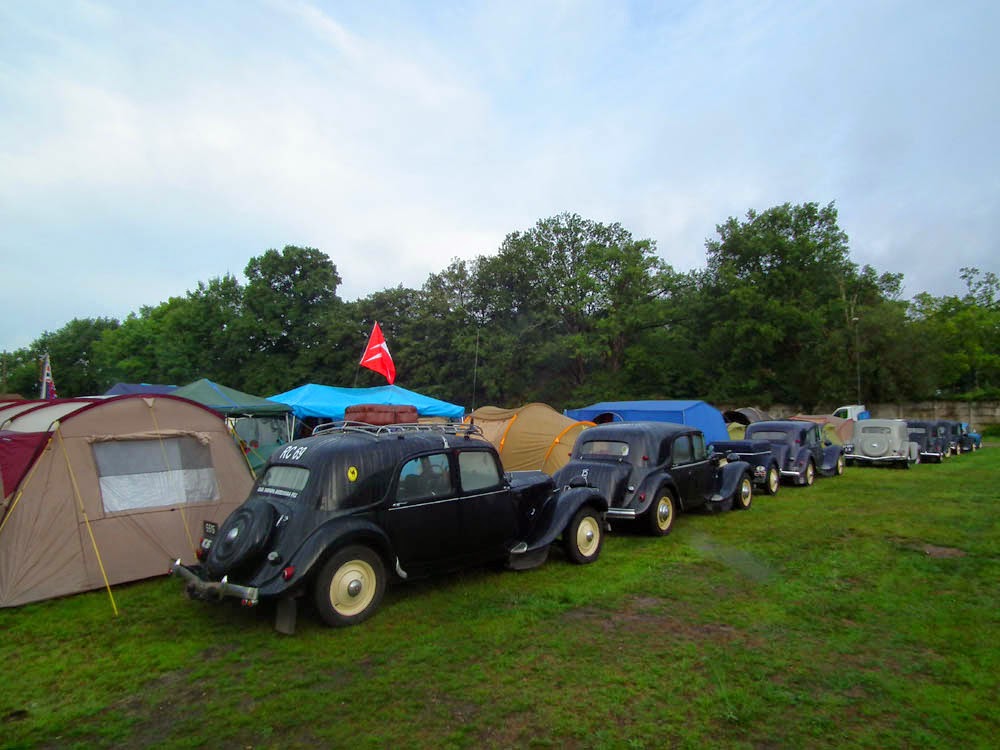 La Traction Universelle club camp at Eurocitro 2014, Le Mans. That's our tent on the left above. 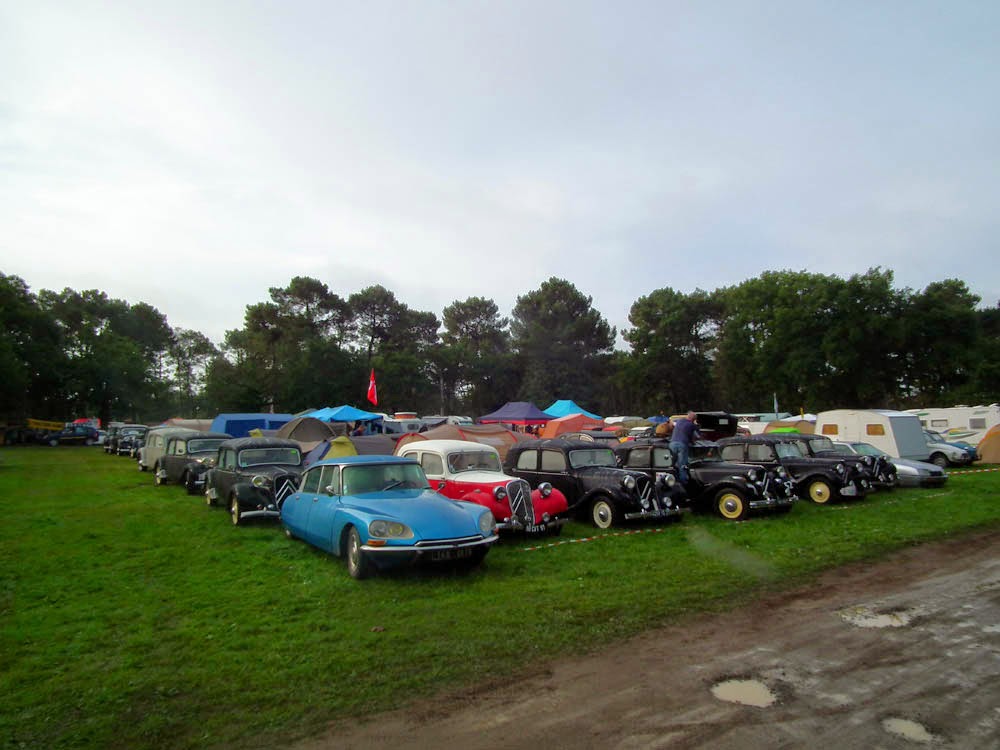 **************************************************
Maillé Massacre Anniversary: Today is the 70th anniversary of the day German troops killed 124 people in Maillé and burnt the village. We wrote about the incident here. While Paris was going crazy with jubilation over their liberation, the small community of Maillé, south of Sainte Maure de Touraine was going through hell. Around 9am 70 to 100 German soldiers, probably a battalion of Waffen SS based in Chatellerault invaded the village with the intention of killing and burning. The Nazis organised the massacre in reprisal for the actions of local Resistance, which had increased over the previous few days against the occupying forces. The death toll was 37 men, 39 women and 48 children, ranging in age from 3 months to 89 years.

There will be a ceremony of remembrance today, starting with a mass at 9.30 am followed by wreath laying at the war memorial at 11 am.
Posted by Susan at 09:00

Why is it that Lidice [Liditz] and Oradour-sur-Glane are so well remembered and Maillé is almost unheard of in France? The atrocities are the same! As you said, it is probably because the libération de Paris was in full swing at the time and took the limelight off Maillé. Thank you for this post, Susan.