The sign at the entrance to Rodolphe le Meunier's premises in La Croix en Touraine. 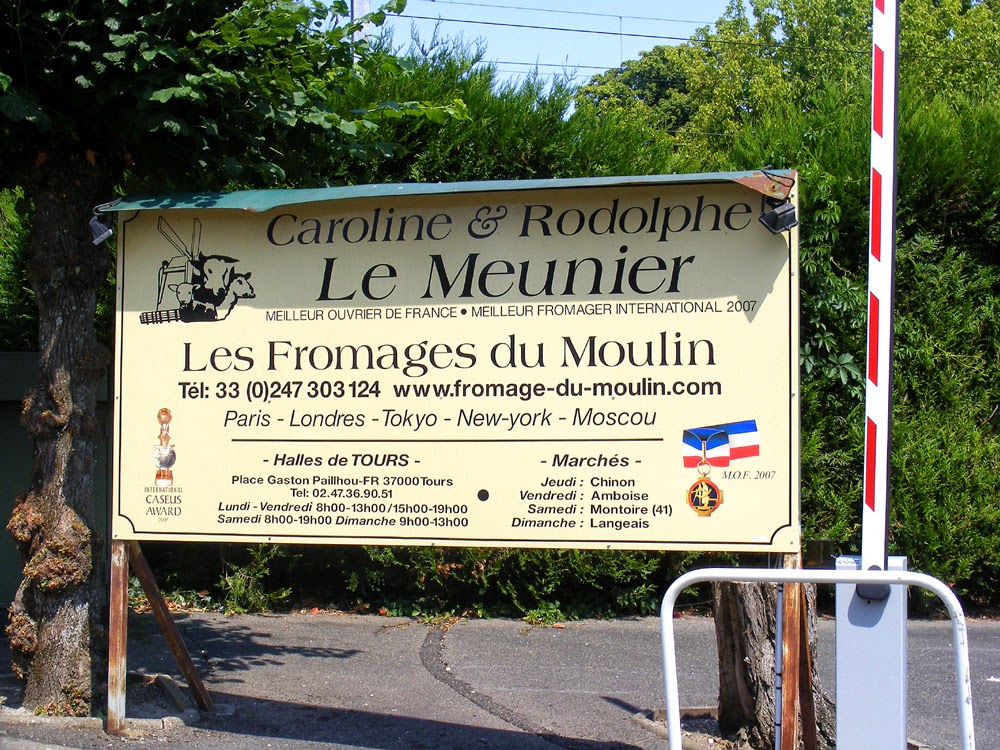 Earlier this month we visited Rodolphe le Meunier in his cheese filled lair. He is a cheese affineur, which is to say he buys cheeses from trusted producers all over France and matures the cheese in his specially designed facility. He then sells the cheese to restaurants and cheese shops as well as retailing it himself.


Rodolphe le Meunier in the main room of the workshop.
The red, white and blue stripes on his collar are the insignia of his Meilleur Oeuvrier de France (Best Worker in France) status. 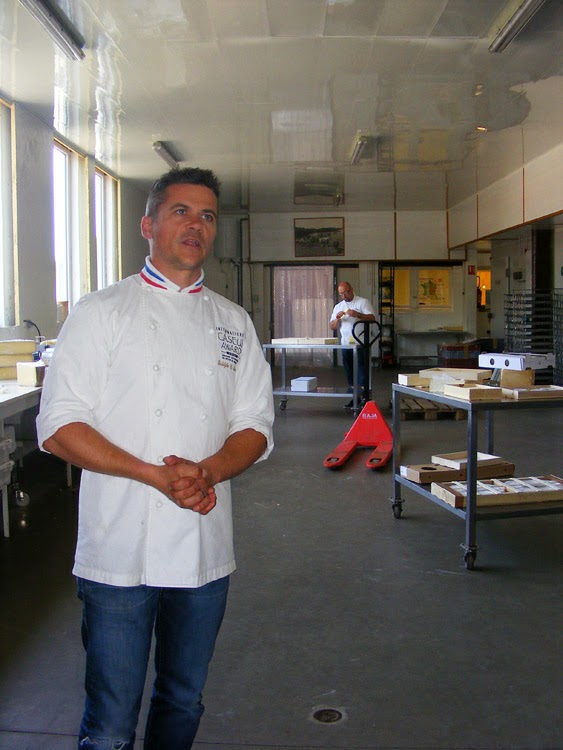 We visited because we wanted to organise a partnership whereby we bring clients to the facility in La Croix en Touraine and either he or his assistant take our clients through a cheese tasting or cheese and wine pairing. We think the clients are going to love it.


Fromage de chèvre (goats cheese) of all different sorts, from all over France, maturing in their temperature, ventilation and humidity controlled cellar. 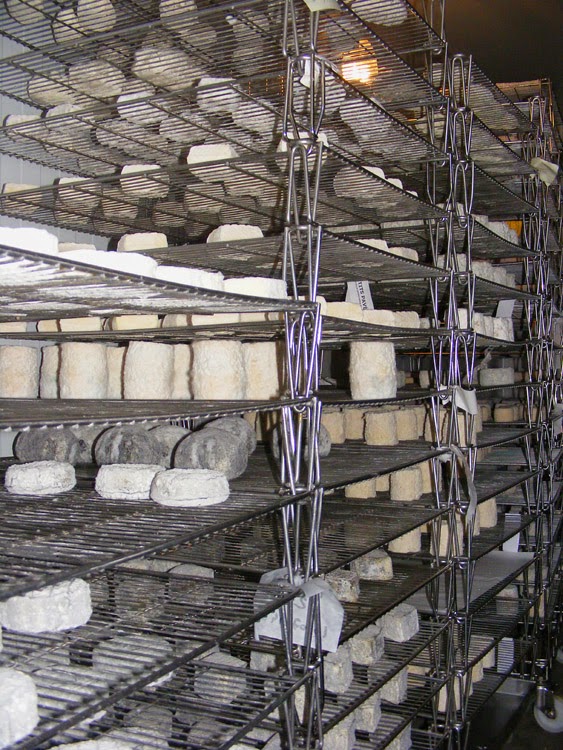 The atelier is nothing to look at from the outside, and the inside is fairly spartan too. It's all about the cheese, which live on racks in different rooms with controlled temperature, ventilation and humidity according to their requirements as they age. Rodolphe told us that his father, a cheesemonger specialising in goats cheeses, bought the premises by the level crossing that the business currently occupies, and before him, his grandmother was goats cheese producer. In 2007 he won the 'Best Worker in France' award for cheesemongers and also Best International Cheesemonger. His sister runs their shop in the market halls in Tours, and they go to various local markets (Amboise, Chinon...).


Hard mountain cheeses on racks in their atmospherically controlled 'cellar' (more like a cold room in appearance). 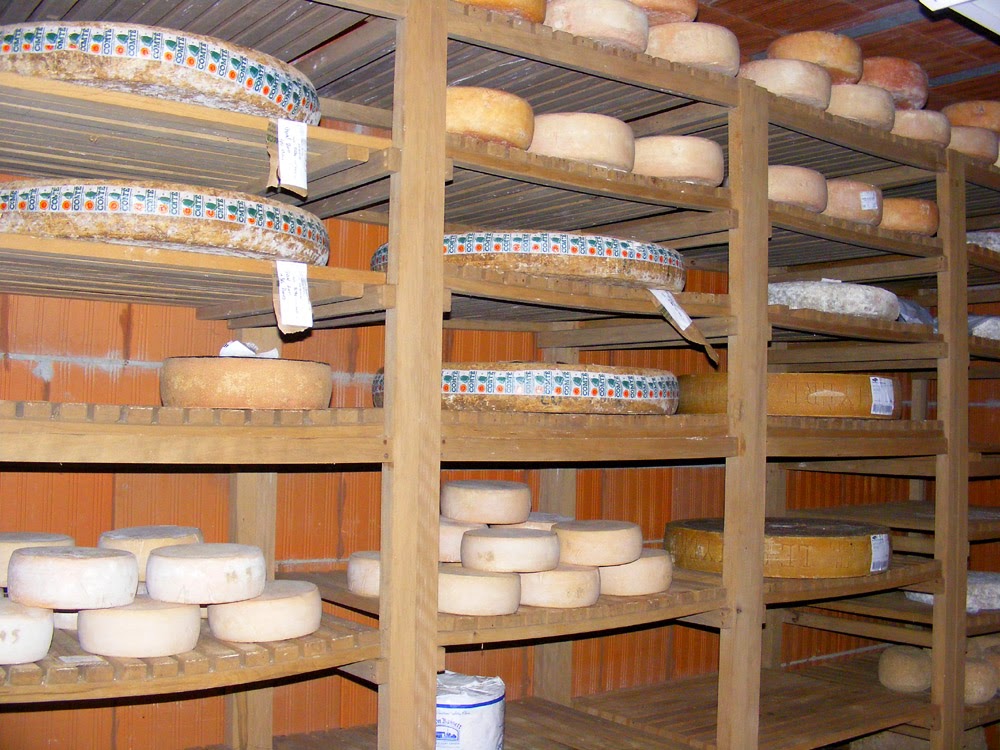 Typical of young French artisans, Rodolphe worked in the family business, but also went to college and graduated with a diploma in agricultural and food marketing. I get the impression he is extremely hard working, driven and completely committed to the business. He is also personable and laughs easily. His English is good, as is his able assistant Iris's. 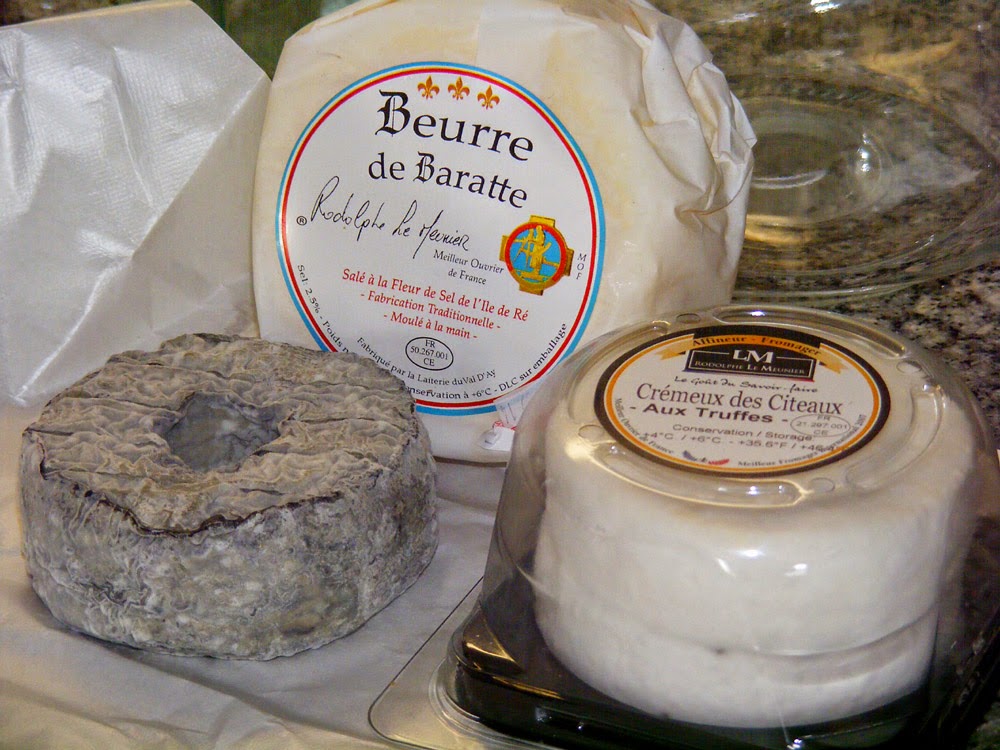 Also typical of young French food producers, he insists that the choice of a cheese starts with telling him what sort of cheese you like (strong or mild, hard or soft) then he can suggest specific cheeses that he thinks you will like. It will be interesting to see how much cheese lore we absorb by osmosis, in the way we have about wine after visiting winemakers for a time. I'm really looking forward to visiting him regularly.
Posted by Susan at 09:00

"Crémeux des Citeaux aux truffes"...
just give me more!!
That was really different and so creamily scrummy!!

One could easily be tempted. Cheeses forever! Excellent idea! Willing to be a guinea-pig!

What a great idea!

Oh hello.... Are we sure its just the cheese that provokes such enthusiasm? But seriously, an EXCELLENT idea and fabulous addition to the tour menu (no pun intended)

Tim: it was fantastically savoury, wasn't it?

RiF: you and most of the rest of our friends I think :-)

Carolyn: I've been trying to find a good cheese experience for a while, so we are delighted to have met him.

PG: I have to admit I had rather a different idea of paradise. Refrigerated cabinets smelling of ammonia wasn't quite what I had imagined :-)

Damn but I miss you guys. Hope the week in SPdC has gone well. Why isn't France closer?