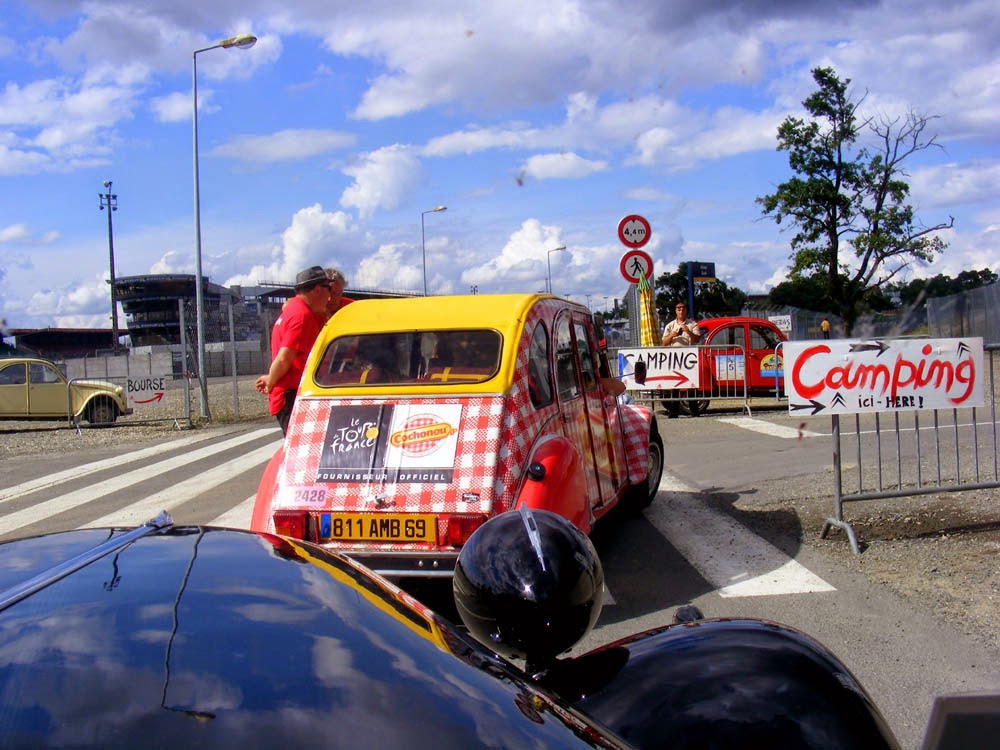 We arrived at the campsite in sunshine, but soon... 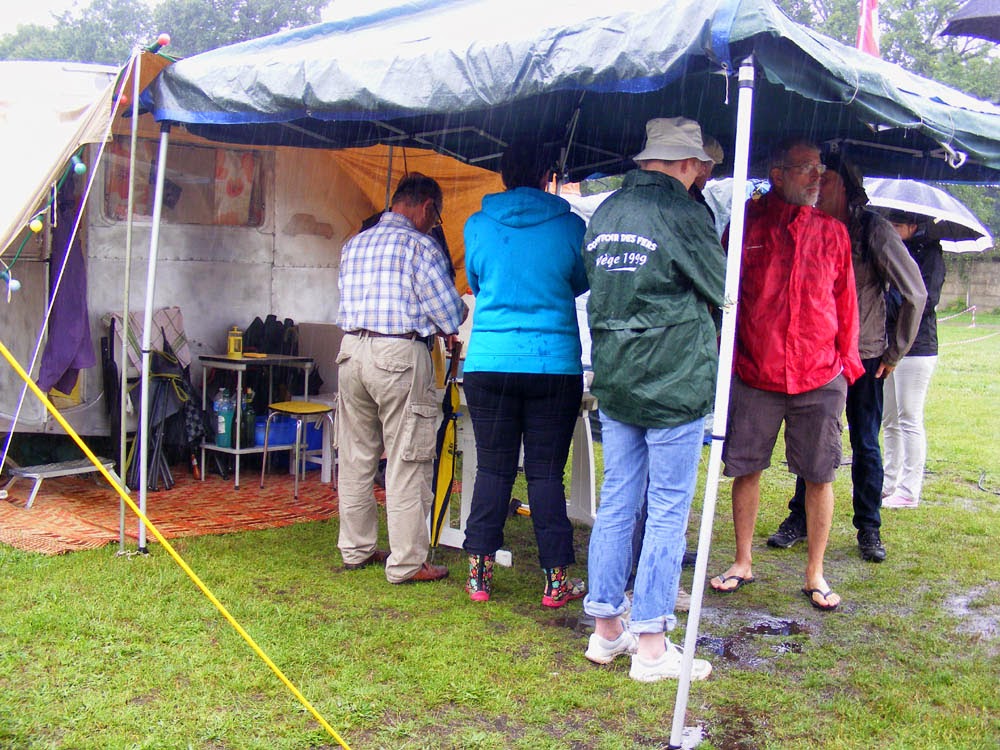 French Expression: Un décollement de la rétine = 'a detached retina'. That's what Simon developed while camping at Le Mans recently. We feared from quite early on that his visual problem could be a detached retina, but since I didn't know the expression for it when we got to the hospital, I engaged Franglais and said we were worried it was a rétine détaché. Not by a single facial flicker did any of the SAMU nurses indicate that I had used the wrong term. They are super professional and kind! Later I was worried that I had just told them that I thought my husband had a spotless retina, but looking it up it seems they would have understood quite well what I meant, as while détachant does mean 'stain remover', détaché indeed just means 'detached' in all the same senses as English.

Colle is 'glue' in French, so décoller means 'to unstick'. Planes take off in French by 'unsticking' -- l'avion décollé (= 'the plane took off'). Clingy children are collant (= 'sticky') in French.

I put up a jar of sweet gherkin pickles yesterday. The pickling process takes several days, first brining the little cukes and onions then pouring hot spiced sweetened vinegar over them. Unfortunately these are too sweet for Simon's tastes, so I'll have to do another more viciously vinegary batch.
Posted by Susan at 09:00

Now...
if only you'd got a shot of the Cochinou stretched 2CV as it, and the other two, were scaling Buttertubs ahead of the cyclists a few weeks ago...
that must have looked amazing!!
I love that deuche!

Does Simon like saurkraut? I went to a fermenting workshop yesterday and we learnt how to make Kombucho and saurkraut, the teacher had 4 different combinations of various vegies and herb mixes to taste and they were delicious, you can make them Very vineagary the longer you leave it to ferment before you put it in the fridge.
I have been watching "Catalyst" on ABC this last 2 weeks and it is amazing what this sort of fermenting stuff does for your gut flora, to support your overall health, breakthoughs with treating asthma, diabetes,etc.

Margaret: He does indeed like sauerkraut. I made it once years ago and got the fungal bloom that doesn't taste nice, so never tried again. Send us your notes and I'd be very happy to try again. He likes kimchi too. I made that once and it turned out very salty. I'm not such a fan of either. I've read quite a bit about the benefits of fermenting too and there's lots of interesting research going on at the moment around gut flora.