This memorial to an event at the end of World War II sits on the side of the road between Loches and Ligueil. There are dozens of similar roadside memorials in this area, most dating from the summer of 1944. 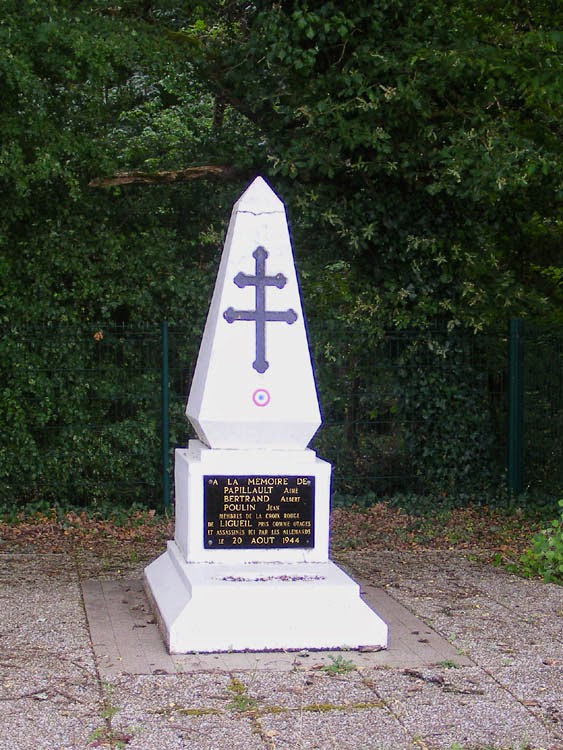 
To the memory of Aimé Papillaut, Albert Bertrand and Jean Poulin, members of the Red Cross in Ligueil taken as hostages and assassinated here by the Germans on 20 August 1944.

On 20 August 1944 German soldiers fleeing eastward took Aimé Papillault, Albert Bertrand and Jean Poulin, three members of the Red Cross, hostage in Ligueil as 'insurance' to shield their escape. They were intercepted by the maquis (Resistance) at a place called La Blanchardière, the edge of a small wood on the road to Loches. The three hostages were killed.

How can human beings do such things to one another? Still it goes on. Some of the memorials get a bit careworn apart from an annual cleanup. This one always looks very well cared for.