(Not) Surveying Butterflies Around Chaumussay

As regular readers know, I participate in a national butterfly monitoring project run by the Muséum National d'histoire naturelle in Paris. Last Wednesday I sallied forth with my clipboard to walk my transects around Chaumussay, counting butterfly numbers and species in a systematic way on particular sites. My Chaumussay sites are mostly dry limestone, with two natural grassland sites on steep slopes, two transects that run along tracks through crops and one that runs through improved cattle pasture.


A male Adonis Blue Polyommatus bellargus nectaring on Common Birdsfoot Trefoil Lotus corniculatus. This was the only species flying in any numbers. They are a limestone grasslands specialist which over-winters as a caterpillar. 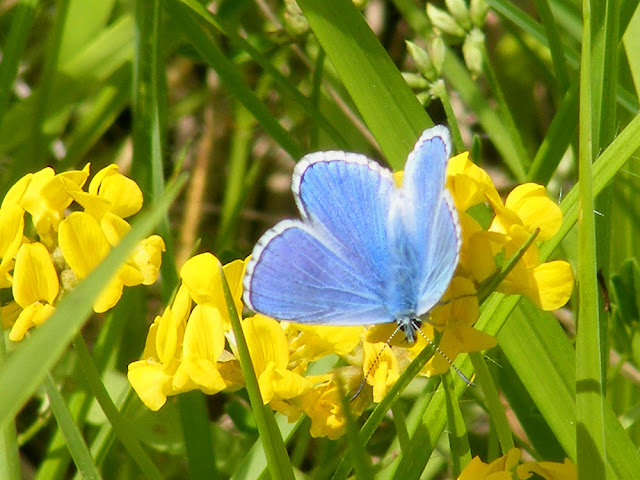 I didn't manage to get in a May survey because the weather never got good enough to bother going out to look for butterflies when I had the time to do it. Luc Manil, who co-ordinates the project, said it was as if nature had just come to a halt in May. Plants didn't grow and butterflies didn't emerge.


A Pyramidal Orchid Anacamptis pyramidalis, one of many orchids I saw. This protected species is easy to spot on the limestone roadside bank at Chaumussay as you take the road to le Petit Pressigny. 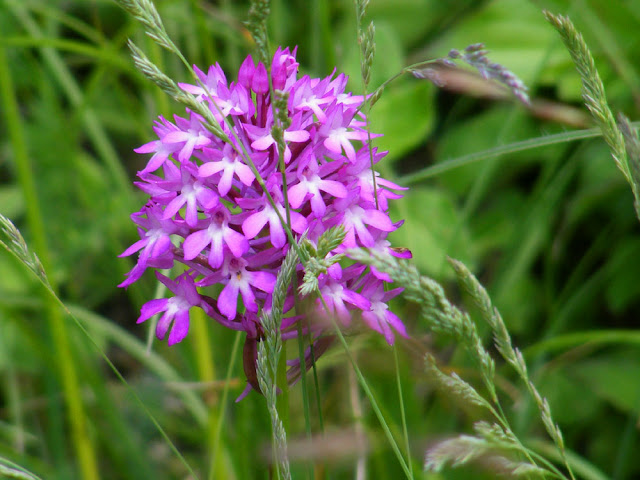 By 5 June though summer had hit with a bang. The afternoon was very warm, although cloudy, and with a light breeze. All around me farmers were manically making hay. They hate having to wait until June to take their first cut of hay, and the mowing, windrowing and baling activity was relentless and furious. I got shoo'd off my last transect as the farmer was coming up the lane on a tractor towing a rake.


Bedstraw Broomrape Orobanche caryophyllacea -- not an orchid, but still magnificent. This is the largest and frilliest broomrape here, common and easy to spot. It is described in Rose as 'deliciously clove scented', but since there was a steep ditch and bank between me and it, I limited myself to photos. 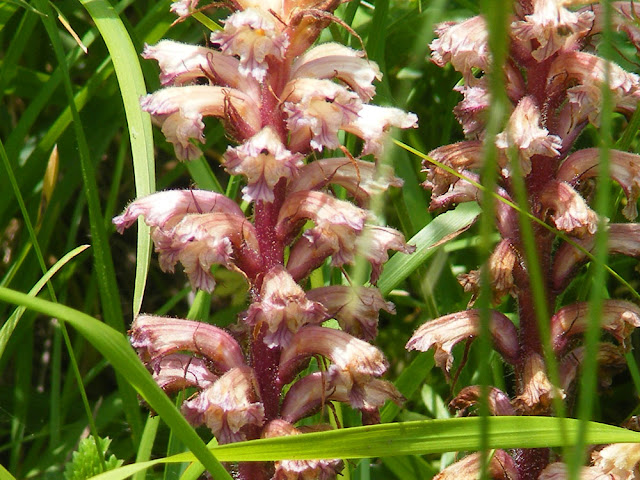 Even so, we hadn't had enough warm days for the butterflies to respond. I was shocked by how few individuals I saw, and how few species. I saw more orchids (14 species, dozens of individual plants) than butterflies (8 species, 28 individuals).There were no Violet Fritillaries, none of the larger whites and all the species that over-winter as adults must have died, as I didn't record any.


I think this is the shield bug Odontotarsus purpureolineatus, but I've never seen it before. Thanks to Eric on Le Monde des Insectes online forum for pointing me in the right direction. 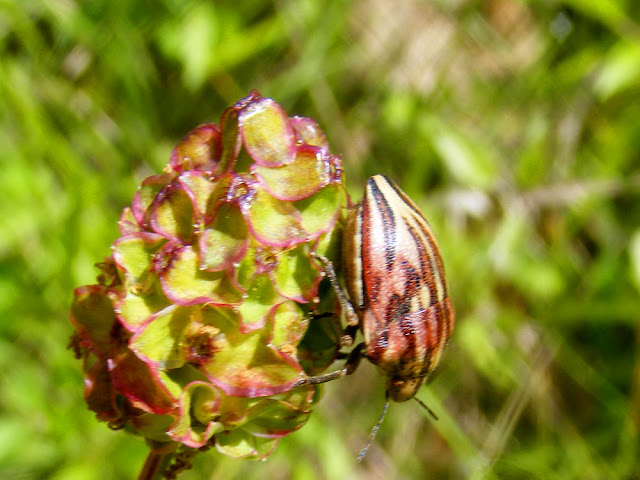 But that doesn't mean it was a wasted afternoon. I saw lots of things besides butterflies, and there are lots of caterpillars around. The butterflies are coming, and my next survey should be a completely different picture. To make up for May's deficit I will try to schedule the next survey for late June. Already the swallowtails are turning up, ready for summer.


One of the somewhat unexpected additional impediments to my butterfly surveying. This huge pile of lumber has appeared, plonked right on the path of one of my transects. Surprisingly, this is where I recorded my 'best' species for the whole afternoon -- a Southern White Admiral Limenitis reducta. 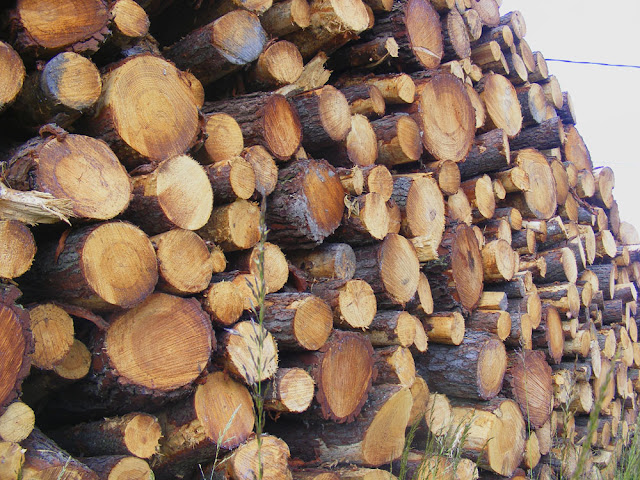 A female Broad-bodied Chaser Libellula depressa rests on vegetation by a ditch. These at least are abundant and active at the moment. 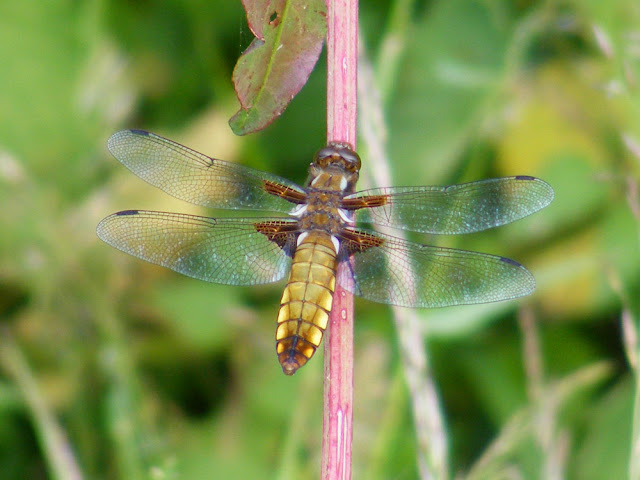 We saw that pile of logs and Pauline commented that it had "boogered" up one of your transects....
and it is also on top of one of the best groups of Bee Orchids along there!!
Nice weather today, init?

Susan - I love the passion you have. Not my thing but I really enjoy your enthusiasm.
BTW - all our insect friends are wearing raincoats the last week.
I do like seeing butterfly and dragonfly in our garden in the warmer months.
Tell Simon, I like cars and music.
Hope you are both well and are enjoying some sunshine.