We don't all see things the same way

One of the most beautiful orchids in the Claise valley is also one of the rarest in the département - indeed over most of France except the south east. The Red Helleborine Cephalanthera rubra is easy to find on our dry wooded limestone buttes in late May and June, but it occurs almost nowhere else in Indre et Loire and is uncommon or extinct in all the surrounding départements. 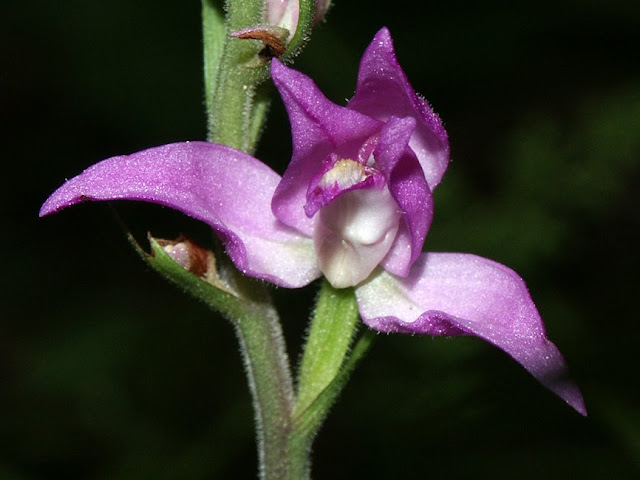 Like many orchids, it has a very particular trick to get itself pollinated. The flowers do not produce any nectar, so they are not attractive to most insects as there is no reward. Nevertheless, they are insect pollinated - by a small black bee called the Harebell Carpenter Bee Chelostoma campanularum and a closely related species, C. fuliginosum, both of whom specialise in collecting pollen and nectar from Bellflowers Campanula spp. 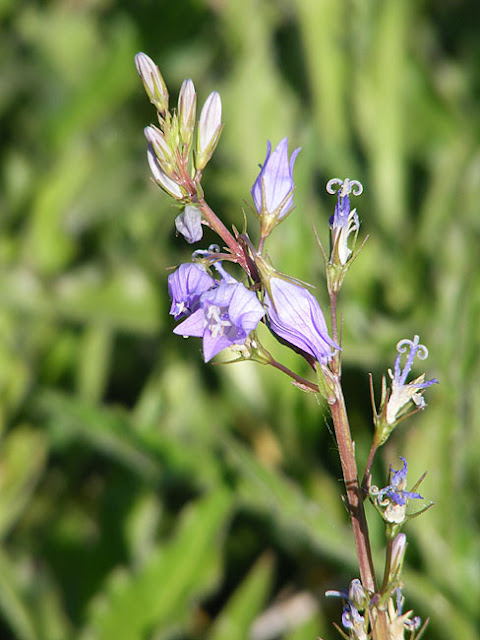 It's not the female bees that pollinate the Red Helleborines though. It's the males. The Red Helleborines look just like Bellflowers to the male bees, whose visual system is very different to ours. The little bees use Bellflowers for more than just food. They use them for shelter too, crawling inside for a nap during the day, or overnight. The male bees, ever hopeful of finding a female, crawl inside the lookalike orchids, thus collecting the pollenia and transferring it on to the next orchid they visit. The orchid has evolved to time its flowering in relation to the Bellflowers in order to exploit these particular bees.

See also Rampion Bellflower C. rapunculus on Loire Valley Nature, where I have included a photo which shows a bee sleeping in one of the flowers.

******************************************************
La Chasse: When I went down to the boulangerie yesterday I noticed that the local mounted hunt were in the abbey carpark getting dressed in their uniforms. Hunt season is over so I assume they were attending a mass. Yesterday was the Feast Day of Sainte Diane, who of course has no connection to Artemis. So was it a coincidence or not? I asked the grocer if he knew what they were up to, but he said he didn't and suggested I go and ask -- 'They won't eat you!' -- but I had other stuff to do, so didn't go down there and pump someone for further information.
Posted by Susan at 09:00