Emmanuel Lansyer 1835-1893 was considered the second best landscape painter of his generation (after Corot), but he is hardly a household name today. He began his career as an architect, working for Viollet-le-Duc. Later he studied painting under Courbet and then Harpignies. When he was 29 he switched careers to become a landscape painter, and by the end of his life was widely recognised as talented painter of some merit.


La Tour Saint Antoine from the terrace of the sous-préfecture (that is to say, from the terrace below the Agnès Sorel tower of the Logis Royal, which used to be the sub-prefectural office). I think you could just about get this view without having to step into fresh air, but I think you might have to lean to the right quite a lot, and the terrace is nowhere near as extensive as the painting shows. 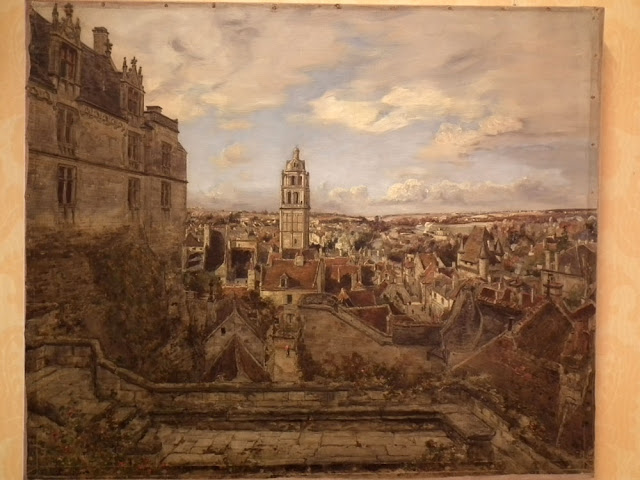 The Tour Saint Antoine taken from the artist's garden ie from the other side of the citadel, but looking in the same direction. 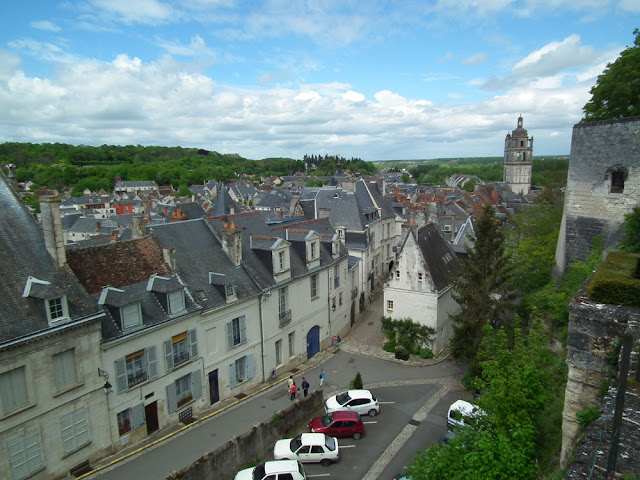 His family home in Loches was gifted to the town and is run as a museum dedicated to his memory and works. The house and garden are charming, and very thoughtfully presented. The staff clearly love the place and are delighted when foreign tourists take the time to visit. The museum is free and the views from the garden spectacular as the house is on the citadel, right next to the medieval gateway (known as the Porte Royale) . 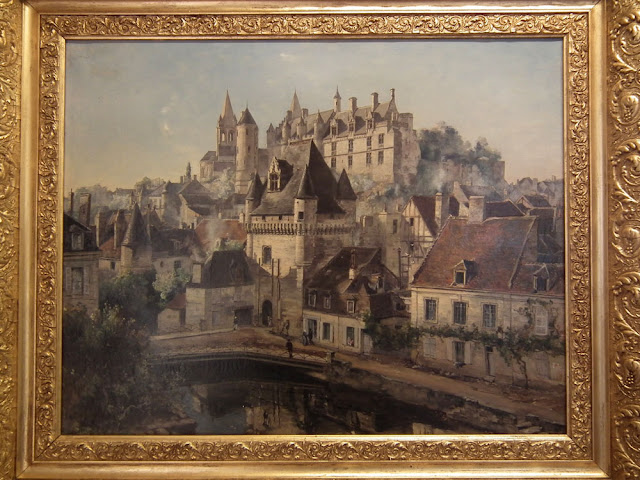 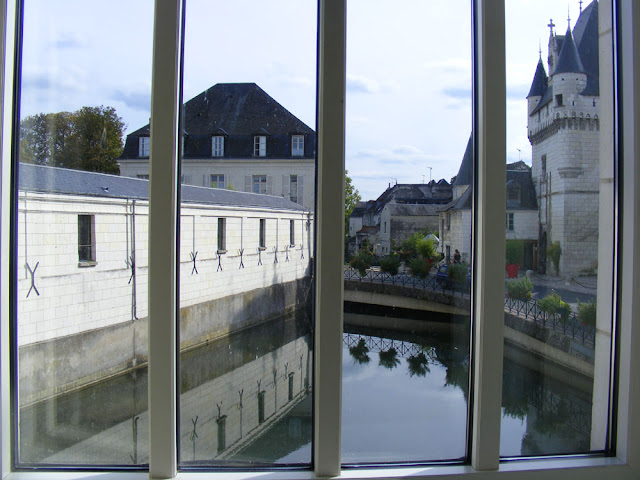 I was going to post Simon's photos of some of Lansyer's works and then search out the modern view in our photo collection. However, I very soon realised that Lansyer adjusts the view to suit his composition. In most cases it would be impossible to stand where the artist purports to be doing so. Hence, I have chosen to show three of his works and three similar views taken by us in the last few years.


The Chateau of Chenonceau. I doubt if you could get this view even if you were on the river. It is supposedly from the river bank. 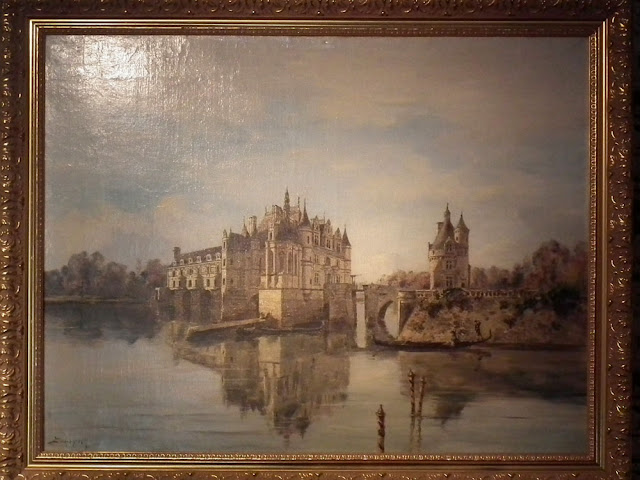 The Chateau of Chenonceau. 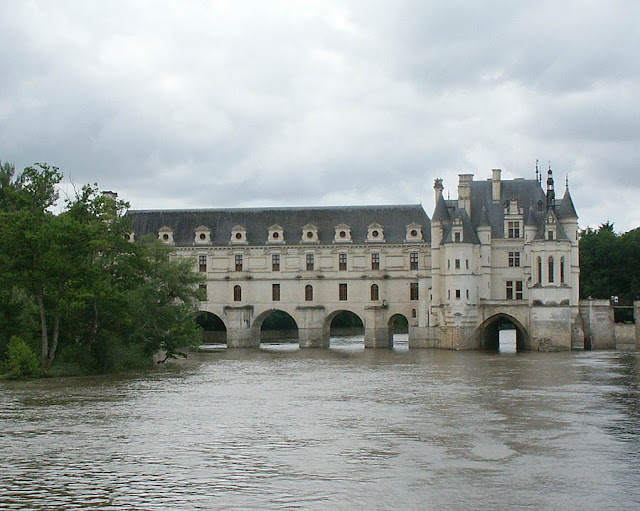 We liked his paintings a lot. They weren't the cutting edge of creativity, but they were extremely competant, and his architectural background is very evident and used effectively. Perhaps a bit much sienna brown in the palette for my taste, but you can say that about almost any landscape painter.
Posted by Susan at 09:00

Only one thing to say... who the dickens was Corot?
Heard of Lansyer... and as for changing the view...
have you looked at the picture looking down past his house... it is used on the interpretation panel just up from there... by the corner... he's painted the view of his house from a position where the wall on the other side can't be painted... and the wall from a position just down from the panel!!

Tim: I did give you a link...
And yes, I noted that painting makes much more space at the intersection of the two streets than there actually is.

Oh... we now have a Bee Orchid to add to the melange... nearly stood on it!!
It is now marked!

I am embarrassed to say I have never heard of Lansyer. I checked my recent photos of Chenonceau and you definitely cannot obtain a similar photo either from the river bank or anywhere else. I was intrigued by the many engravings of Chenonceau in the green study, I think it is, so specifically tried to find similar views. Many are from the artist's point of view. Lansyer's view is actually very clever because it means that you can see the château and the tower without having a very long picture.

Fraussie: I don't think many people have heard of him. I certainly hadn't before we moved here. The collection of prints and drawings at Chenonceau is well worth examining. My favourite is the lithograph of the chateau at night -- just because it's a bit different I think.

I suppose if portrait painters are to make their subject more powerful or demure than the same habit would go with a street.