Long time readers of this blog will be familiar with Steve, Son of Steve and the Pseudo-Steves. For those now completely mystified, they are Siberian Irises. 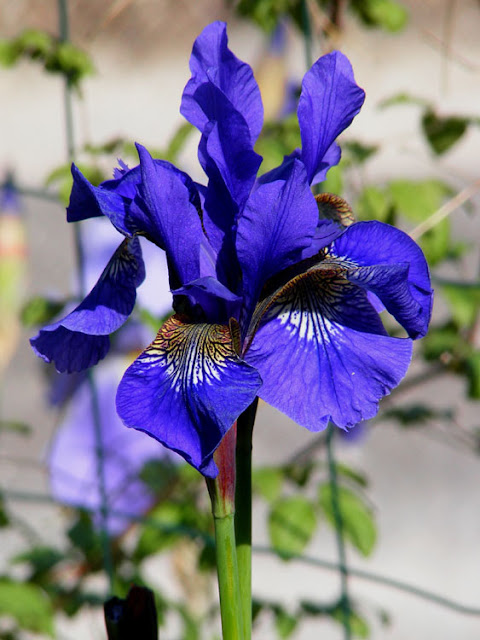 Just now they are putting on a lovely show in both the front courtyard and the back garden. Well, all of them, and their Bearded Iris mates, except Steve. He is obviously saving himself for a big finale to the iris flowering season, and is going to flower after everyone else. So tant pis, he misses out once again on being on the blog. His place is taken by one of the Pseudo-Steves, looking magnificent.


One of Steve's beardy mates. 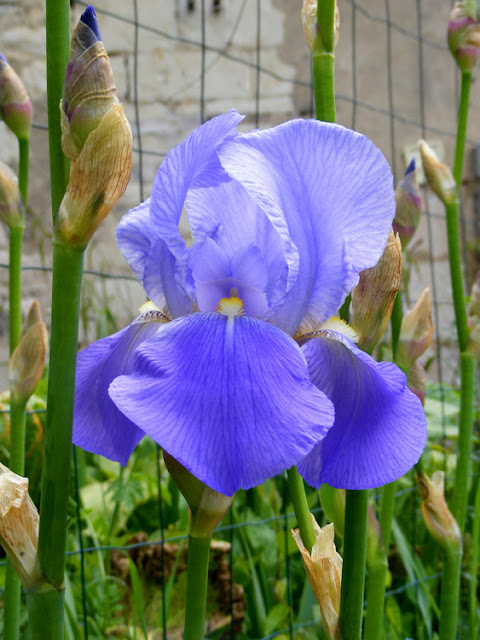 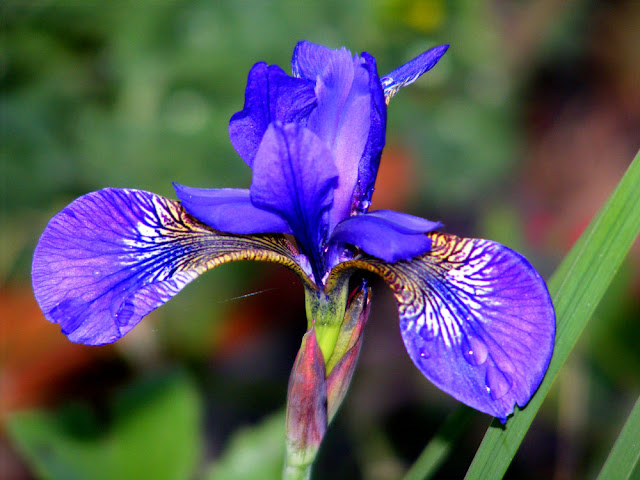 Seen some Blues, an off-course Wood White, a Peacock that had so little wing left it was surprising it could fly at all... and that is it, apart from a few day-flying moths.
It is 26 Centipedes here and the birds have stopped singing... at 10:40AM.
Large dark dragonfly has just passed and repassed the front door as I type... and while mowing paths in the meadow yesterday there were Damsels everywhere.
Meadow now fully accessible...

Tim: there seem to be high numbers of Adonis Blues, and Provencal Short-tails are around, very little else. All the hivernales have died. Plenty of Banded Demoiselles and Blue Featherlegs, not seeing anything else yet. Your dark dragonfly was probably a Common Clubtail -- there are a few around.

Nice to see Steve again. Siberians have an elegance that makes them one of my favorite flowers and I'm sure I don't have enough of them here. None of ours have the personality of Steve, though.

What a fabulous colour!

Carolyn: Did you know that Steve lives in the pot you gave us?

Absolutely beautiful! Are they easily available. We've planted some irises along the front gate that have just bloomed and want to add more for next year.