Ever since I joined the library we have been working our way through the history, patromoine and guidebook section. This means that over winter we have accumulated a list of places we must visit once the weather is better. Last Friday we actually managed one of the visits.

The ridge at Rouenceau into which the grottes are built 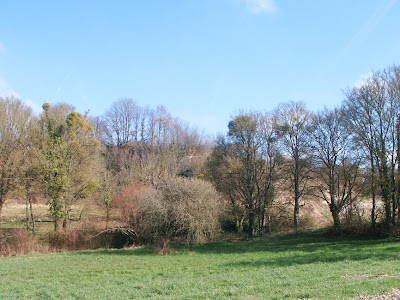 The grottes near Charnizay were built as refuges in the period between the Norman Invasion of the 10th century and the Feudal Wars about a hundred years later, when the Normans started beating up on each other (and the local peasants) rather than just the local peasants. They are built into a low cliff face about a kilometre from the village itself, and consist of a number of passages opening up off a central chamber. We didn't explore inside, because we forgot the torch. (You have it right - a caving expedition with no lighting is not our cleverest idea).

Almost hidden in the undergrowth 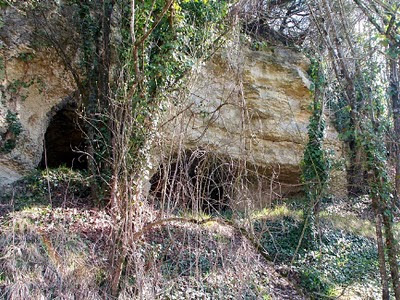 The passage on the right goes further than we did 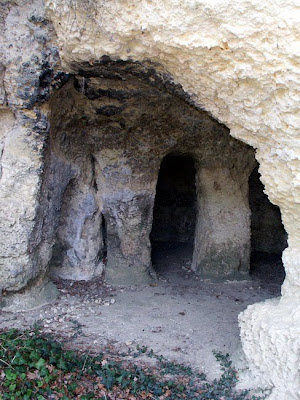 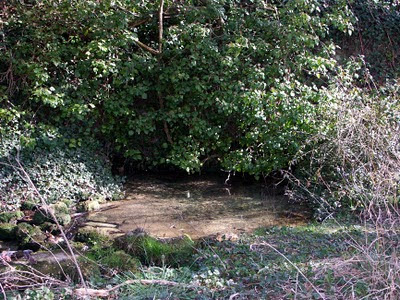 We will be returning, with torches at some time soon.

It's lovely to see the signs of spring in the photos - I didn't know the grottes were there - must take a look next time we are chez nous.

I didn't know either :-) so we'll go and have a look sometime.
Antoinette

Hope we will be treated to
tours of the other points of
interest you read about.