What Have We Been Doing?

Thus, we know Susan has been doing cherries (and other assorted garden stuff), and Stephane has being doing placo, but what have I been doing? It takes some effort to remember, but it's been mainly website stuff, which is dull, but necessary. In addition to that I have been carrying bits of placo around, pointing at things, buying other things, and planning yet more things. I also found time to lay some more tomettes, more on which at a later date. 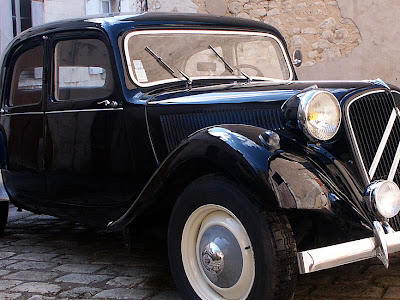 Yesterday I took a break from things and gave Célestine a wash, then de-slimed the front courtyard: it's amazing how green it became over winter, and how slippery the green stuff is when it's wet. Then Susan and I made a concentrated attack on some dust, which is our equivalent of painting the Forth Bridge. We expect huge clouds of dust again next week when we tackle sanding floorboards and plaster, but in the meantime we may spend a couple of days comparatively dust free.

Also, we have at last decided that it is safe to wash our winter clothes and put them away until winter arrives again. We can wash the clothes (because I fixed the washing machine), but getting them dry is a completely different matter. The last few days we have had storm warnings but not a drop of rain, whilst the sky has at times been cloud covered, incredibly stormy, or bright blue but not necessarily in that order. Putting anything outside feels like tempting fate so washing the car will probably be the straw that broke the camels back. We will see.

I wish I had something excitingly French to report, but even in our lives some days are just normal.