Today we have been living in France for half a year, and a pretty busy six months it has been too. For those of you who weren't paying attention at the time, I will re-cap:

May's big event was our move - the first half of the month was taken up with packing (which was hateful, as ever), cancelling things like the UK internet connection, having the phone disconnected and a million and one other little things. As is often the way with these things, the big things were easy by comparison. We left London on the 11th May and had an comparatively relaxing drive (except for an issue with the fanbelt on the car). We arrived in Preuilly on the 12th, exactly 182 days ago, and apart from my trip back to London to collect our plants (noble Simon...) and Susan's trip back for her conference we have settled in. 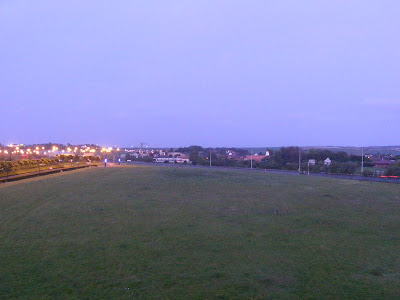 June's highlight was taking over care of the potager/verger, and getting to grips with a surplus of cherries. Our temporary kitchen arrangements worked surprisingly well, and we made 5 batches of cherry jam, froze some compote and stewed fruit. By the time next June arrives I may have forgotten the pressure we felt under to process all that fruit and be prepared to do it all again.

The undoubted highlight of July was the staircase: first of all laying tomettes for the bottom of the stairs to rest on, then the manufacture and installation of the stairs themselves. The stairs have made a huge difference to our lives: we have a house instead of a room to live in. 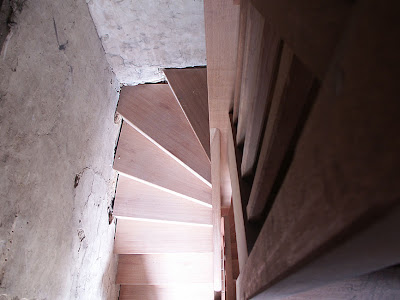 In August I revisited painting, starting with shutters and windows. I started painting the windows in August 2007(!) but didn't get around to doing the shutters to go with them. At the same time Susan painted the guest bedroom.

In September Célestine came into our lives. So far it has been great fun (if a little frustrating at times) getting to know her, but she is now settled in and doing fine.

Celestine at the Chateau in la Celle Guernand 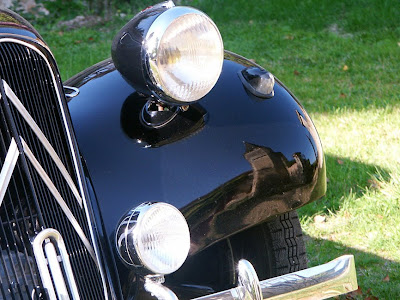 In October our chimney was built (and just in time!) This means we now have lovely warmth in at least one room of the house, and can even invite people to take their coats off when they call in. 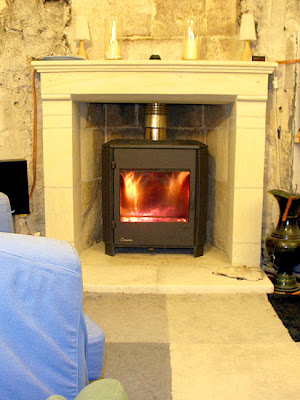 This month's tasks? Sorting out the back garden and the front courtyard.

Looking at all this I have given myself a bit of a shock - we appear to be doing a fair amount of style, what with the staircase, the fireplace and Célestine. Maybe Susan expected that, but style is something new (and slightly scary) to me. I hope it continues!

Email ThisBlogThis!Share to TwitterShare to FacebookShare to Pinterest
Labels: Random Thoughts, Staircase, The Car and Driving

What a busy time you have had and what a lot you have achieved !

Thanks Jean. I think we are doing OK - I veer between "we should be further along" and " we're doing quite nicely", but I'll take the middle ground

I'd love to see Celestine in the flesh [or should that be steel] - from the detail photo she looks to be in superb condition.

Tim: you are welcome to call around any time and see her. At the moment she's trapped in the garage, due to the garden works though. PM us for address and phone number :-)