The Battle of Poitiers

Just after Christmas we decided to undertake an "exploring Châtellerault" expedition. Châtellerault is our nearest town but being in a different Department it is somewhere we hardly ever visit, the main exception being to try sort out France Telecom. (This is supposedly not possible, because of the difference in Department - but I suspect it has more to do with France Telecom being impossible to sort out.) The most recent expedition was mainly unsuccessful because most of the shops were shut, but this left us some time to visit some places we had read about but never visited.
The site of the Battle of Poitiers 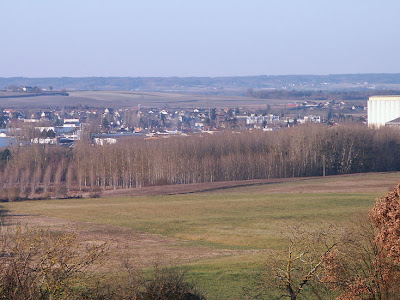 There are three events known as "the Battle of Poitiers": the first was between Clovis and the Huns in 507 , the second between Charles Martel/Eudes of Aquitaine against Abdul Rahman Al Ghafiqi in 732, and the third between Jean le Bon and Edward the Black Prince in 1356 . 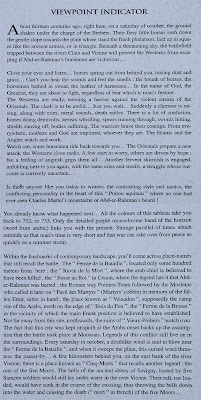 The second battle was fought at Moussais la Battaille just south of Châtellerault, and near the Roman town now known as "Vieux Poitiers" (Old Poitiers). The ruins of Vieux Poitiers are being excavated, but the site wasn't open so we have written that down for another day. After getting misled by strange road-signage (this is France, get used to that peculiarity) we found the visitors centre for the battle - which is actually quite good. There is a lot of information boards, and although the language is a bit flowery (click on the picture on the left for full effect) quite a bit of information.

This battle is presumed to be important because it is where the Moors were defeated heavily enough to stop their conquest of France, and therefore the rest of Europe.

This has been the cause of much debate by people cleverer than me*, but one fact that can't be disputed is that after the battle Charles was sufficiently strong enough to add Aquitaine (previously held by Eudes of Aquitaine) to the Carolingian Empire. This meant that the Charles (who not only added territories, but the epithet "Martell" - the Hammer - to his name) held most of what is now considered France (there is a map here).

These fields could claim to be where France was born. 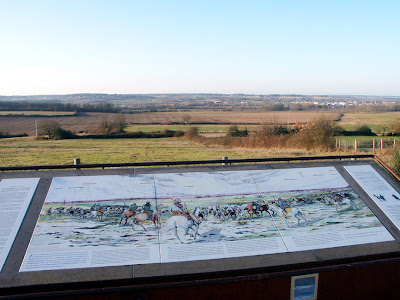 This is another important French historical site that you have to work hard to find out about, and even harder to find. Susan and I have discussed this, and have decided that locals know it's there, and no-one does boring history stuff on holiday, so not a lot of effort is put into advertising it. I would hazard a guess that school parties do visit (but in weather warmer than when we were there - my fingers almost froze onto the camera, despite what the photos may show) and that if you've been there as a kid you're probably not bothered enough to see it again. Or something.

Wikipedia has a lot more on the battle.

Email ThisBlogThis!Share to TwitterShare to FacebookShare to Pinterest
Labels: Prehistory, Towns and Villages near Preuilly

Facinating, most of which history I was completely unaware despite living there for a year as a student 'assistant anglais' in a school. In fact that should probably read 'because' I was there as a student, with other priorities that I vaguely remember. Any photos of the town itself? Would love to see how much it has changed...

Hi Peter – we did a post a while ago with a few shots of the main square in autumn – just use the search box at the top of the blog. It was too bleedin' cold to be outdoors just recently, so we went clothes shopping I'm afraid. I remember you saying that the town went dead after the bypass went in, but I think it has recovered. There are lots of shops, including an African grocers. Work on the bypass continues, btw.

Warfare is a fascinating subject. Despite the dubious morality of using violence to achieve personal or political aims. It remains that conflict has been used to do just that throughout recorded history.

Your article is very well done, a good read.