Christmas Eve is a big day in France. After "Le Reveillon" (the big Christmas meal, eaten with all the family on Christmas Eve) families go to church together.

I was out and about on Christmas eve taking photos of the decorations, and happened to be at the church as all the well fed and happy people were arriving for the service. I had my tripod with me (for once) so I stuck the camera on the tripod and recorded some bells. As you can see, I had previously set the tripod for taking a photo on a sloping street, but the sound isn't affected.


I also took some rather nice long exposure photos of the Abbaye: 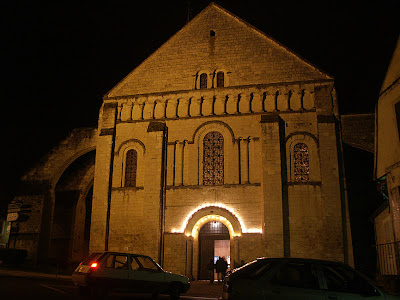 I love how massive and old the abbaye is from this angle. You can't see the 19th century "improvements" (i.e the Burgundian tiled steeple), and even the earlier restoration work doesn't detract from the very simple decoration. 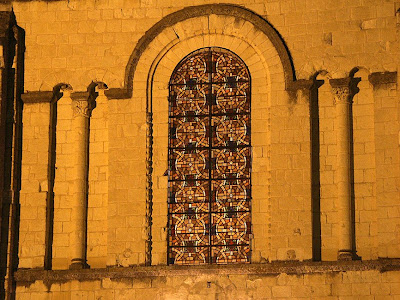 Later this year the Abbaye celebrates 1000 years since foundation. In 1909 there was a big event for its 900th, but we haven't seen any plans yet for this year. No doubt, though, that once plans are announced (and assuming we are in Preuilly when it happens) there will be more photos of this fine building.

Some of the windows, especially at the eastern end of the Abbaye, are a bit 19th century, and the painted stonework a little ornate, but even this can be quite attractive in the right light. 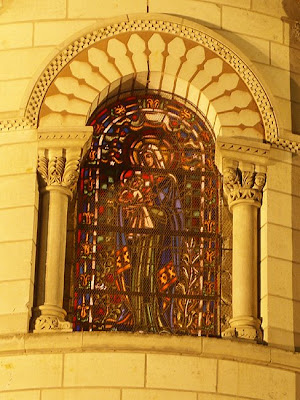 At this stage I was starting to get into taking three second exposures and I would have taken some photos of the other windows, but it was quite cool (about -3°C, or 26°F) and both sets of batteries for the camera ran out rather quickly even though I had the spare set keeping warm inside my jacket. I was starting to run low on power too...

New comments are not allowed.