Our local duck farmer holds a gourmet market annually on the last Sunday in October. It's always worth me going because I order our annual fresh foie gras which we process after lunch at Rosemary and Jean-Michel's in early December. I also usually buy locally produced flour, walnut oil, goats cheese and river fish paste. It's an opportunity to chat with Greg, my local organic snail producer too. This year the weather was perishing and our visiting South African friends Joy and Jheanne accused me of taking them to the Arctic. Numbers at the market did not seem to be affected though, as most people come for the lunch, a duck based menu served in the barn. Here are some pictures from the event.


A walnut producer demonstrating a nifty tool for collecting the nuts. 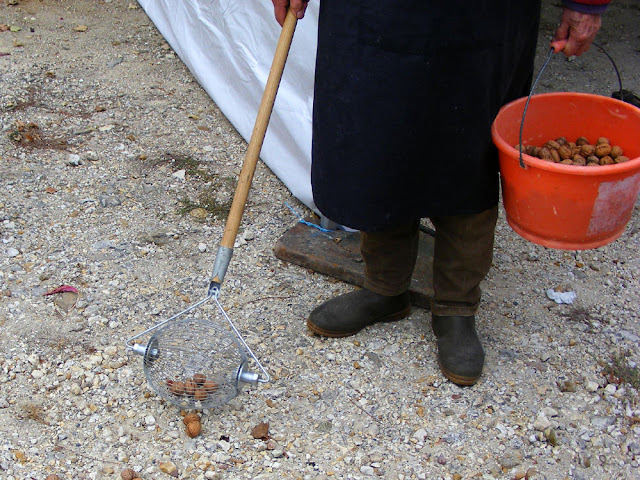 One of the half dozen professional river fishermen working the Loire in the Touraine. 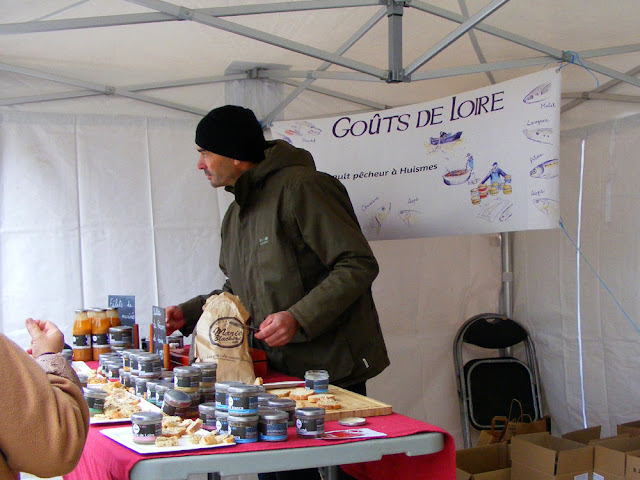 I bought a pot of smoked allis shad paste (Fr. rillettes d'Alose fumée). The fisherman obviously understood English because he observed me explaining all the products to Joy and Jheanne, saying I was doing a very good job. He told me that alose, which is a migratory fish making a return to the Loire after years of very low breeding numbers, is a relative of the sardine. Many locals remember it from their childhood and mourn its rarity now.


Greg's snail stall on the left, locally grown and milled flour on the right. 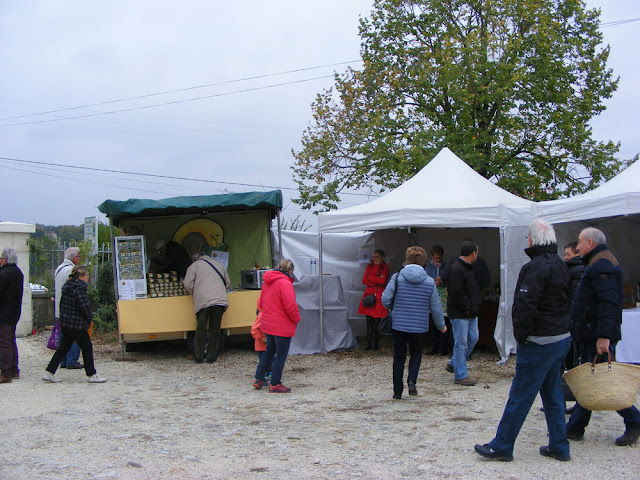 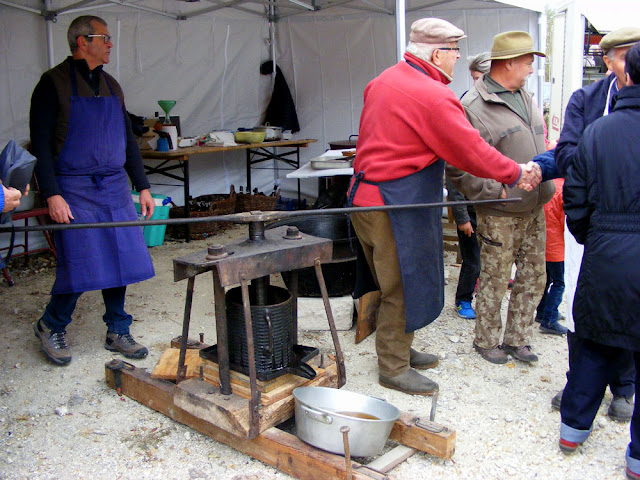 Yes, these guys were really enjoying themselves. I've no doubt one of them made the contraption. I buy a half litre of their oil every year.

Susan, the black bit and the screw mechanism and big rods with the huge nuts on, are part of an old bought one.... the side stays, wood base and the carry-handles are "modifications" that look to me to make it far more practical.
You can still buy them from a place in Italy [where we got our fruit press] but the screw mechanism has been replaced by a 10-tonne hydraulic jack upside down.

With this one though, I would love to know HOW they twisted the carrier beam!!