Back in May I went on a botany outing to a site near Saint Bauld. I started out wearing a sweatshirt but it very quickly became warm and I took it off and tied it around my waist.


Rabbits have grazed everything, including all the Burnt Tip Orchids here. 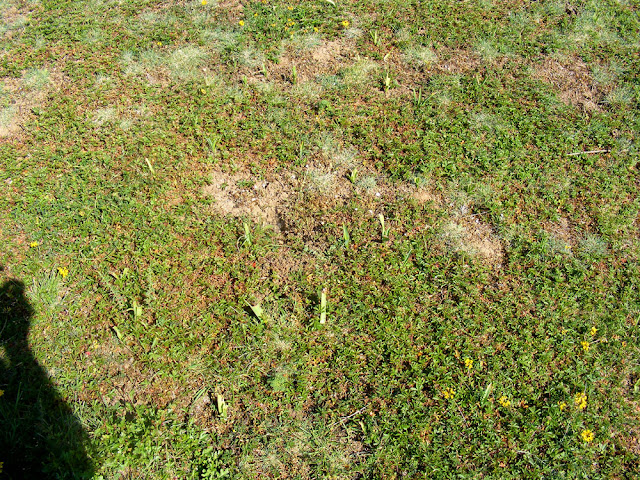 When we got back to the cars it suddenly dawned on me that I no longer had the sweatshirt. I did a whirlwind retracing of our steps.  Fortunately botanists move slowly, so never get very far and I was able to complete the circuit we did in under half an hour. I didn't see the sweatshirt on the ground anywhere though. With regret, I gave up. I was sad because my mother had made me the garment.


Then at the end of September I went on a fungi outing, meeting up with the same group of people. Chantal greeted me in the carpark at the Etang de Ribaloche in the Forest of Preuilly with a big smile and a black plastic bag. 'Take a look', she said, 'Christiane found your sweatshirt on her third return visit to the Saint Bauld site!" It was found lying on a rabbit warren and Christiane said she thought it smelled of rabbit pee.


The sweatshirt on the line (note trendy running pants to the right -- a new addition to the wardrobe). 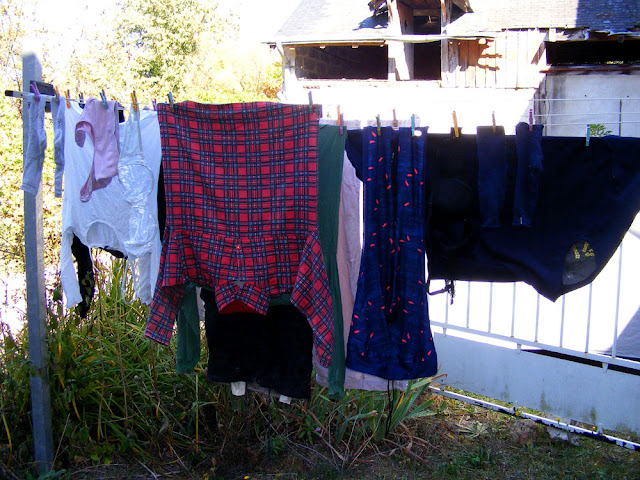 I took it home and washed it. It's acquired a couple of little holes it didn't have before, and the fabric feels a bit harsh from being in the sun for months, but I've worn it now a couple of times and it's fine. It was nice to get it back, just because of the sentimental value.

Email ThisBlogThis!Share to TwitterShare to FacebookShare to Pinterest
Labels: nature and wildlife, orchids, Our house in Preuilly

Trendy running pants lookto go quite well with the tartan of the sweatshirt!!

Glad you got back your sweatshirt. I know how you feel because I attach sentimental value to so many things!