Today is the centenary of the end of the First World War. It was a war that perhaps more than any other affected modern France. A generation died on the battlefield and France came frighteningly close to losing. Those in the trenches suffered tremendously as we all know, but there was real privation on the home front too, with food shortages everywhere and lack of skilled labour to produce even the staples of life.


Bertrand Beau has gathered together a collection of memorabilia from local families and it is exhibited in the Salle des Fetes. In his own attic he found two newspapers, dated 9 November 1918 and 12 November 1918. They had been annotated by his wife Christiane's grandmother at the time -- the reports of the day the Kaiser abdicated and the day the war ended. 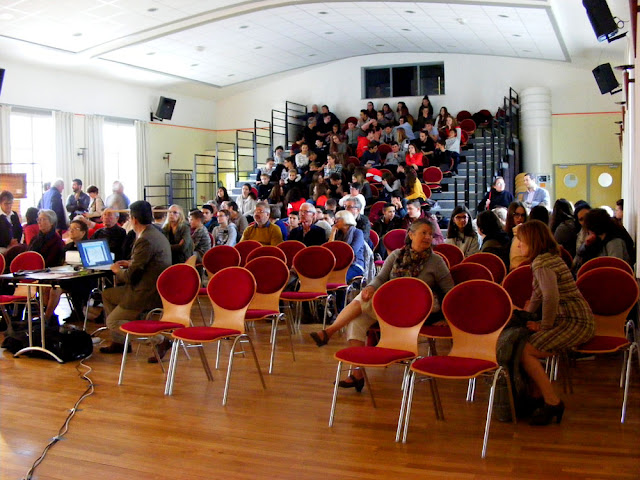 Mobilisation, requistion and calls to give up your gold for the war effort posters. 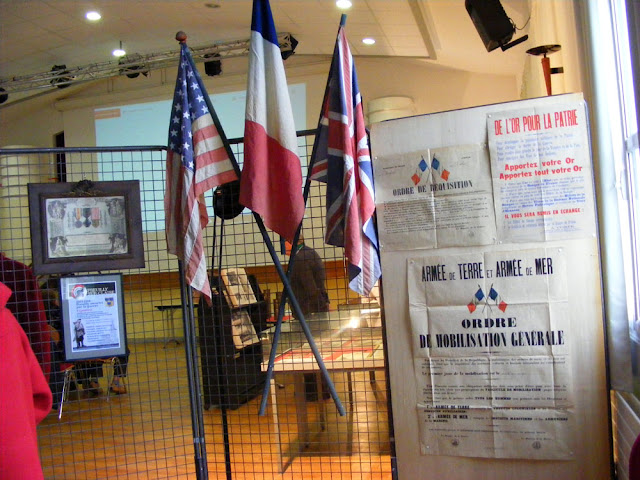 Family photos and trench art. The man middle right is A. Multon, the grandfather of Mme Foucher,
who survived to have Germans billeted on his farm in the Second World War. 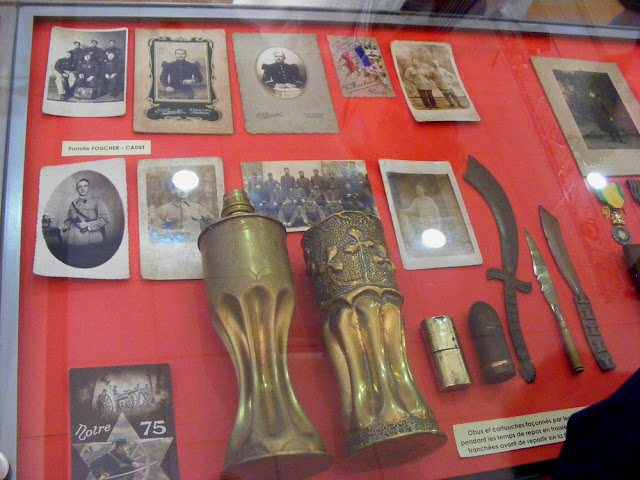 A diary from the trenches in neat tiny writing, and a pencil portrait. 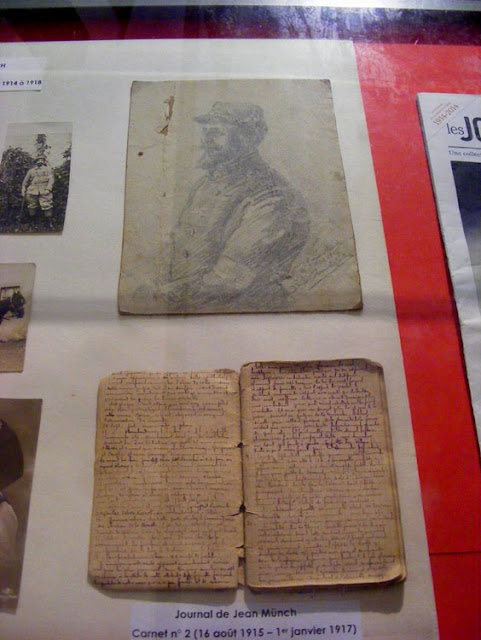 Michel, Jean-Claude and Albert look over the exhibition. 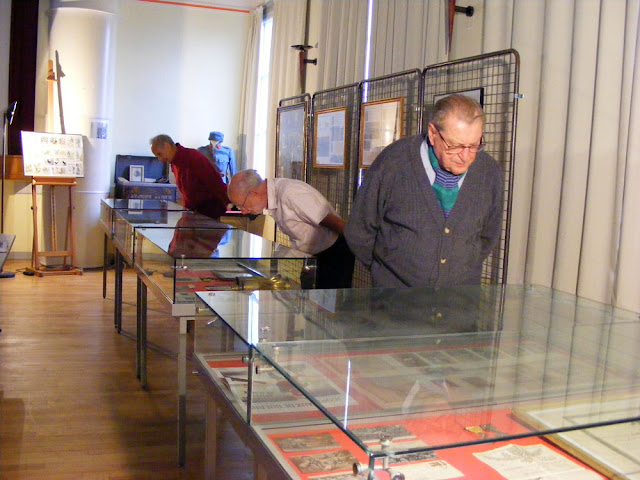 A trunk from the Joubert de la Motte family. 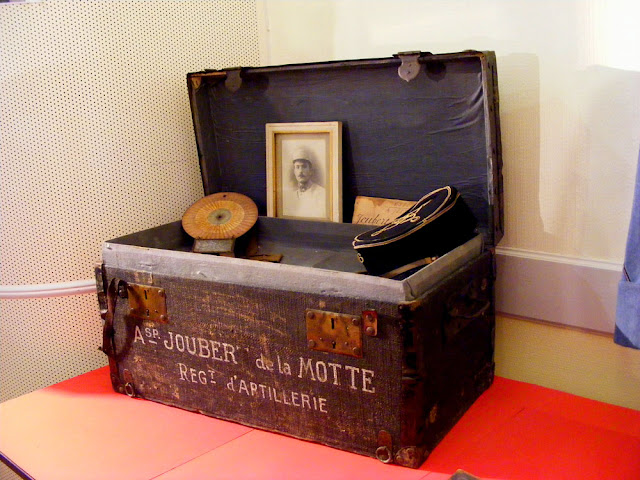 Talking about gold, my father gave to the state, for the war effort, several gold medal my grand-father (1817-1905) earned as a painter during his long career.

I just learnt that the word aspirant(Asp as seen on M. Joubert de la Motte's trunk) has the same meaning in English as in French.

I guess your family was in good company offering gold of such personal value. And thanks for telling me what Asp stood for. I was wondering.

Hate to pick , but our Union Flag looks as if it is upside down,
.

How can the Union Jack be upside down when whichever way you look at it, it is symmetrical?

Potty -- now that you mention it, I think you are right.

chm -- the Union flag isn't symmetrical. The white stripes are thicker one side of the red than the other. It means that to be correctly hung the thicker white stripe should be on top in top left quarter.

My bad. Thank you for the correction.

Not really off topic. Just looked at the replay of the celebration of Armistice Day 1918. Very moving. Couldn't see any representative of the United Kingdom. Not even a flag! Didn't they fight also in the Great War? La clé est cassée dans la serrure? Has Brexit soured relations with the E.U. to that point? Could spot the Australian flag, though.

A lot of people have made the same observation. Apparently there was a representative of the British government there however.