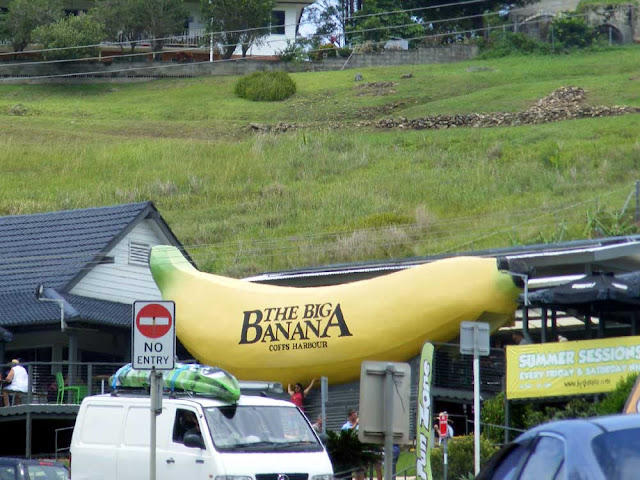 The Big Banana is a fun park at Coffs Harbour. The reason it has a banana based theme is that Coffs Harbour was once wall to wall banana plantations. Thirty years ago there were 1000 banana growers in the area. Now there are fewer than thirty.


Bananas in front of natural bushland. 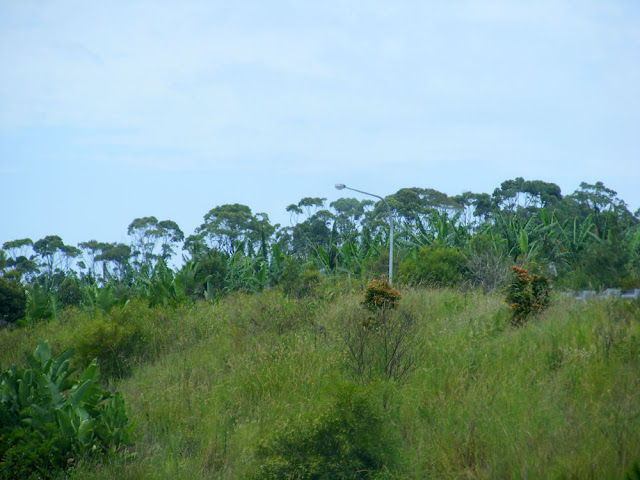 I took all these photos from the highway as we drove through. Two years earlier the plantations had been devastated first by a storm which felled banana palms left right and centre, then a drought which meant that bunch and fruit size was reduced. The only good news was that this sub-tropical area had not yet been hit by TR4 Panama Disease, which has caused havoc in tropical North Queensland plantations and threatens to wipe out Cavendish variety bananas globally. Coffs Harbour banana growers aren't taking any chances though. They are busy diversifying into avocadoes and blueberries.


Once this hillside would have been covered in bananas. 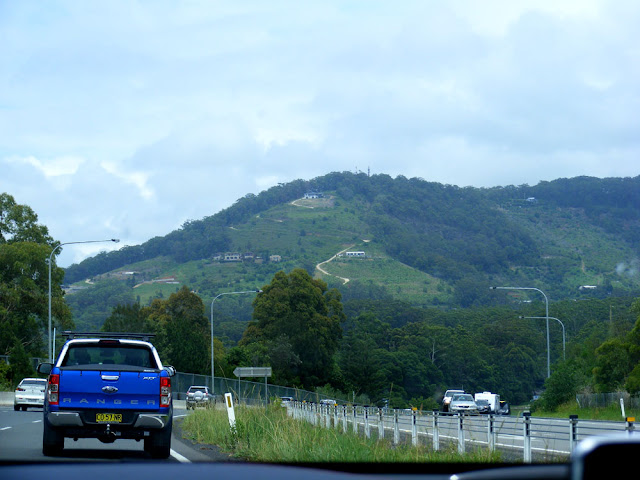 A house surrounded by bananas. 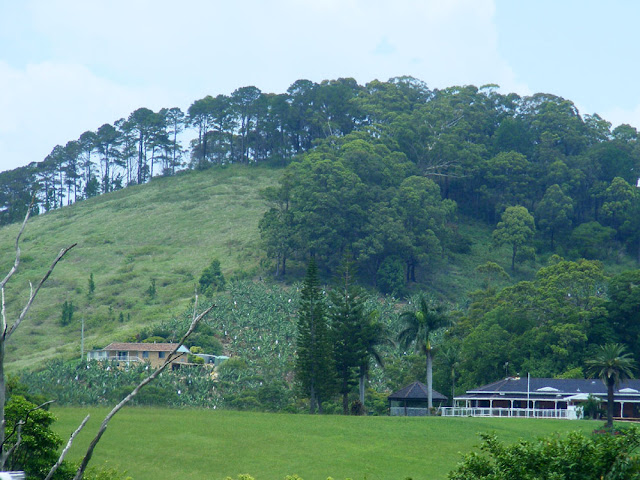 I've heard that Australian avocados are gigantic. What do you suppose is strapped to the top of the van in the first photo?

We still have plenty of Cavendish bananas in our market, but it seems to me as though the quality is lacking. They have big brown patches on them even when green.

I think the thing on the van is a canoe.