A couple of months ago I wrote about my excitement about seeing some of the places in Switzerland that I remembered from pictures in a book my parents gave me in 1966. 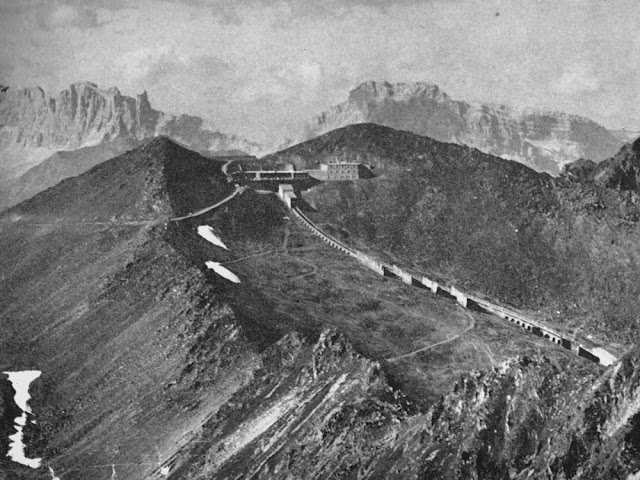 The Parsennbahn is one of those places. Built in 1931, the funicular railway comes in two parts with an interchange between the two. It is 4,048 metres (13,281 ft) long, which makes it one of the longest in Switzerland. The lower section was renovated in 2002 and the upper section in 2010. We rode up to the top of Weissfluhjoch on the funicular, and it was as spectacular as I had hoped. 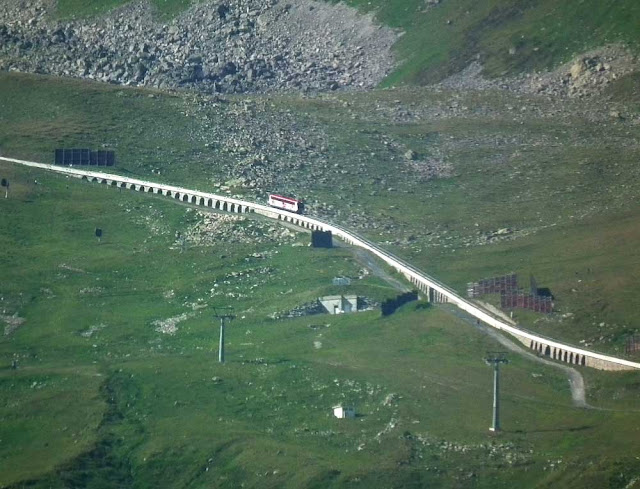 The view from the top station 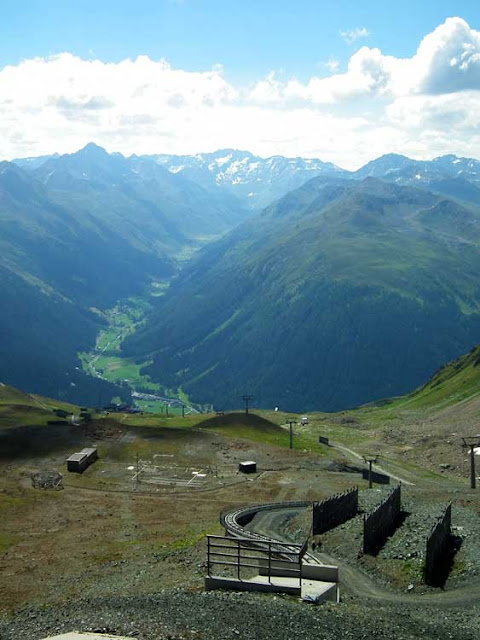 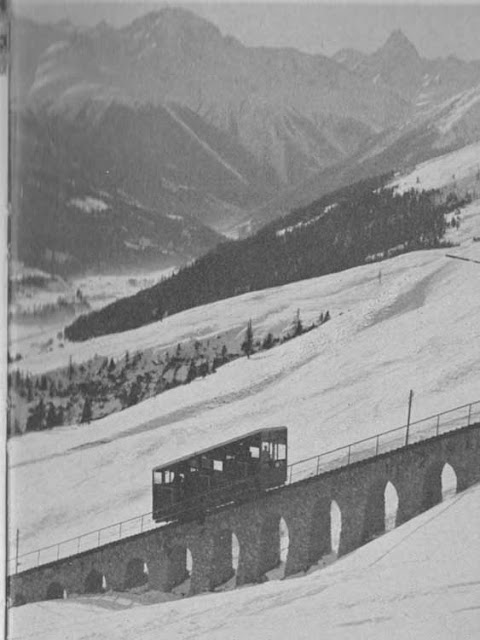 Can I say that I was so excited that Susan was starting to worry about me?
Posted by Simon at 09:00

Been on a FUN-icular in Austria/Switzerland [we were staying at Seefeld near the Austrian border 1965]...
I would have loved to have ridden on this one... the one we went on was a short, but FUN trip.... only slightly longer than the one at Saltaire in Yorkshire [also fun]...
Susan obviously doesn't understand things like this and their fascination to us "boys"!