The UNESCO World Heritage Albula Railway has many amazing pieces of engineering, but the Landwasser Viaduct is the best known of them. The bridge is 65 metres high, and one end of it starts where the railway exits a tunnel.

When I was a young bloke my parents gave me a book about trains (train mad, me as a kid...) and the following photo was one I must have looked at millions of times. To me it was an almost mythical thing of wonder. 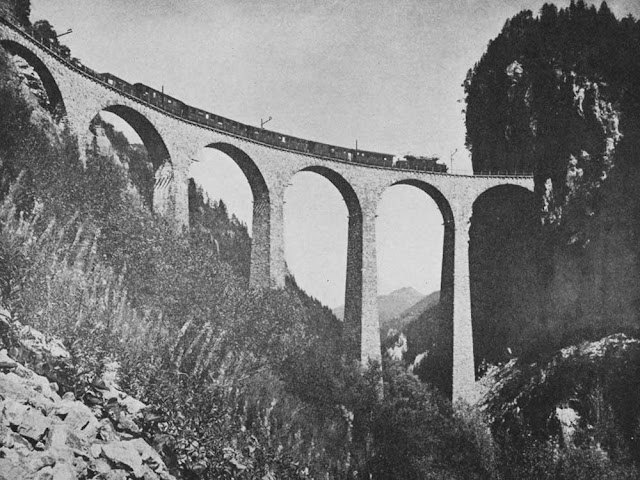 It never occurred to me that I would ever see such a thing - I was given the book when we still lived in London, and after moving to Australia, Switzerland was far too exotic (and too far away) to even contemplate visiting.

Catching a glimpse of the viaduct through the trees in July bought back a flood of memories of photos of amazing Swiss railways, and I had to seek the book out to see what else I had - after over 50 years - seen for the first time. There are a few (and you will get to see them over the next few weeks.


The Lanwasser viaduct from the train to Davos. 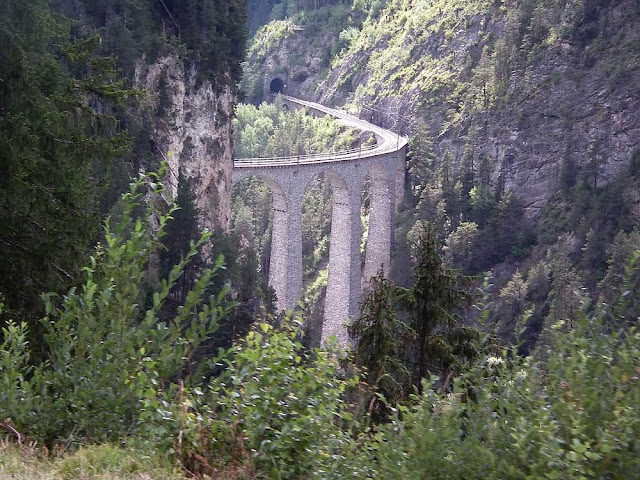