Things to do Before You Are Sixty


Early one morning a couple of weeks ago Simon received a one line email from his brother: "Do you think you would like to run one of the Davos events next year?" He answered before thinking too long that he would try a couple of weeks training before making a decision. That decision has now been made and  all of a sudden running shoes have been purchased, expert friends have been consulted for advice about equipment, training regimes, morale boosting and whether they'd like to join us. 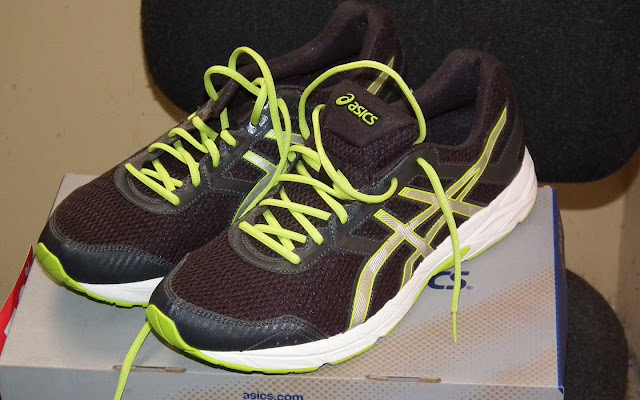 We began by walking about 5km in an hour in the morning, followed by swimming. After two weeks of this we haven't greatly increased the length of the walk but we are moving quicker. However, Swimming in Preuilly has now stopped, so we're looking for a nearby pool that's open all year round. The plan is to build up incrementally to running after Simon has achieved his first weight loss goal.


At the moment nothing is confirmed but we are thinking of doing the 22 km Alpine hike from Davos which you can run or walk as you wish, and you can use hiking poles. It looks an interesting little stroll, with 1074 metres of climbing to the top of Chorbsch Horn (2575 metres) before you descend back to Davos. You have 10 hours to finish it before they come and rescue you. There is always the worry that it may all fall through because one or other of us injures themselves in training and can't continue. Knees especially seem a risk factor, hence weight loss plans, but so far there have just been a few fleeting aches.

Simon at the GP's earlier this year. 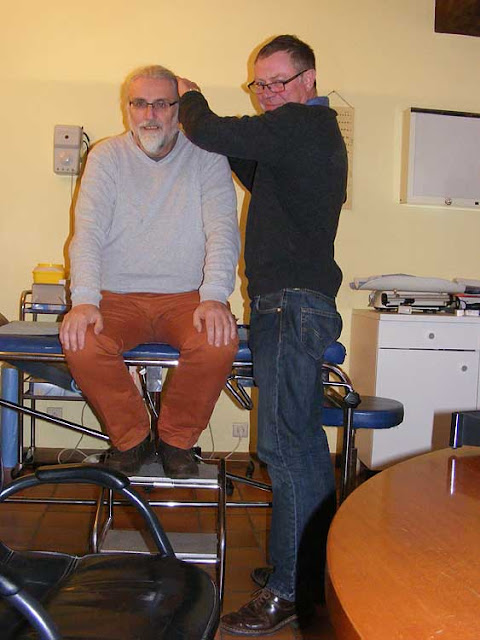 We've visited our GP and told him all about it. He had already spotted us out walking with purpose and indicated he was happy to see Simon walking at such a good pace. Then he raised an eyebrow at me and told me I'd better do something about my bad cholesterol levels (1.64 g/l at the last blood test, down from 1.99 in the previous one). My resting heartbeat is rather high (94) too. He and I blame my genes. My good cholesterol is excellent (currently 1.2 g/l, up from 1.02), as is my diet, blood pressure is OK (130 over 90), weight too (69 kg) but I have an unfortunate family history of heart disease of all sorts and have reached the age where it is beginning to tell.

My dear friend Simon,
As one who has absolutely no ability, nor can I say that even if I possessed such would I have the desire, to replicate the athletic heroics of my good friend and your brother Jonathan, I wish you well in your Athenian quest.
May your training days be happy and the kilos stay away, just like the fromage and croissants.
Happy training!