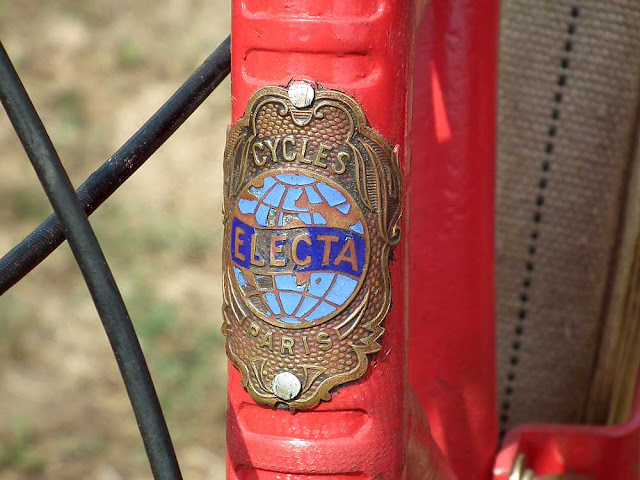 When we were in Mulhouse we visited the motor museum, and they were holding their "Vehicles in Uniform" open day. One of the more intriguing (and probably most weirdly stylish) pieces of equipment was this pompier's (fireman's) bicycle from the early years of the 20th century.

We can find very little information online, but from conversation with its owner we discovered that they were used in either in small villages that didn't have a larger brigade, or as a first response machine where larger machines couldn't go. 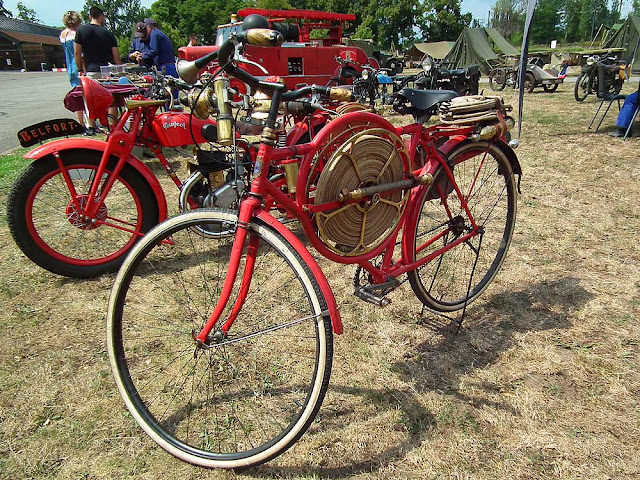 Susan gets the gen from the bicycle's owner 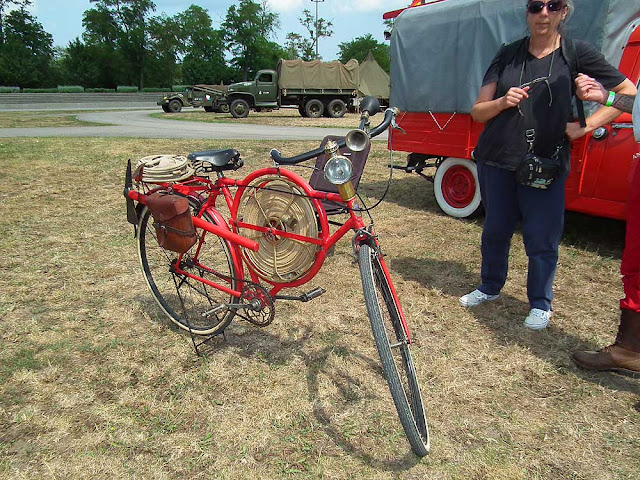 It carries all one needs for putting out a small fire, or at least keeping it at bay until reinforcements arrive. I can't remember exactly (and don't have photos that show it accurately enough) but I am fairly sure the brown canvas item on the back rack is a bucket. According to the owner the most important tool was the axe. It allowed the fireman to break down a door if necessary to rescue victims. Even if he couldn't put the fire out he could ensure nobody died.

We were particularly taken by its "siren", and also by its gas headlight.
Posted by Simon at 09:00

One can imagine the scrapes Jacques Tati might have got into with that.