Cotter Dam is about 20km west of Canberra, and until the 1960's was the source of Canberra's drinking water.

The original dam was built across the Cotter River in 1912, and a pumping station was completed in 1914. Water was pumped to a reservoir on Mount Stromlo, and from there was gravity fed to another reservoir (Red Hill) before being piped (gravity again...) into Canberra homes. In the late 60's other dams were built higher up the Cotter River which in normal years removed the need for the Cotter dam, but it was held in reserve for very dry years. 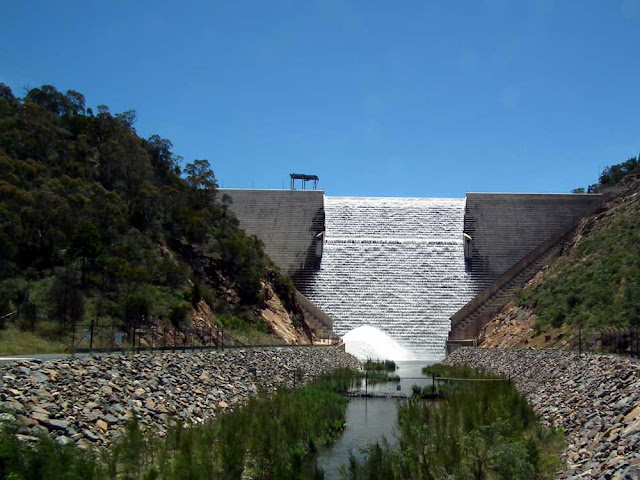 About 10 years ago it was decided that Canberra was still under-resourced when it came to water, so a new dam was built across the Cotter 100metres downstream of the old dam. The new dam is 87 metres high compared to the 31metres of the old dam, and holds twenty times the amount of water. The old dam (which is heritage listed) remains in place, invisible except in the dryest of years. It serves as a silt trap, stopping soil build up against the new dam wall. 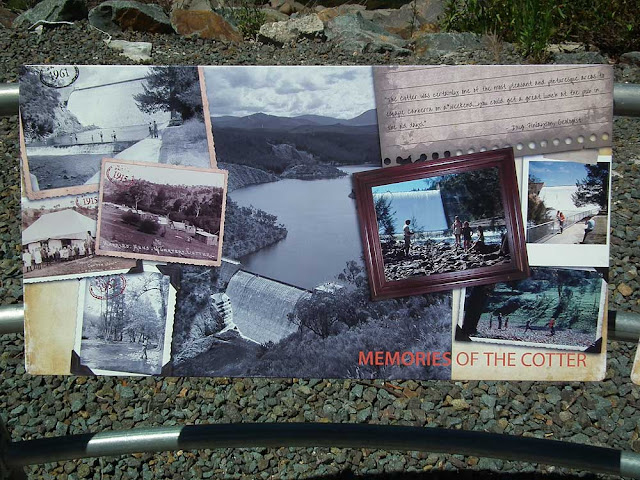 "The Cotter" was one of the favorite recreation areas near Canberra when I was growing up. There was a couple of swimming places in the river below the dam, barbeque areas were plentiful, and there was the famous Cotter Tavern where we could buy ice-creams and adults could buy a drink. The Tavern went in the bushfires of 2003 and wasn't replaced, but the BBQ areas and the like are returning. (Of course it's not as good as when I were a lad...)

The dam and its catchement from Mount Stromlo 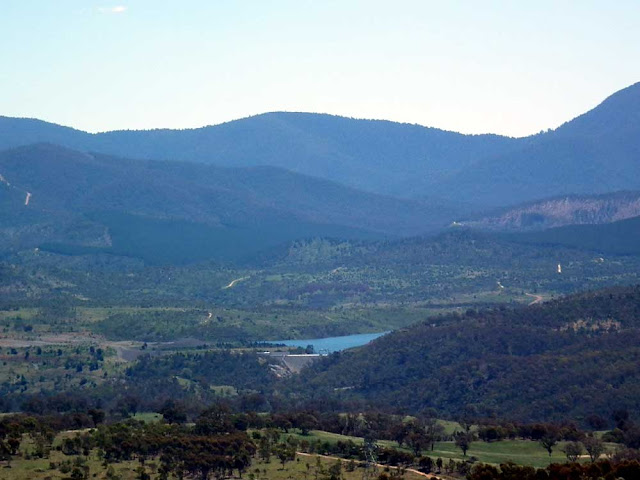