We haven't posted any photos of Preuilly sur Claise lately. Then I noticed that last month I had taken this shot of the Abbey Church. 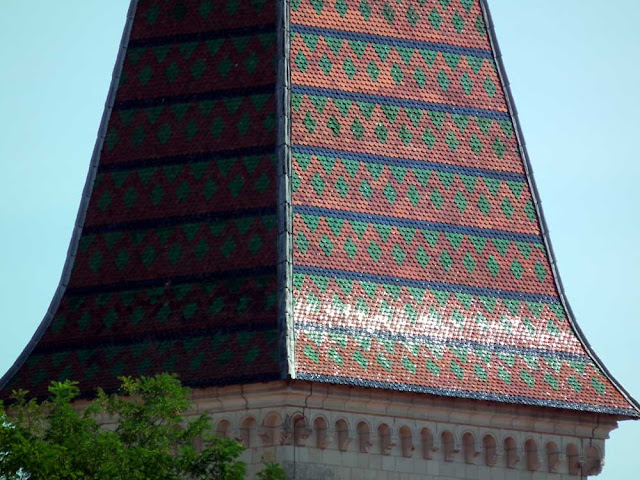 "Primitively two towers had to flank the church, each dominating an arm of the transept. Only the north tower was finished. But it collapsed in 1867 when demolishing the buildings that crowded her. She/it was rebuilt in 1873 and crowned of a polychrome roof of the most deplorable effect." from L’abbatiale Saint Pierre

Last week we were away working, but training didn't cease. We were in a hotel on a golf course which has a 10 metres pool, so both walking and swimming were possible. Even with reduced opportunity we managed 27km of walking and just over 2km of swimming.
Posted by Simon at 09:00

This kind of roof is a feature of Burgundy not of Touraine!