When we drove to Switzerland we didn't drive the easy way - we went via Germany, Austria and Liechtenstein, entering Swizerland via the St. Luzisteig Pass. 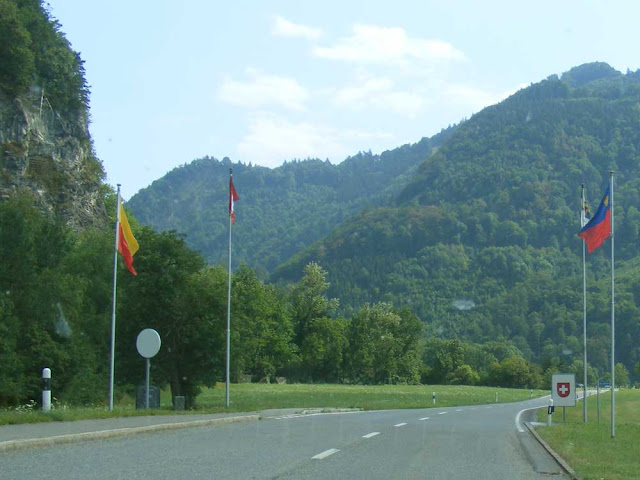 The pass is named after St Luzius (the Welsh King Lles ap Coel) who, legend has it, used it in AD166 to travel to Rome to ask the Pope to make him a Christian. The local Roman govenor beheaded Lazius, making him both the local Martyr and first bishop of Chur, before he returned to Wales to establish the Christian church there. Even though the Welsh king never existed, a case can be made for two stories being conflated...

The pass has long been a problem for communities at either end, so it has been constantly fortified and re-fortified, the lastest fort replacing one destroyed by the Austrians in 1622. The gate house of 1705 still exists, although most of the fortifications date from 1831. 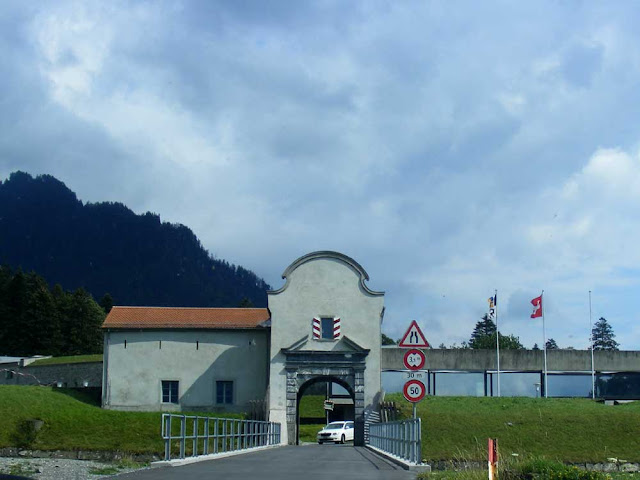 Until 2004 the fort was a Swiss army base, training cavalry troops. It now houses a military museum.