Yesterday Simon's brother participated in the Davos Swissalpine Irontrail Marathon. 42.9 gruelling kilometres in the Swiss Alps, up one valley, over a pass and back down another with a total climb (and subsequent descent) of 1425 metres. We were able to follow him by car up to the head of the first valley, and pick up the trail again on the way down the second valley. The pass was inaccessible glacial scree and not much fun to run although the view and scenery were reportedly amazing. Here is a series of photos documenting the day. This is one of those events where for most people time is of no consequence, it's all about finishing.


Simon and Jon just before the race began. Jon is drinking an espresso,
to the horror of a French fellow competitor (using stimulants!) 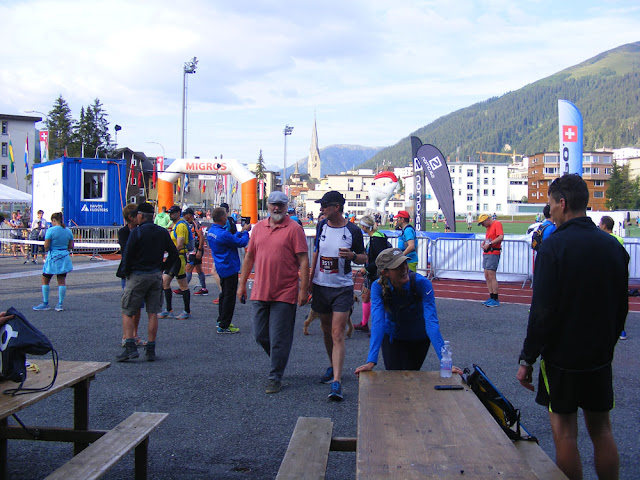 They're off! (To the strains of that Russian humming hero music) 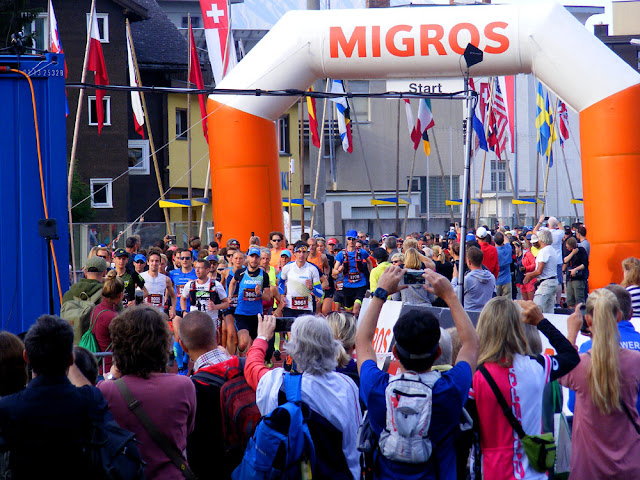 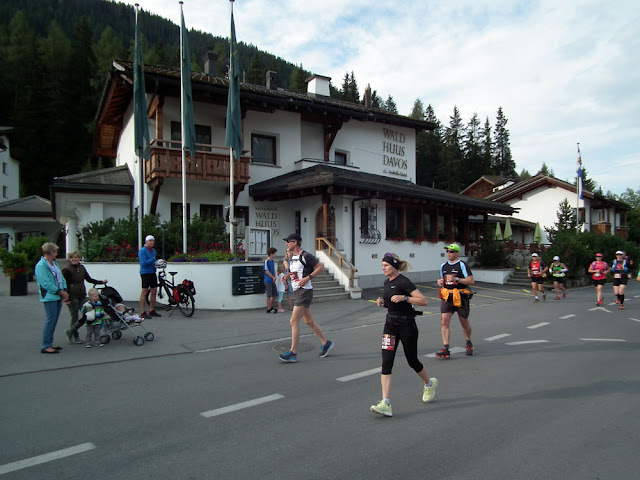 Running along the lower valley. This is the flat section. 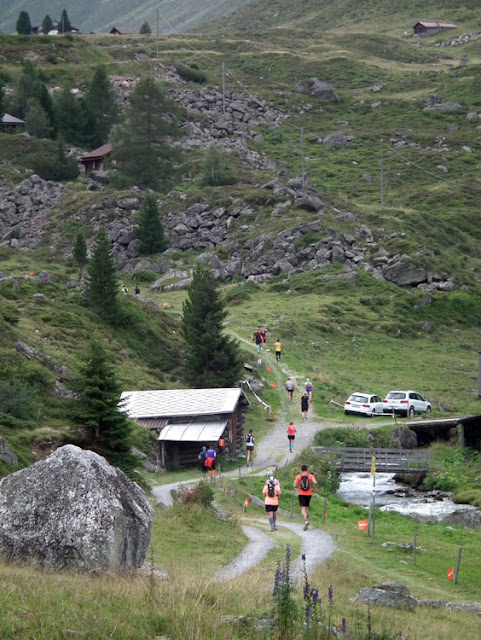 Beside the stream that flows down from the mountains. 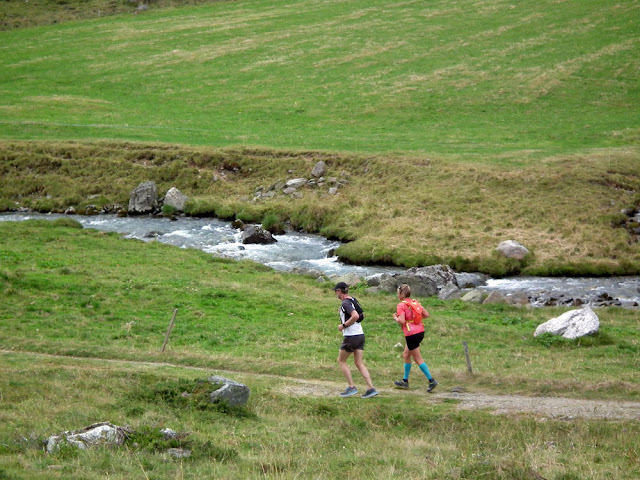 Jon heading for the pass. 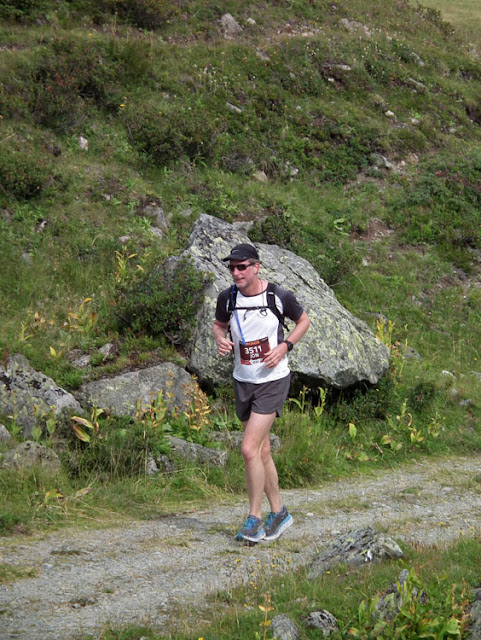 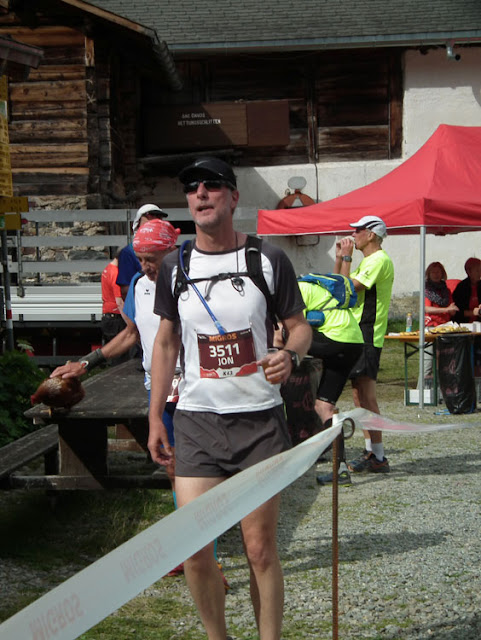 Soon after this the real climbing began and we couldn't follow. 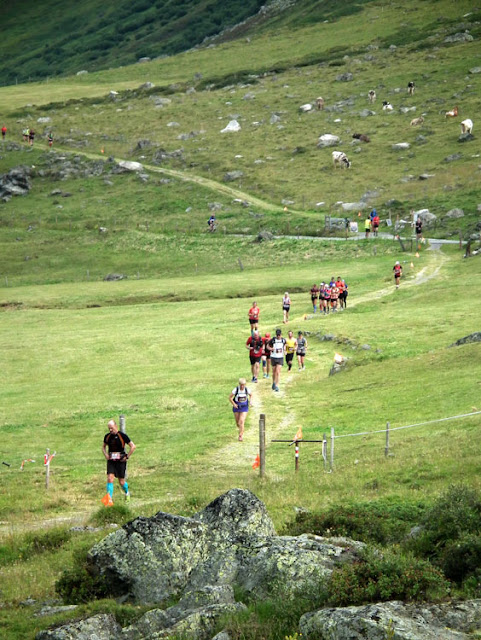 Going up where the roads don't go. This is just before it gets difficult... 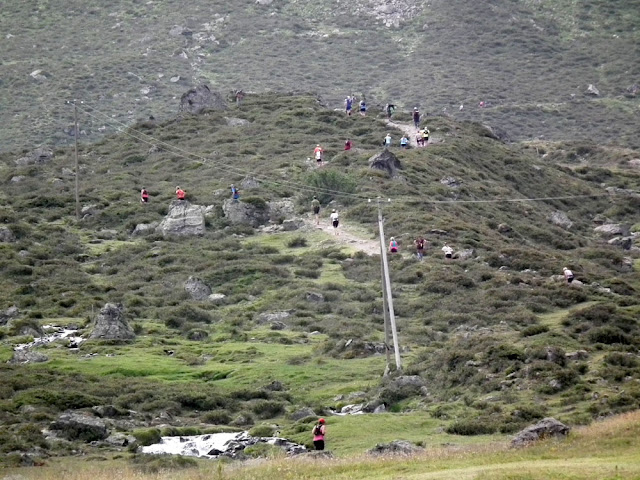 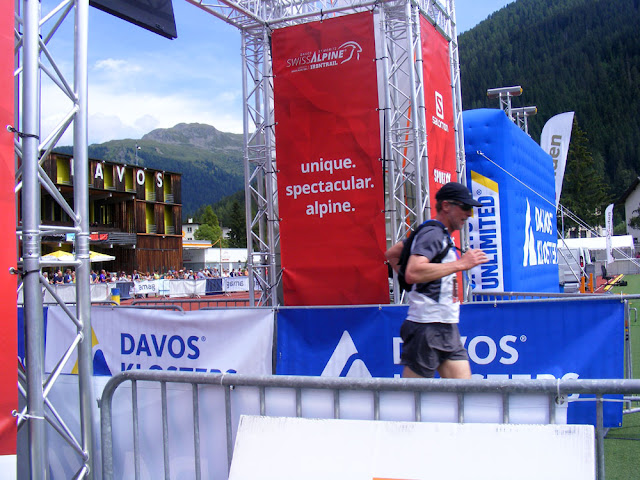 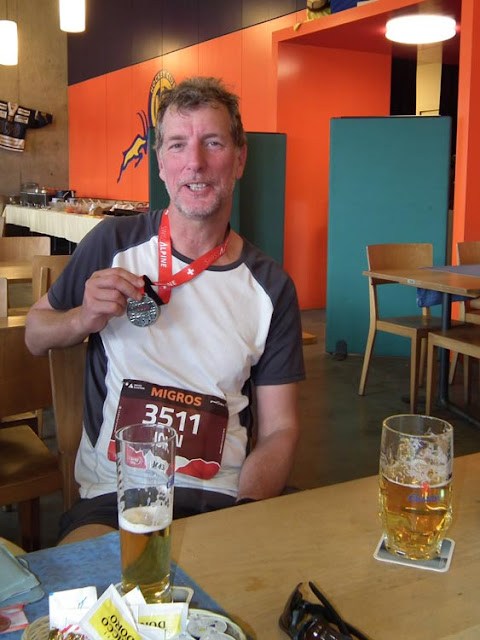 It really needs dedication to compete in that kind of event!

We agree, total dedication. We have shared it to our relations who do that sort of thing. Well Done Jon.