On Saturday 7 July biologist François Lefevbre, who I've been collaborating with recently, led a guided visit to a set of splendid underground galleries in le Grand Pressigny. He is a cave specialist and teasingly entitled the visit 'Life in the Caves', but quickly pointed out that it was about wildlife, not prehistoric humans. There is plenty of evidence of prehistoric human activity in the area, but not underground. These sorts of caves are not formed naturally by the action of water on the limestone geology, but by the action of man from the Middle Ages and after, in order to extract the stone for use as building material. 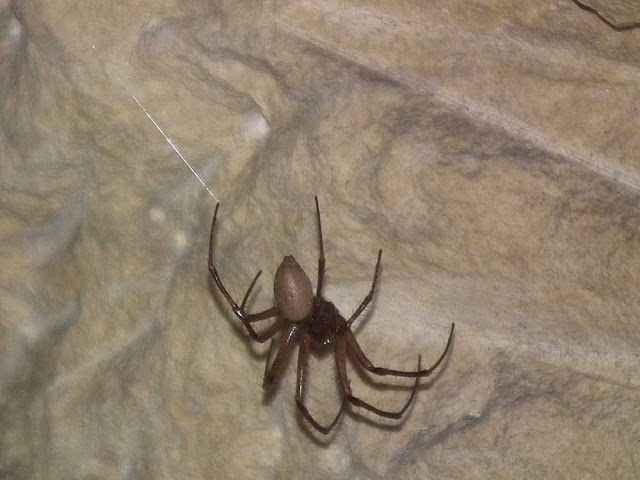 This particular cave is privately owned, and the owner, Pierre Mauduit, accompanied us on our visit. His family have owned it for several generations, as well as parts of the chateau, and he was full of interesting anecdotes. He pointed out, for example, graffiti from the Second World War, where his grandfather and others had written their names whilst sheltering from German guns down there. Part of the cave was rented out up until the 1970s and was used to cultivate button mushrooms. 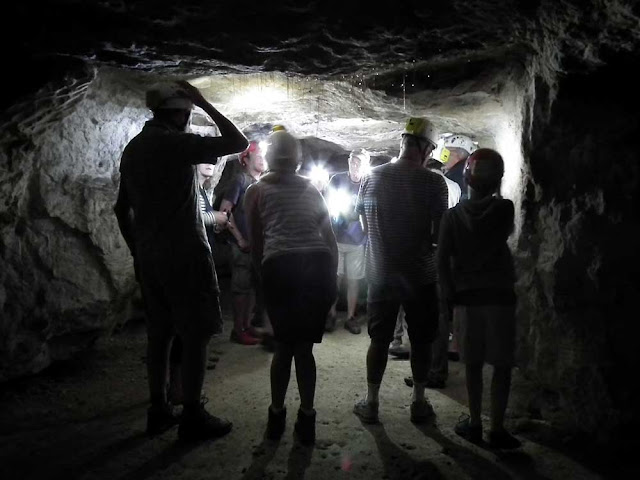 The cave is not considered safe and we had to get special permission to go underground. As we moved through the galleries we were invited to look out for and learn about all the living creatures that spend their lives, either because it is their preferred habitat, or because they have fallen in accidentally.


The traces of mushroom cultivation from decades ago. 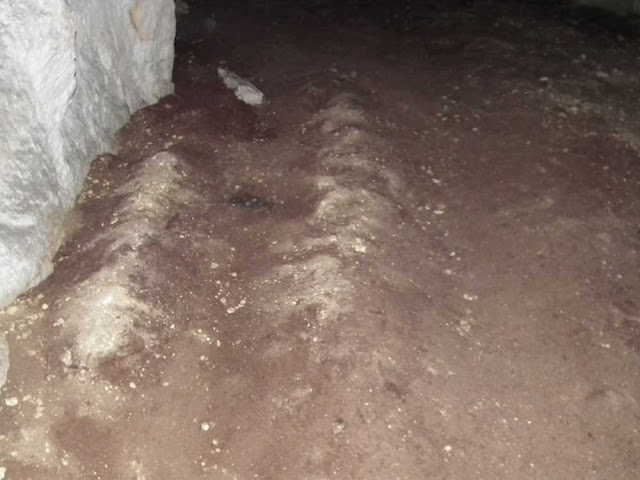 The first animal we encountered was an orb weaving Cave Spider Meta bourneti. I was really interested by how much the group, who were members of the public, enjoyed seeing the spider and learning about it. The lucky spider was surrounded by a good dozen Short-palped Crane Fly Limonia nubeculosa. They were just resting on the walls of the cave, not close enough to be lunch, but they wouldn't have wanted to fly off in the wrong direction. 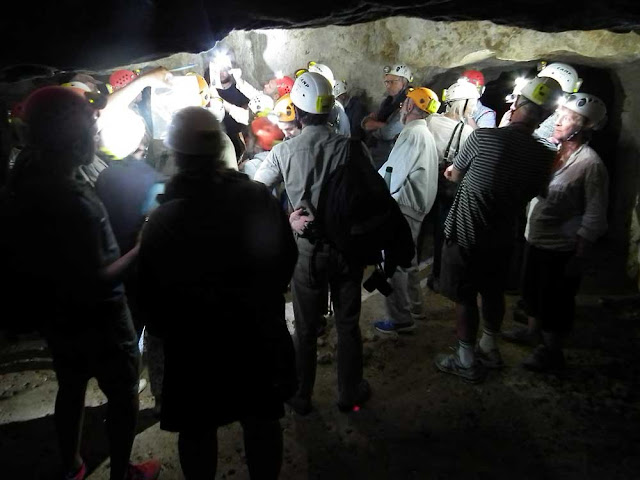 The spider lives in the cave all the time. It doesn't have much melanin, and would die if you put it outside. They are found near the entrances and below the air shafts, where they benefit from insects which just come in to shelter, such as the crane flies (which you could just as easily encounter in a wooded area with rotting logs where their larvae live).


The owner is the man not wearing protective head gear. 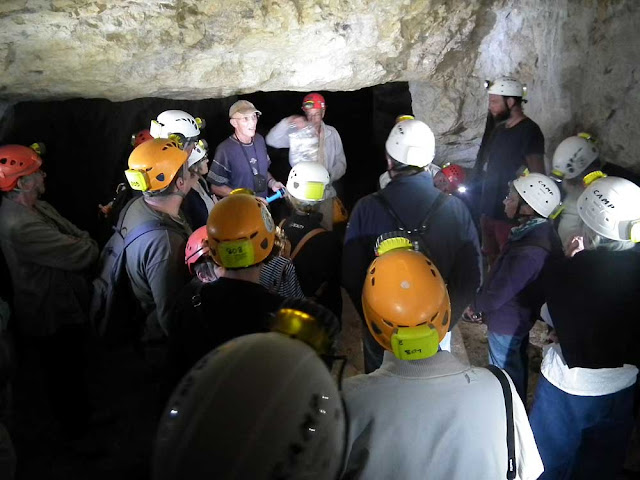 Close by was a group of the parasitoid wasp Diphyus quadripuntorius. They have long antennae to sense their prey and a long ovipositor for injecting a single egg into a noctuid moth caterpillar. Adult noctuids and wasps hibernate in these caves together, often side by side, but come spring, it's war! The wasps seek out the moths' caterpillars out in the countryside to lay their eggs, turning the caterpillars into a living larder. The wasps are completely harmless to people and cannot sting. 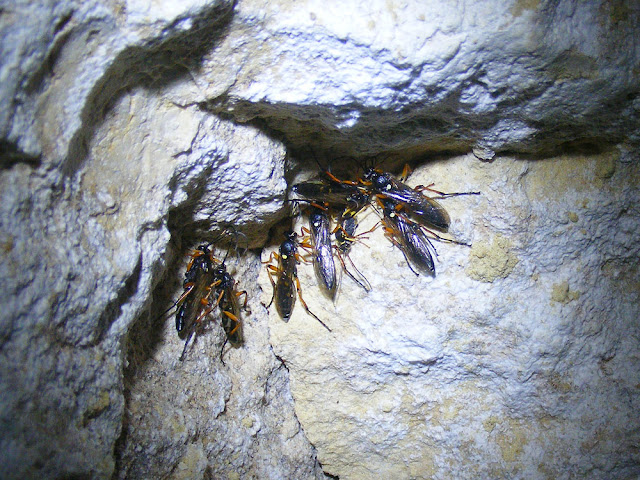 Once we got well into the caves there was evidence of bat occupancy (ie droppings). We were told that there are half a dozen species of bats that use the caves as a hibernation site, mainly Greater Horseshoe Bats Rhinolophus ferrumequinum. François also had two mummified Grey Long-eared Bats Plecotus austriacus in a bag, which had been found in the Savoie Tower of the chateau. Being summer, the bats were elsewhere, busy raising babies in the attics of nearby houses. Pierre Mauduit told us that he can remember coming into the caves in the 1980s and seeing the entire ceiling of one of the chambers covered in hanging hibernating Greater Horseshoe Bats. These days if you surveyed a cave like this and saw twenty bats in total you would be thrilled.

* I posted this photo on the FB group Invertebrates of Northern Europe and got a rapid expression of interest by the Natural History Museum in London. Looks like I might be contributing a photo to an article someone from there is writing on Diphyus quadripunctorius. Many thanks to Jaswinder Boparai, an ichneumonid specialist at the museum, for identifying the parasitoid wasps in my photo.
Posted by Susan at 09:00

Can't help thinking of Thai football team and coach stuck underground. Thank goodness they are all now secure but thoughts go out to their selfless recuers and the one that did not make it.

Luckily, this is a few days before the story broke.