An Evening of Fun

On Saturday I posted a video of the Retraite Aux Flambeaux, but there's more than just marching around town following a band and flaming torches.


Trying to get a hay baler through a crowd standing on the road. 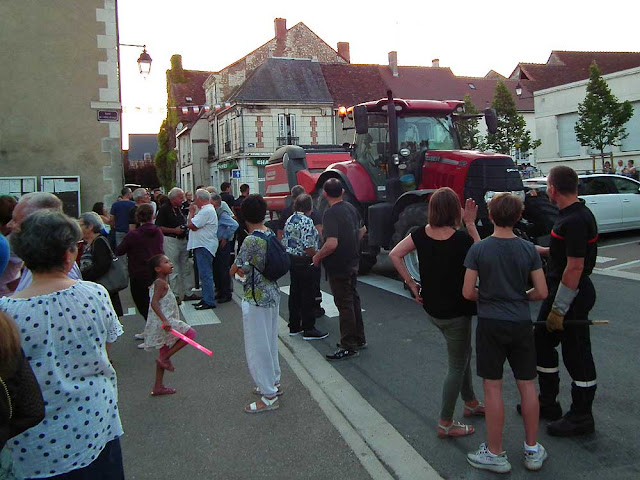 As customary we meet at the Mairie at 9.00pm. At that time it's still light - far too early to do flaming torches, so we stand around catching up on news and bising our way through the population of Preuilly. At about 9.30 the Pompiers start organising themselves with torches


Starting to get somewhere 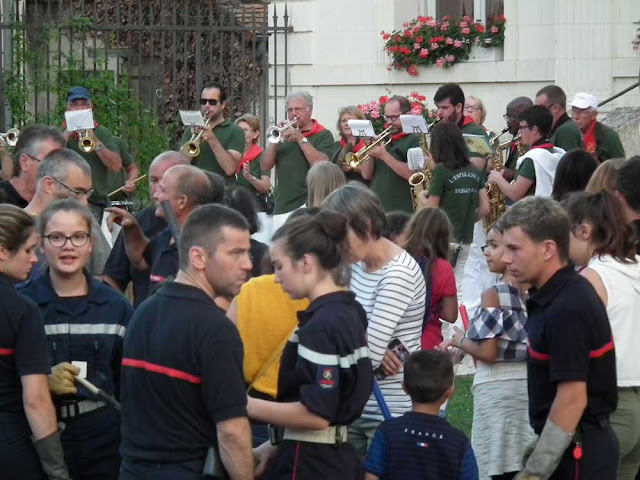 Once we're organised we follow the band around town, visiting the poterne (in front of the chateau) and crossing both bridges across the Claise before marching up the Grande Rue 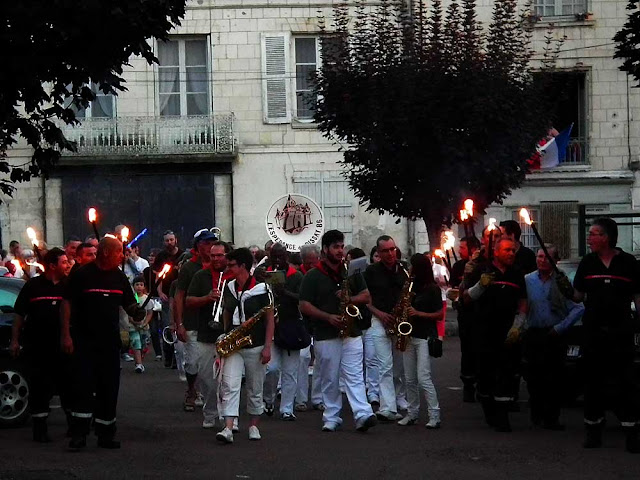 We then head off to the Plan d'Eau for fireworks, set to music. We are always surprised by how good the fireworks are for a town with a population of only 1,000 people. 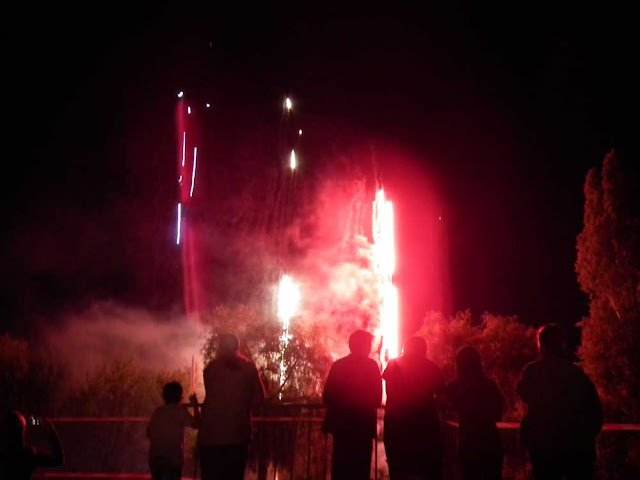 The evening finishes up with beer and dancing, which lasts well after we do - usually I return home after a couple of tunes to prepare a blog post about what we have done. This year I was home before midnight, but making the video took a couple of hours. Even then, I could hear the dancing was still going on. 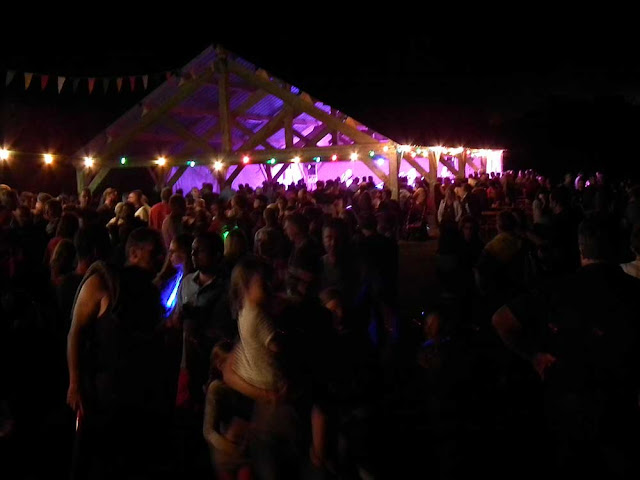 We always enjoy our Bastille Eve event, it is a highlight of the year. Next year why not join us?
Posted by Simon at 09:00