Gone to the Wall

When I was a young bloke living in Canberra we had very few museums and art galleries. This meant that apart from a visit to a dairy farm and one to Parliament house, school excursions were restricted to the Australian Instituite of Anatomy (Phar Lap's heart, skeletons, Papuan penis sheaths - photo here) which now no longer exists, and the Australian War Memorial (tanks, guns, airplanes).

No prizes for guessing which was more popular.


Lancaster G for George. There used to be more light in the Aircraft Hall 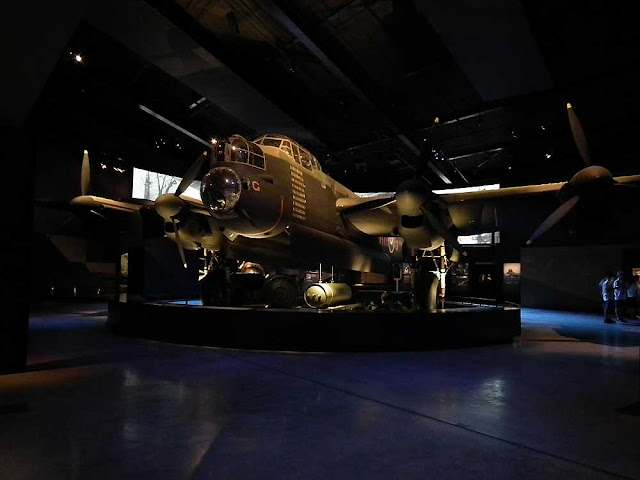 In 1972 a feature that I thought was the best ever thing ever done anywhere was unveiled, a mural showing all the aircraft type used by the Australian air forces between 1914 and 1968. It was massive - 4.5 metres by 60 metres - and incredibly detailed, and I had poster copies of it on my bedroom wall. It was painted by Harold Freeman, who was an official war artist during world war 2, and who went on the be the State Artist of Victoria.  Today the mural can't be seen after the aircraft gallery was redeveloped in 1999 and the mural hidden behind black panels. A poor image can be seen here.

Today some of the aircraft I remember from my childhood are still on display - Lancaster bomber G for George, a Spitfire fighter, and Albatross D.Va World War 1 german aircraft - but no mural.

You can't even buy the posters any more.