I am not the world's greatest football (soccer) fan.

For years I took an interest in the results of West Ham United, because of where I was born and my family, and for a period in the late 70's and early 80's I would go to games whever I was in London. When Susan and I moved to London in 1997 we lived within 500metres of Upton Park, the West Ham ground, but I only went to two games, so reduced was my interest.


Not yesterday's fireworks, but some we saw earlier this month 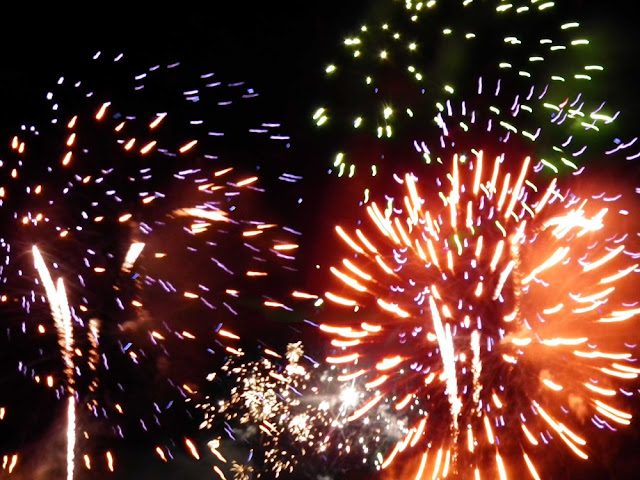 By the time we left London my interest had dried up completely, and until yesterday I hadn't watch a whole game of football since the FA Cup Final of 2006. Some regard that game as one of the greatest FA Cup Finals, but by then I was bored with the petulance of the players and the agressive tribalism of the supporters.

It is therefore somewhat ironic that I have been living in two countries when they won the World Cup. The first was England in 1966, when my father and I made an English flag to put in our front garden even though at the time I had no idea why. The seond time was yesterday, when a French team comprised of young men of all cultural backgrounds won the World Cup for the second time in 20 years.

I even watched all of it.