As we said before, this year we saw the Tour de France again. This year's third stage of the Tour de France at Cholet was graced by a number of véhicules publicitaires de caravane ancienne, which followed the regular caravan of sponsor's vehicles. Most (if not all) of the vehicles belong to a man called Lionel Blanleil, who has been collecting and restoring them for over 30 years. 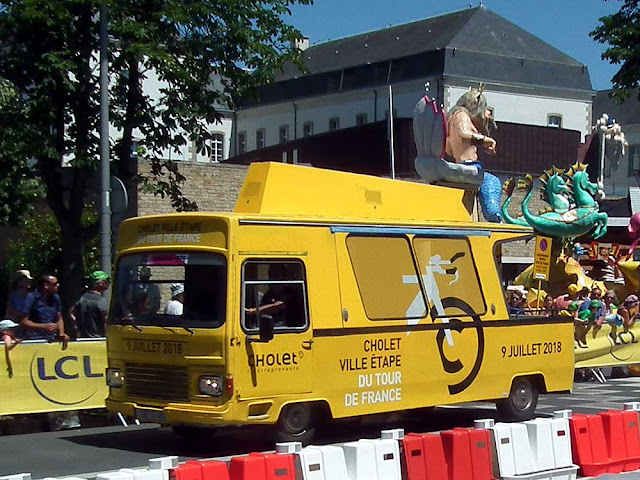 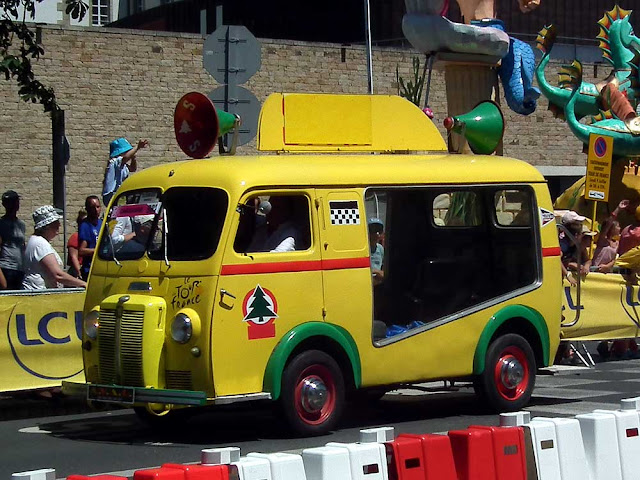 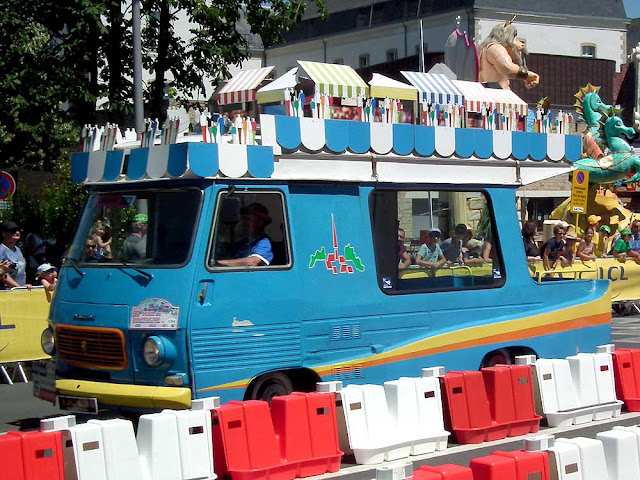 There were two Renault Butagaz promotional vehicles from 1961 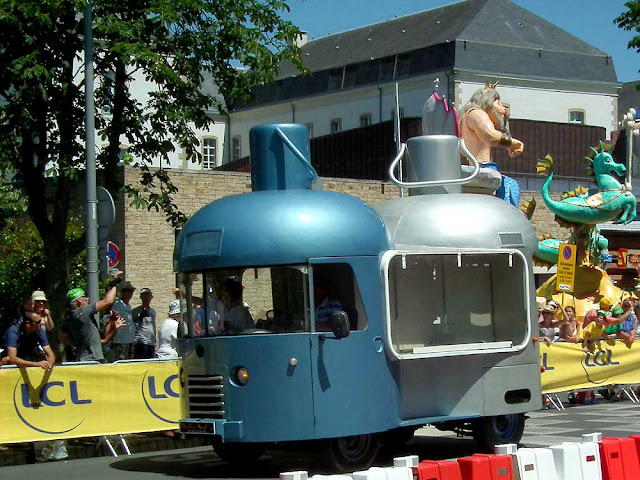 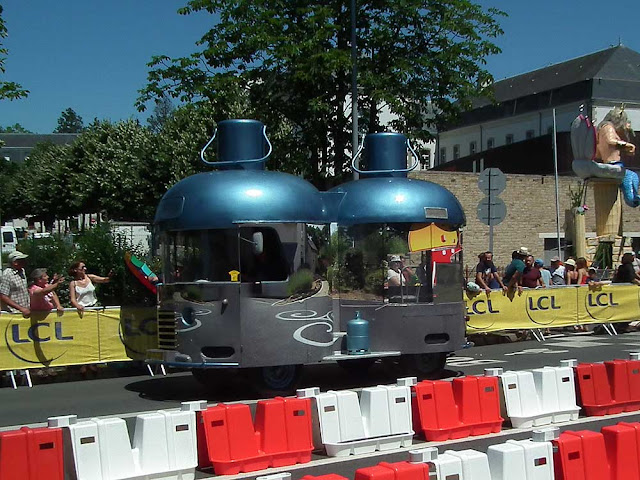 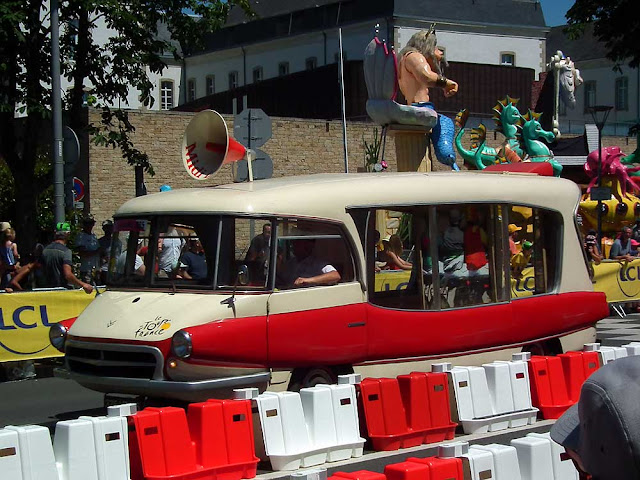 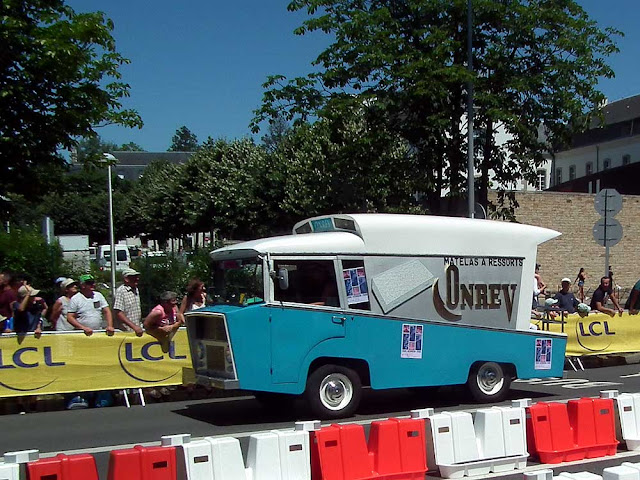 1960 Renault press van of la Nouvelle Republique.
There is an article (with photos) of this vehicle here 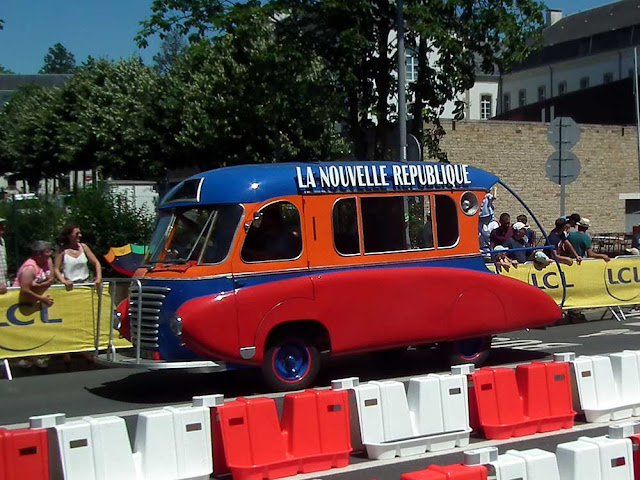 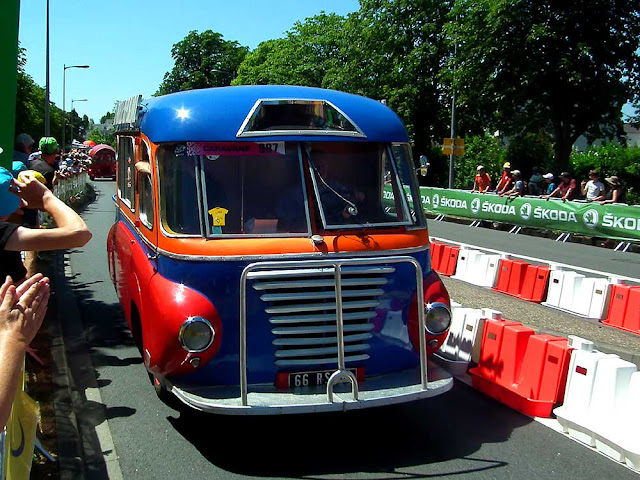 Renault 1400Kg Type R 2066 of 1953 advertising Byrrh.
Because it's France and 2018 the name of the product has been obscured,
because alcohol advertising is no longer legal 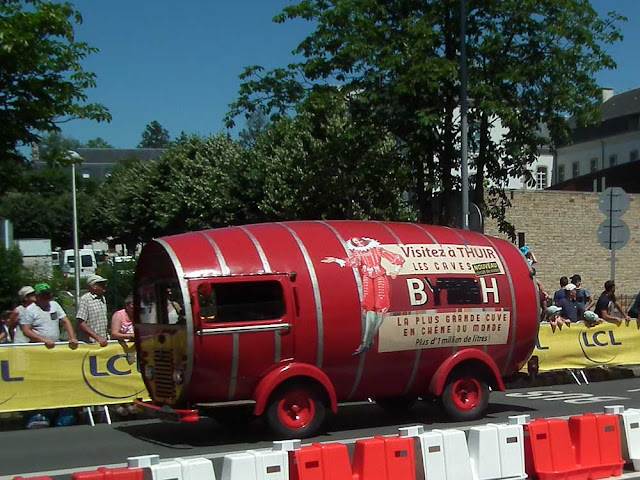 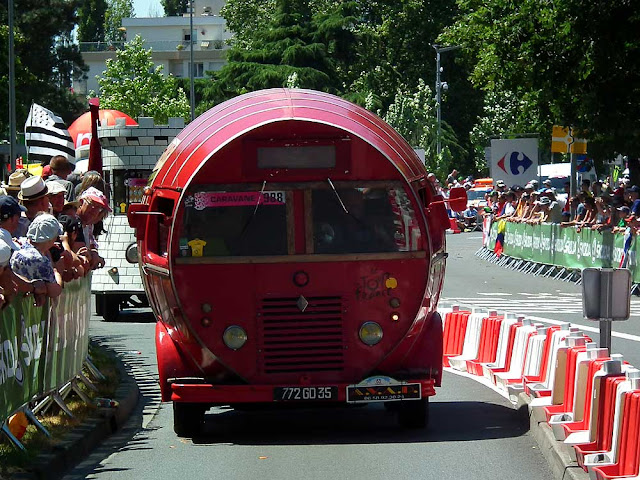 A 1966 Renault advertising Castelvin.
As with the previous vehicle, the branding has been obscured 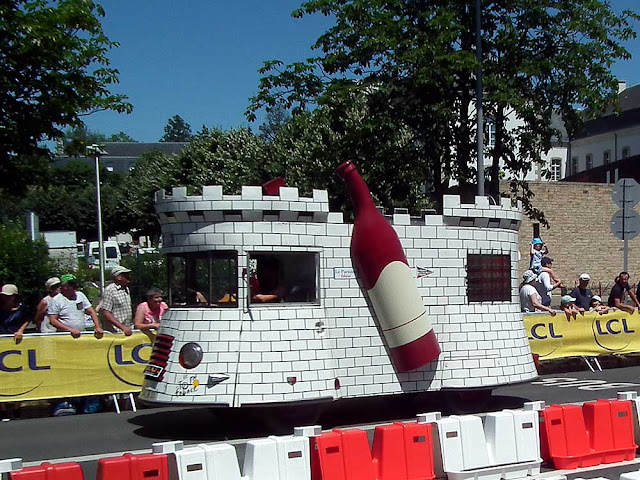 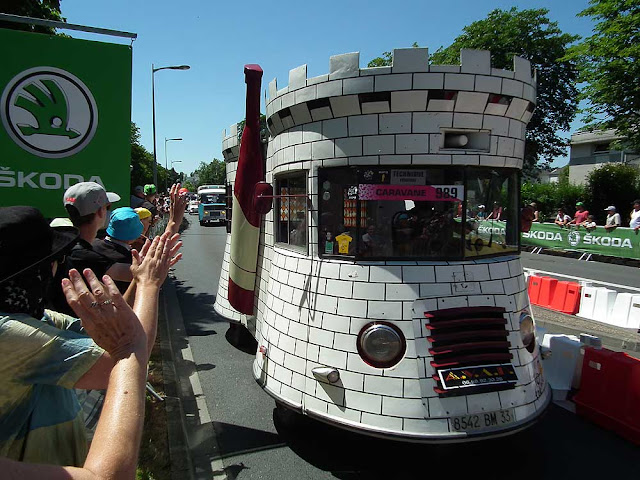 Wow! There’s some fantastic specimens there. Goes to show the great imagination put into the design of these vehicles.

The Midi Libre press bus would have made a great touring wagon.

Yup It would take you a while between gigs Simon...