I photographed this group of New South Wales policemen at the cricket in Sydney. I thought it would be interesting to compare their uniforms and duties to French policemen at the Tour de France. They were bemused but co-operative. 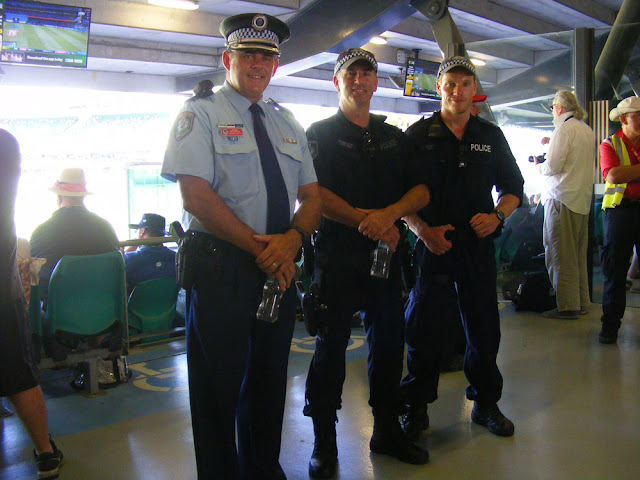 Unbeknownst to me at the time, the policeman on the left is Detective Chief Inspector Jason Smith, who co-ordinated Australia's biggest drugs bust just twelve months earlier. According to this article, even the French Navy was involved in the operation.

You can see French policemen at work in these posts:

It's the Rozzers! (18th century graffiti).

The Strong Arm of the Law