As any fule kno, there are two ways of getting from Sydney to Southern Queensland - drive to Newcastle then take either the New England Highway (inland) or the Pacific Highway (coastal). 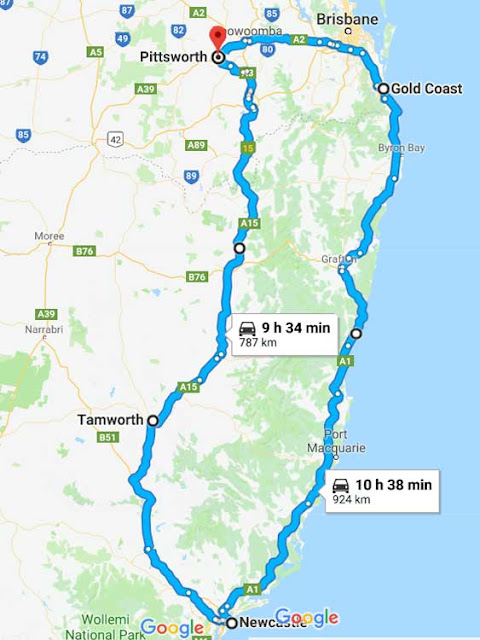 There is another route, one which avoids the main highways and gives spectacular views and that is Thunderbolt's Way. The road was mainly unsealed when we lived in Australia, but these days it has had a make-over. Although it wouldn't yet qualify as a highway (some of the sealed surface had been washed away) it's not a bad road.You really do need to make sure you buy fuel before you start, because there isn't a lot in the way of services along the way - only one town (and no other settlements) in the 200km between Barrington and Uralla. 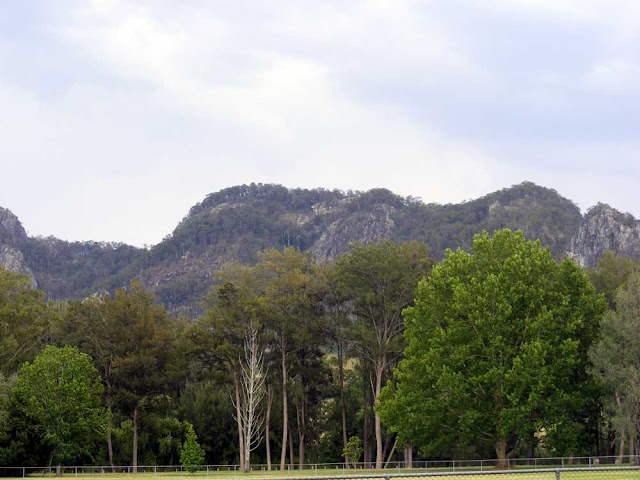 Due to lack of awareness we managed to be driving on the first day of the summer school holidays, something I only realised the day before we left. This filled me with trepidation and the fear of hours sat behind caravans. We did have issues crossing the Tomago bridge (that's a problem I can remember from almost 50 years ago), but one we turned off the Pacific Highway at Twelve Mile Creek we encountered almost no traffic - the roads were empty.


Newcastle to Pittsworth via Thunderbolt's Way 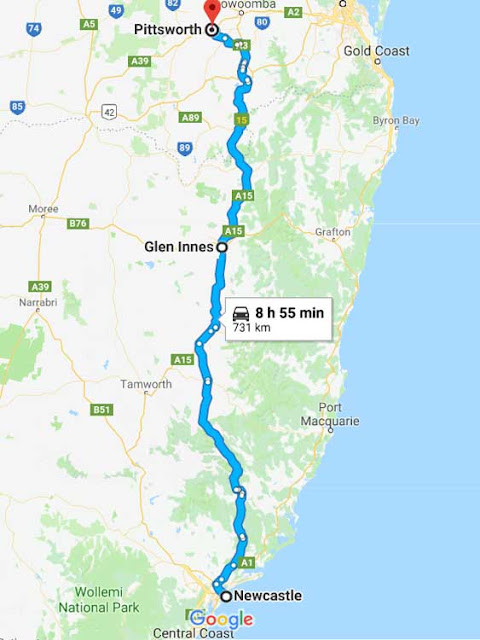 Talking of traffic jams and the school holidays, this afternoon we will be in le Blanc, traffic jamming. This will be our third go at the Bouchon du Blanc, which starts at 15h (3pm) and given good weather should be a blast.
Posted by Simon at 09:00